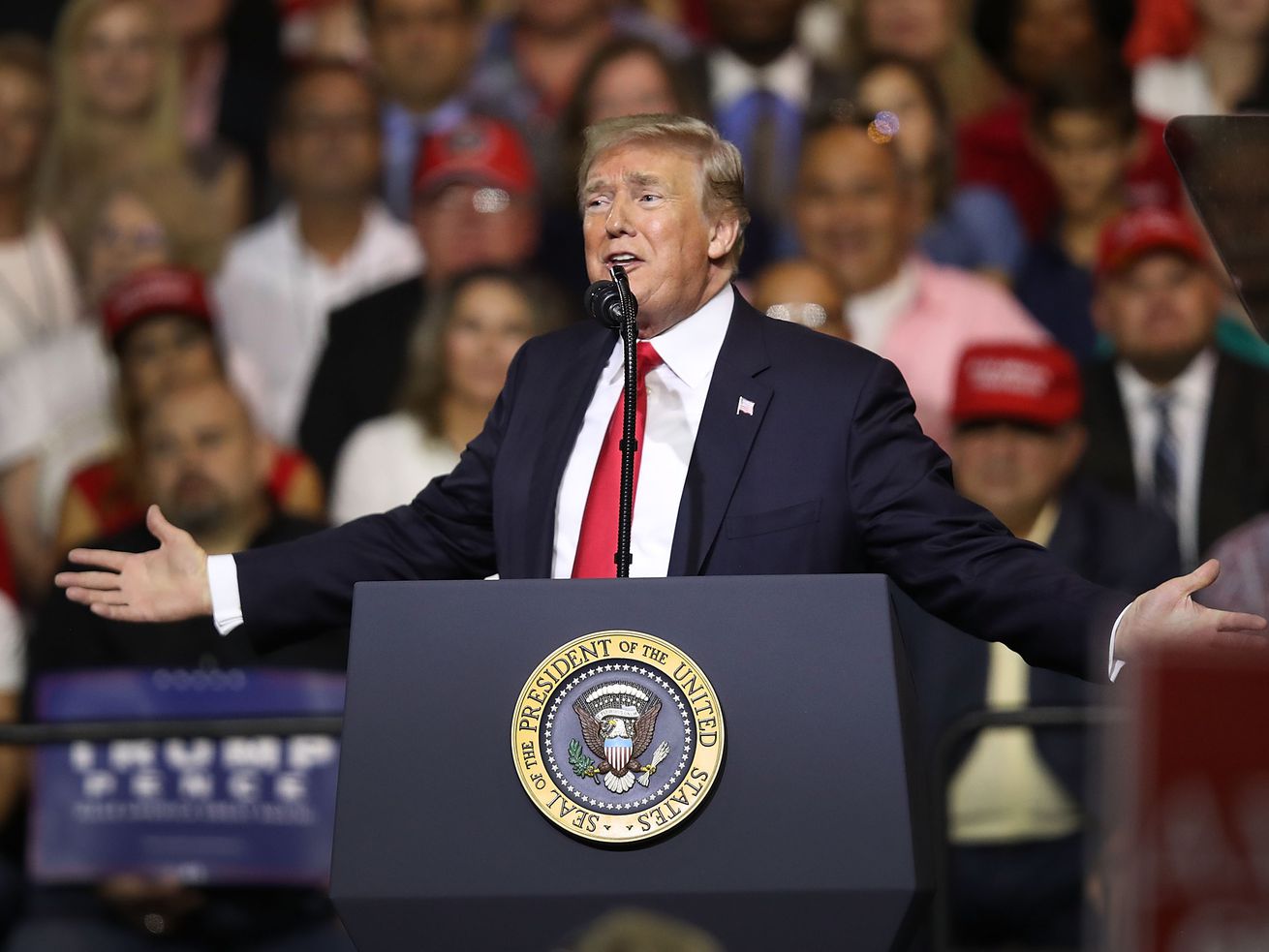 Florida has been a good state for Trump. Democrats want to change that.

Donald Trump’s approval rating is in the tank in almost every swing state that opened his path to victory in 2016. But Trump is officially announcing his bid for reelection Tuesday in the one place that’s an exception: Florida.

Florida is Trump’s strongest swing state. Not only is Trump’s approval rating in there relatively stable, but Republicans recently eked out two statewide wins in the state last November — in both the governor and the Senate races — during a Democratic wave election. With dwindling popularity in the rest of the country, Trump needs Florida to stay in office.

But both 2018 statewide elections were so close they went into recounts, and the Trump campaign isn’t exactly expecting an easy time of it in Florida in 2020. Democrats are also looking to invest heavily there, and bring back the voter turnout that delivered Barack Obama victory in 2008 and 2012. They’re building infrastructure to reach out to people of color and register more voters.

It should be said that Trump has a personal connection with the state; his Mar-a-Lago club, which he frequently visits and even hold official meetings at, is in the state, and some of his top campaign staff live there as well. Susie Wiles, who ran Trump’s Florida campaign in 2016, is advising his reelection and told Politico the state is a “must win.”

Trump’s presence in Orlando to officially launch his reelection bid is a signal that the president sees the state as a top priority.

Trump’s approval rating has been relatively stable in Florida

Three years into the Trump administration, the Rust Belt isn’t sold that Trump made America great again. In Wisconsin, Michigan, Ohio, and Pennsylvania — all states that were crucial to his victory in 2016 — Trump’s net approval rating is in the negatives (among those states, he’s doing the best in Ohio, with a net approval rating of -4).

Trump is currently polling better in Florida (his net approval rating sits at zero) than he is in Arizona, Iowa, Nevada, and North Carolina, too. While it has dropped significantly since taking office, Trump’s been relatively stable in Florida since June of 2017.

There are several reasons for this. In Florida, Trump’s voter base isn’t comprised of the overlooked white working-class voters who figured prominently in postmortems of the 2016 election. As Michael Grunwald wrote for Politico, the “economically secure retirement meccas” that delivered Trump his presidential victory are there to stay: “Republican-leaning seniors who like Florida’s balmy weather and lack of income tax.”

“When you say Hispanic and Latino in Nevada you know what it means — you say that in Florida, it’s 15 different things and not all those things are Democratic,” Steven Schale, a Democratic strategist in the state, said.

In 2018, the state also approved an amendment aimed at restoring voting rights to 1.4 million Florida residents with felony convictions; however, the administration of new Republican Gov. Ron DeSantis has made moves to weaken the impact of this amendment.

Florida is still going to be close

As Democrats look to unseat Trump in the next election, they are putting some capital in changing how Florida swings in 2020.

Democratic gubernatorial candidate Andrew Gillum’s PAC, Forward Florida is focused on solidifying the Democratic base in Florida to hopefully have the same success Barack Obama had in the state in 2008 and 2012. He has set a goal of getting 1 million voters in the political process in 2020. The Florida Democratic Party says it’s going to spend $2 million on registering 200,000 new Democrats by March of next year and increasing outreach to people of color, according to the Tampa Bay Times.

“Given the migration patterns in our state, and given the challenges we have around producing an electorate that’s favorable to Democrats to get out and vote — we’ve got to put more people in the game,” Gillum told the New York Times at the launch of his PAC.

At the end of the day, Florida isn’t a Trump state. Trump might be doing better there than in other swing states, but that’s just the nature of Florida. It’s divided, Schale said.

“It speaks to just how stable Florida is politically in that we have had so many competitive elections back to back,” Schale said. “The reality is the state it’s conditioned in a very partisan way at this point.”