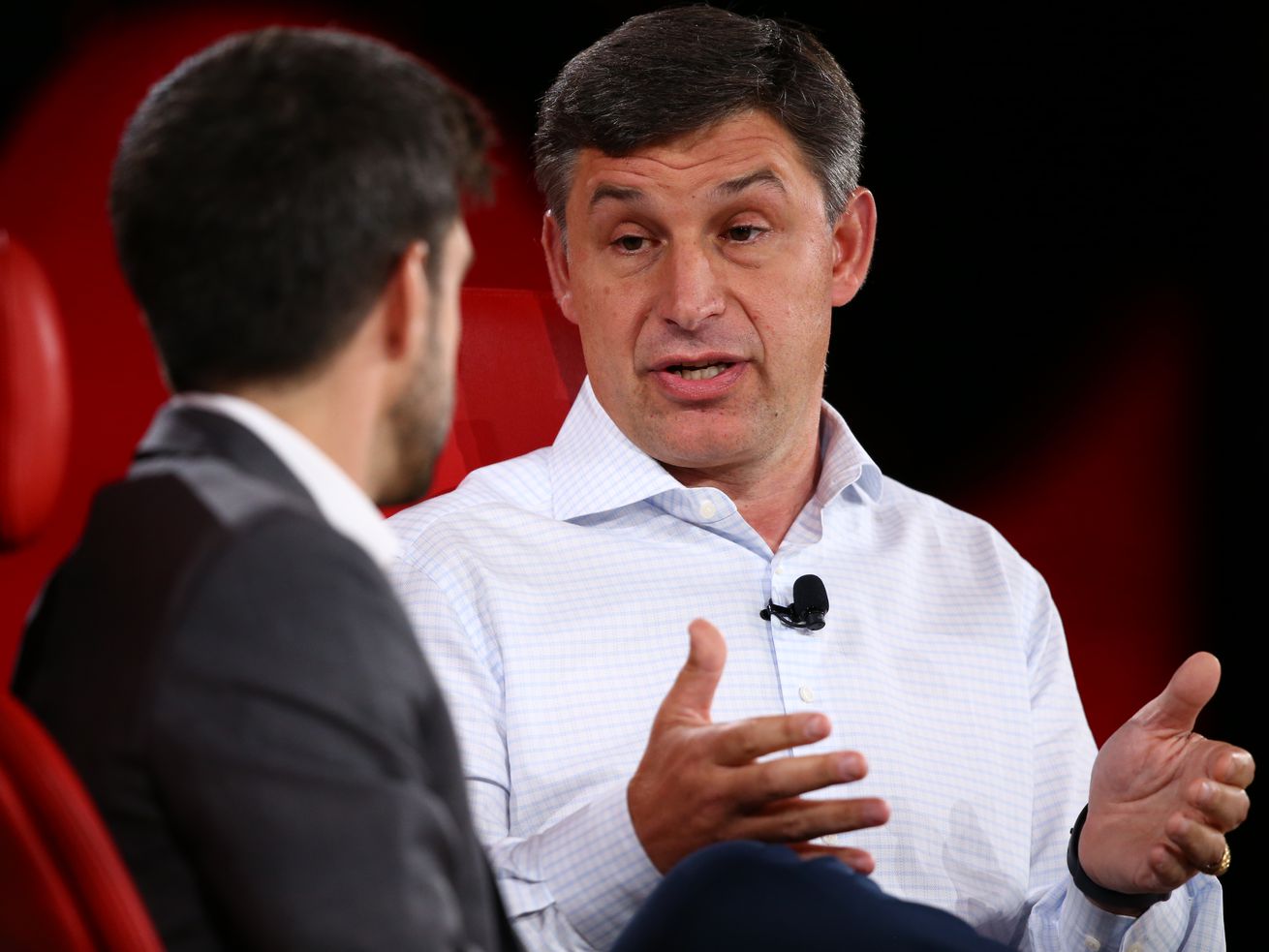 The finance startup SoFi still won’t confirm that its name will adorn a new football stadium in Inglewood, California, that will be the home of the Los Angeles Rams and Chargers. But it is beginning to explain why an unusual deal like this would make sense.

Onstage at Code Conference on Tuesday, Anthony Noto, the CEO of SoFi, said that — hypothetically, of course — the company might want to get into naming because it would be a smart way to market SoFi to the millennial customers it is trying to attract and retain.

Recode’s Jason Del Rey asked Noto, a former CFO of the National Football League, whether people might think that as a football fan he was attracted to the idea despite it not making sense for the business.

“Any property that can build awareness for us with a large, unduplicated audience is something that we’re going to consider,” Noto said at the Code Conference in Scottsdale, Arizona.

The potential SoFi stadium deal, if it happens, would be controversial because it is rare for an unprofitable startup to pay so much money for naming rights of a professional stadium; typically only more established companies do this. SoFi might pay as much as $20 million a year for the next decade for the football stadium, which is expected to house the Rams and the Chargers for the 2020 season.

That being said, the company does have cash at the ready. SoFi just raised $500 million last month in a round led by the Qatari sovereign wealth fund.