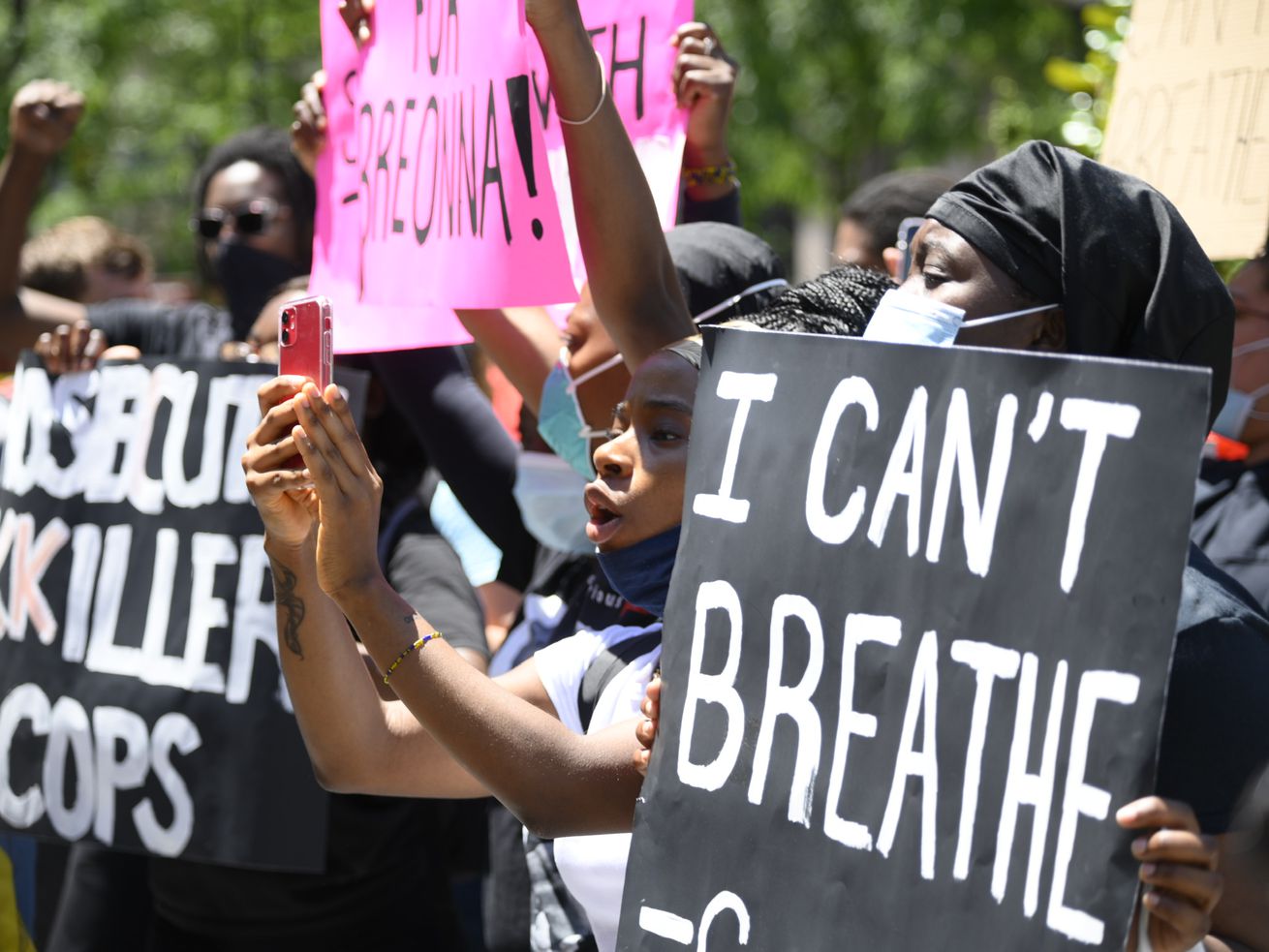 Philadelphians take a knee during a nine-minute vigil for George Floyd outside City Hall in Philadelphia on May 30, 2020. | Bastiaan Slabbers/NurPhoto/Getty Images

Protests erupted in Minneapolis, Atlanta, Detroit, and around the country.

Protests over the police killing of George Floyd, and the larger problem of racial prejudice in American criminal justice, spread across the country on Friday night and into the weekend.

Demonstrators turned out in Minneapolis and in Atlanta. They rallied in Los Angeles and New York City and in Louisville, Kentucky, where 26-year-old Breonna Taylor, an emergency medical technician, was recently shot and killed in her own apartment.

A man was shot in Detroit during protests there, according to the Detroit Free Press. The National Guard is being deployed in Minneapolis and Louisville after incidents of violence, property damage, and arrests.

The nation, already tense after months of coronavirus-induced lockdowns, faces another pivotal moment in its long-running story of racial discrimination and state-sanctioned violence. The protests are united by their theme and the grievances being aired, but each is also a distinct local incident. It’s a lot to keep track of.

Here’s what we know: