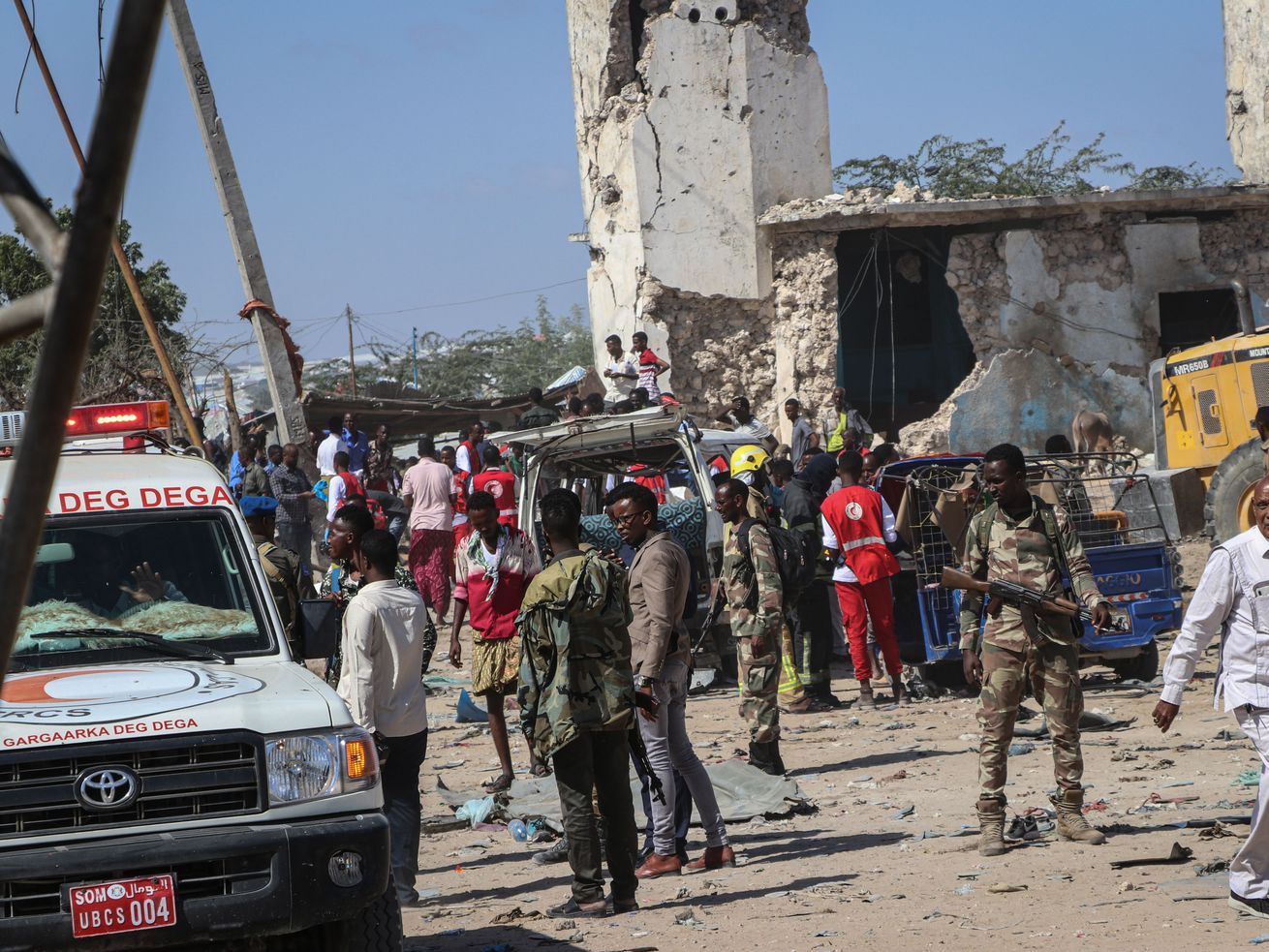 More than 70 people have been killed, and at least 90 people were wounded.

A truck packed with explosives blew up at a crowded intersection on the outskirts of Mogadishu, the capital of Somalia, on Saturday morning, killing and injuring scores of people.

At least 76 people have been killed and 70 have been injured, according to CNN.

Al-Shabaab, a terrorist organization with ties to al-Qaeda, has claimed responsibility for the attack, according to CNN. The group has carried out a number of lethal attacks in Somalia in the past year, including storming a hotel in Mogadishu with gunmen earlier in December, and is believed to be behind a 2017 Mogadishu bombing that killed 587 people.

The story is still developing. Here’s what we know, and don’t, so far.

Suicide-bomber driving a car laden with explosives detonates at #Mogadishu’s Ex-control Afgoye. Casualties of this horrific blast is yet to clarify. #Somalia. pic.twitter.com/BaHeG44zV2

What we don’t know: