DONALD Trump, Vladimir Putin and Theresa May are meeting today in Osaka for the 2019 G20 Summit.

The influential group will be in the Japanese city for the meeting. Here’s more on what’s being discussed. 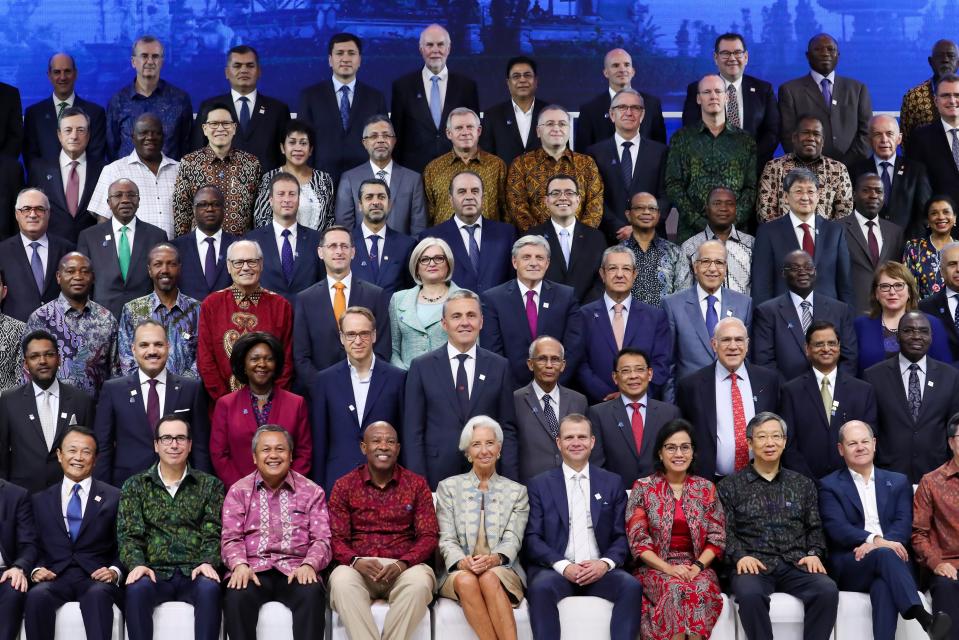 What is the G20? Which countries are G20 members?

Founded in 1999 as the G7 to give developing countries a more powerful voice in the global economy, the summit brings together industrialised and emerging economies.

The group makes up 85 per cent of the world’s GDP and two-thirds of its population.

When it was first started, only finance ministers and central bank governors met at G20 summits.

But a meeting was held between heads of state after the Lehman Brothers crash in 2008, which led to a global recession.

There has been a yearly meeting between G20 country leaders since.

Between 2009 and 2010, when the global economy was in crisis, leaders met twice a year.

Their website states: “The Buenos Aires meeting is taking place 10 years after the first G20 Leaders’ Summit in Washington DC, when heads of State and Government from around the world put together an action plan to address the 2008 financial crisis.”

Since the first meeting in Berlin, 1999, there have been 18 G20 summits between finance ministers and central bank governors.

There have been 10 between heads of state or the government of G20 economies.

Much of G20’s work takes place on the sidelines and in informal meetings, not at the annual summit.

Which countries are G20 members?

The G20 is made up of 19 countries and the European Union (EU) with Spain a permanent invited guest to G20 meetings.

Every year the country which holds the G20 presidency also invites countries to attend at its own discretion.

This year Argentina has invited Chile and the Netherlands.

Osaka has drawn international attention as the economic, cultural and transportation hub of western Japan and the central city of the nation’s second largest economic region “Kinki”.

How do the discussions work?

The work of G20 is split into two tracks – the Finance track and the Sherpa track.

The finance track comprises all meetings with G20 finance minsters and central bank governors and their deputies.

Discussions on financial and economic issues will go forward, touching on subjects such as exchange rate policies, infrastructure investment and international taxation.