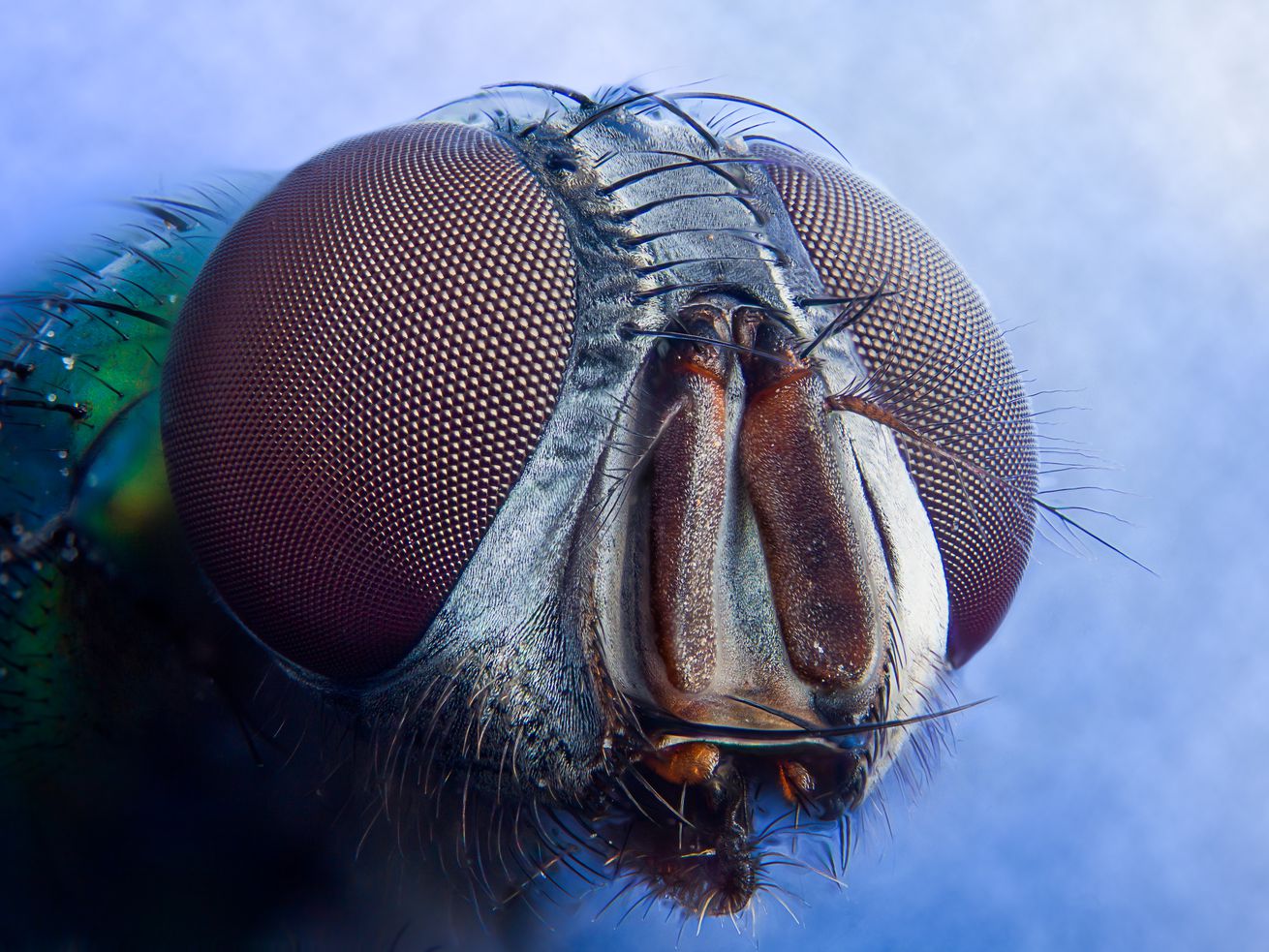 Editor’s note 2/18/19: Since we published this story, new information has come to light about the paper’s methodologies. We’ve updated the text and noted the new information below.

Insects are the most abundant animals on planet Earth. If you were to put them all together into one creepy-crawly mass, they’d outweigh all humanity by a factor of 17.

Insects outweigh all the fish in the oceans and all the livestock munching grass on land. Their abundance, variety (there could be as many as 30 million species), and ubiquity mean insects play a foundational role in food webs and ecosystems: from the bees that pollinate the flowers of food crops like almonds to the termites that recycle dead trees in forests.

Insects are also superlative for another, disturbing reason: They’re vanishing at a very fast rate in some parts of the world.

“The pace of modern insect extinctions surpasses that of vertebrates by a large margin,” write the authors of an alarming new review in Biological Conservation of the scientific literature on insect population declines published in the past 40 years. The state of insect biodiversity, they write, is “dreadful.” And their biomass — the estimated weight of all insects on Earth combined — is dropping by an estimated 2.5 percent every year.

In all, the researchers conclude that as much as 40 percent of all insect species may be endangered over the next several decades. And around 41 percent of all insect species on record have seen population declines in the past decade. Most of the data was obtained from studies conducted in Europe and North America. However, of the world’s insect species live in the tropics, where new species are still being discovered. A true, global assessment might tell a different story. The authors note that there’s not enough data from tropical regions.

(Update: It turns out there’s another big caveat to the new data trove. As University of New England ecologist Manu Saunders pointed out in a blog post, though the intent of the authors of the Biological Conservation paper was to “compil[e] all long-term insect surveys conducted over the past 40 years that are available through global peer-reviewed literature databases,” in fact, they limited their search just to papers that included the terms “insect,” “declines,” and “survey.”

The trouble with this method is that it biases the analysis toward declines, and excludes gains or stable populations. “‘Survey,’” writes Saunders, “is just one term that could pick up long-term studies.” Which means the paper is not an absolute reckoning of insect declines.)

“It is evident that we are witnessing the largest [insect] extinction event on Earth since the late Permian and Cretaceous periods,” the study authors write. Given their limited research methods, this might be a premature conclusion. But there are reasons to be worried about insects, particularly vulnerable orders, like butterflies. And human activity is hugely to blame.

Bees, butterflies, moths, dung beetles, and crickets are all declining

Butterflies and moths, known as the Lepidoptera order, are some of the hardest hit: 53 percent of Lepidoptera have seen declining population numbers, according to the new survey. This is especially concerning as butterflies, which are very sensitive to changes in landscape and food sources, are often a bellwether of environmental health.

Some 50 percent of Orthoptera species (grasshoppers and crickets, another important source of food for an enormous array of animals) are also in decline. Forty percent of bee species are listed as vulnerable for extinction, and most dung beetle species (named for — you guessed it — what they like to eat) are vulnerable or endangered.

This new study paints a picture of a problem that’s been recorded in individual ecosystems. A 2017 study in Germany noted a 75 percent decline in flying insects over three decades. “The widespread insect biomass decline is alarming,” the authors wrote, “ever more so as all traps were placed in protected areas that are meant to preserve ecosystem functions and biodiversity.”

What’s “most worrying,” the authors write, is that the losses seem to impact both “specialist” insects and “generalist” insects. A specialist is an organism that occupies a tiny niche in an ecosystem (like a moth that only feeds on one particular plant). A generalist, on the other hand, is more adaptable and can more easily change environments and food sources.

Both types of insects are facing major losses. “This suggests that the causes of insect declines are not tied to particular habitats, but instead affect common traits shared among all insects,” the study authors write.

What’s killing all the insects?

The state of insect biodiversity is “dreadful” because we know what happens when ecosystems lose insects: They lose other species as well.

In October, a study in Proceedings of the National Academy of Science documented that between 1976 and 2013, the number of invertebrates (like insects, spiders, and centipedes) in the Luquillo rainforest in Puerto Rico caught in survey nets plummeted by a factor of four or eight. When measured by the number caught in sticky traps, invertebrates declined by a factor of 60. And that loss of insects coincided with losses of birds, lizards, and frogs. “The food web appears to have been obliterated from the bottom,” the Washington Post’s Ben Guarino reported on the study.

In summary: Human activity is to blame.

“Habitat restoration, coupled with a drastic reduction in agro-chemical inputs and agricultural ‘redesign’, is probably the most effective way to stop further declines,” the researchers write, with “redesign” meaning making agricultural plots more hospitable to the native insects (for instance, maintaining flowering plants for pollinators to feast on). Pesticide use needs to decline drastically as well. “Unless we change our ways of producing food, insects as a whole will go down the path of extinction in a few decades,” the researchers write.

And if we don’t act, the researchers give a stark warning:

The repercussions this will have for the planet’s ecosystems are catastrophic to say the least, as insects are at the structural and functional base of many of the world’s ecosystems since their rise at the end of the Devonian period, almost 400 million years ago.

With so much devastating and widespread loss of insects — and other forms of life — it’s hard to say where we should focus our attention. In Science, Jonathan Baillie, the chief scientist at the National Geographic Society, and Ya-Ping Zhang, the vice president of the Chinese Academy of Sciences, argued that half of all land should be protected for wildlife by 2050, to give plants and animals a chance to thrive.

This is a lofty, perhaps unrealistic goal. But we’ve taken so much from wildlife. We need to think more about how to stop taking environments away from plants and animals. “Simply put,” Baillie and Zhang write in Science, “there is finite space and energy on the planet, and we must decide how much of it we’re willing to share.”