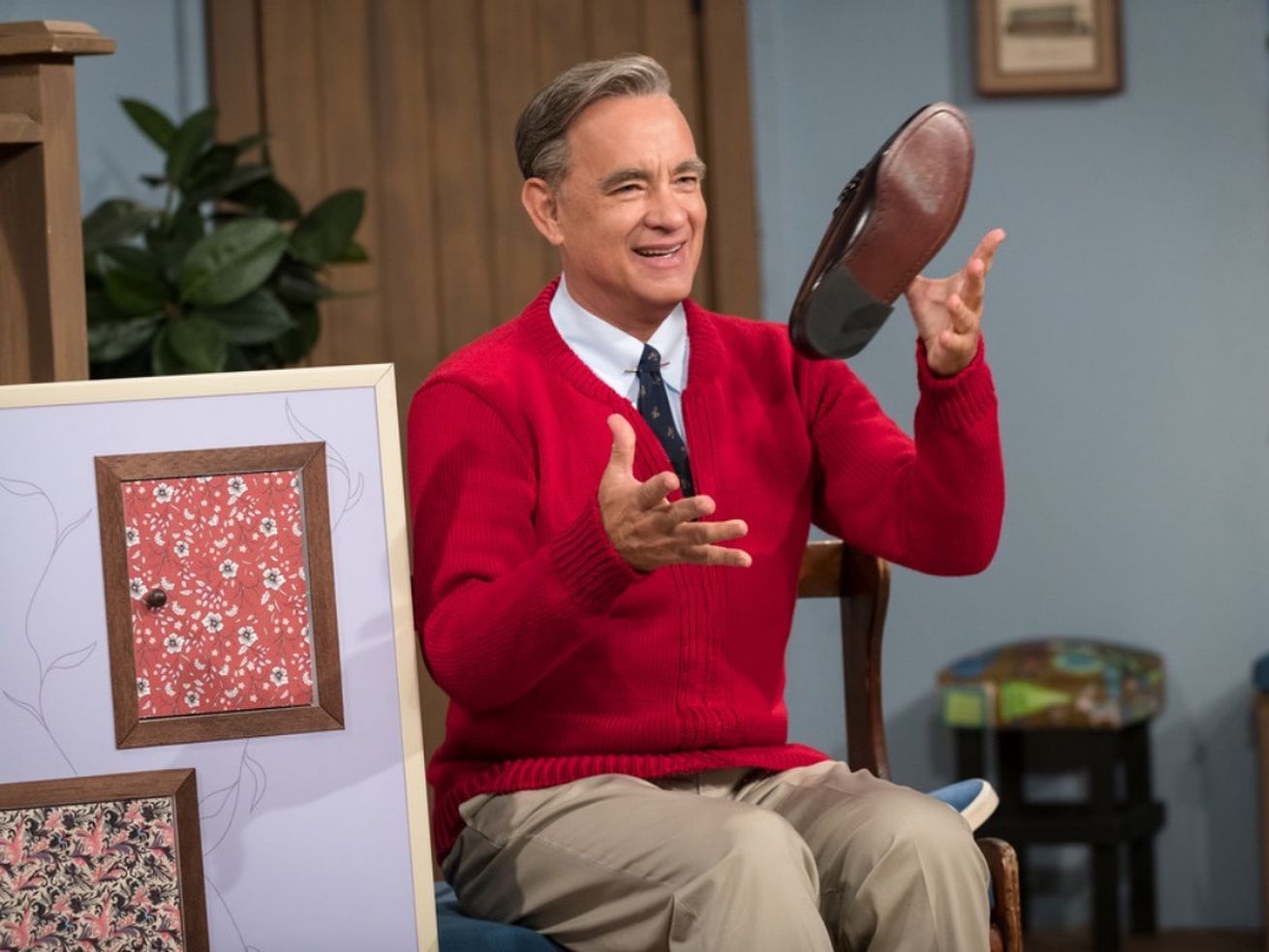 Last year, Won’t You Be My Neighbor — a documentary about Fred Rogers, a.k.a. Mister Rogers, the TV figure beloved to generations of children — was the surprise hit of the summer. Critics loved it. Audiences told stories of weeping through their smiles (and made it a box office smash, with more than $22 million in ticket sales).

And now Fred Rogers fever is poised to heat up all over again.

The first full trailer for A Beautiful Day in the Neighborhood, a dramatization of Fred Rogers’s story, capitalizes on our renewed nostalgic love for the affable, unexpected TV star. With the show’s familiar theme song in the background, the trailer shows the outlines of the story: A journalist named Lloyd Vogel (Matthew Rhys) arrives on the set of PBS’s Mister Rogers’ Neighborhood, where he plans to interview and write a profile of Fred Rogers (Tom Hanks) for Esquire’s “heroes” issue. He’s cynical and jaded, but spending time with Rogers shifts his ideas about what’s important in life.

Vogel is a fictional character, but he’s based on Tom Junod, the Esquire journalist who profiled Rogers in 1998 and credited that encounter with changing his perspective on life. (Junod also appeared in Won’t You Be My Neighbor.) And Tom Hanks — who, in a 2016 Saturday Night Live sketch, acquiesced to his nickname of “America’s Dad” — seems like the most obvious choice on the planet to play Rogers. In the trailer, he’s a dead ringer for Rogers: He changes into the signature cardigan, sings the song, and performs his iconic shoe toss. (You know the one.)

In the trailer, Vogel’s wife (Susan Kelechi Watson) asks him not to “ruin her childhood,” a sentiment that rings true for most people who grew up watching Mister Rogers sing on the TV and gently encourage his young audience to share their feelings and be kind to one another. Later, a group of subway riders sing “It’s a Beautiful Day in the Neighborhood” to Rogers, who beams and says they did a wonderful job.

As part of the marketing for the film, a Facebook group for “Mister Rogers’ Helpers” is advertised at the end of the trailer, exhorting audience to spread his “legacy of kindness.” The name of the group is a reference to a story Rogers cited a number of times: that his mother always told him, during times of trouble, to “look for the helpers.”

The production of A Beautiful Day in the Neighborhood, originally titled You Are My Friend, has experienced some trouble, however; the movie’s set was the site of tragedy in October 2018, when the Emmy-winning sound mixer James Emswiller fell from a two-story building during filming and died.

But the film is finally set to come to the big screen, with director Marielle Heller (Can You Ever Forgive Me?) at the helm. The screenplay, based on Junod’s Esquire article and written by Noah Harpster and Micah Fitzerman-Blue, landed on the Blacklist (a list of Hollywood’s best unproduced screenplays) in 2013 and subsequently spent years in development. A Beautiful Day in the Neighborhood is due to arrive in theaters on November 22, just in time for the awards and holiday seasons.