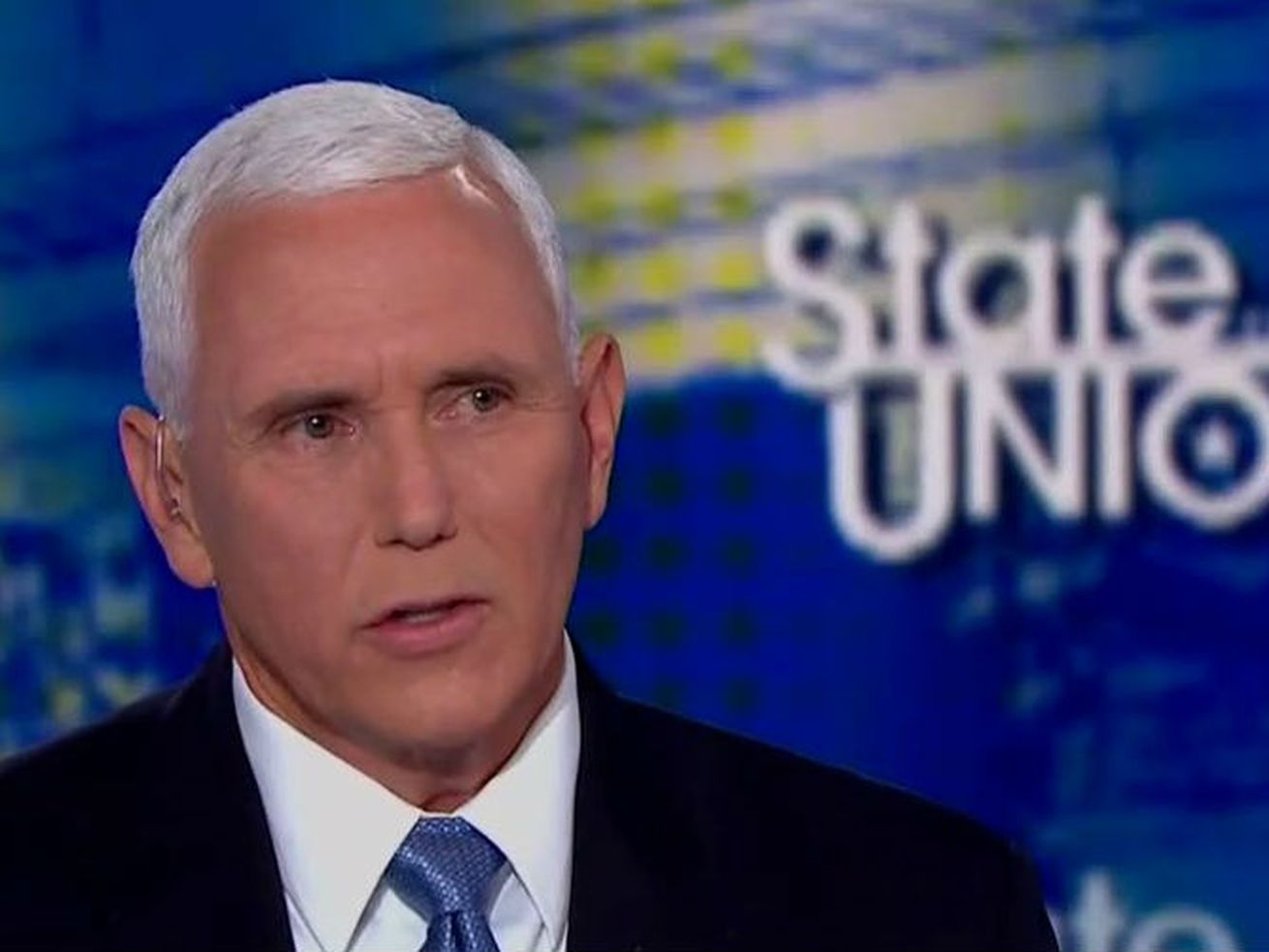 Gaslighting in the service of climate denial.

Vice President Mike Pence once described global warming as “a myth,” so his refusal to acknowledge climate change as a threat to the United States during an interview with CNN’s Jake Tapper on Sunday wasn’t shocking. But what was somewhat surprising, even by Trump administration standards, was how effortlessly and rapidly Pence lied to make his case.

During a single 20-second stretch, Pence pushed two big lies about how the US is doing environmentally. Tapper fact-checked the first of them in real time.

As Pence danced around questions about whether he regards climate change as a threat, Tapper tried to cut to the chase.

“That’s not true,” Tapper shot back. “We don’t have the cleanest air and water in the world.”

TAPPER: Do you think climate change is a threat?

MIKE PENCE: America has the cleanest air and water in the world

Neither of Pence’s claims is true. As an Associated Press fact-check details, with regard to air quality, the United States isn’t doing especially well:

The State of Global Air 2019 report by the Health Effects Institute rated the U.S. as having the eighth cleanest air for particle pollution — which kills 85,000 Americans each year — behind Canada, Scandinavian countries and others.

The U.S. ranks poorly on smog pollution, which kills 24,000 Americans per year. On a scale from the cleanest to the dirtiest, the U.S. is at 123 out of 195 countries measured.

It’s also not the case that the US has the cleanest water in the world. While the latest Environmental Performance Index indicates that the US is tied with nine other countries for cleanest drinking water, when sanitation is also factored in, the US drops to 29th overall.

The Rhodium Group on Tuesday reported that US energy-related greenhouse gas emissions rose in 2018 by 3.4 percent, the second-largest margin in 20 years, reversing a three-year decline. It’s an alarming shift, especially given that scientists recently warned that we are running out of time to limit global warming to 1.5 degrees Celsius this century.

Pence appears to have lifted his false talking points from Trump himself, who during a media appearance alongside Irish Prime Minister Leo Varadkar earlier this month claimed that “we have the cleanest air in the world in the United States, and it’s gotten better since I’m president. We have the cleanest water … we’re setting records environmentally.”

REPORTER: What do you think of our president’s comments when he said your stance on climate change is reckless?

As was the case with Pence on Sunday, Trump managed to pack multiple falsehoods into a single sound bite. Not only is it not the case that the US has the cleanest air and water in the world, but it’s also not the case that things have improved since Trump took office.

As the AP detailed last week, according to numbers from Trump’s own Environmental Protection Agency, US air quality has declined in each of the two full years since the record for least air-polluted days was set in 2016 — the last full year of Obama’s presidency:

Over the last two years the nation had more polluted air days than just a few years earlier, federal data shows. While it remains unclear whether this is the beginning of a trend, health experts say it’s troubling to see air quality progress stagnate.

There were 15% more days with unhealthy air in America both last year and the year before than there were on average from 2013 through 2016, the four years when America had its fewest number of those days since at least 1980.

And with Trump’s EPA recently announcing the end of President Obama’s signature climate change policy, the Clean Power Plan, there’s reason to be concerned that air quality in the United States will get worse before it gets better — despite what Trump and Pence would have you believe.