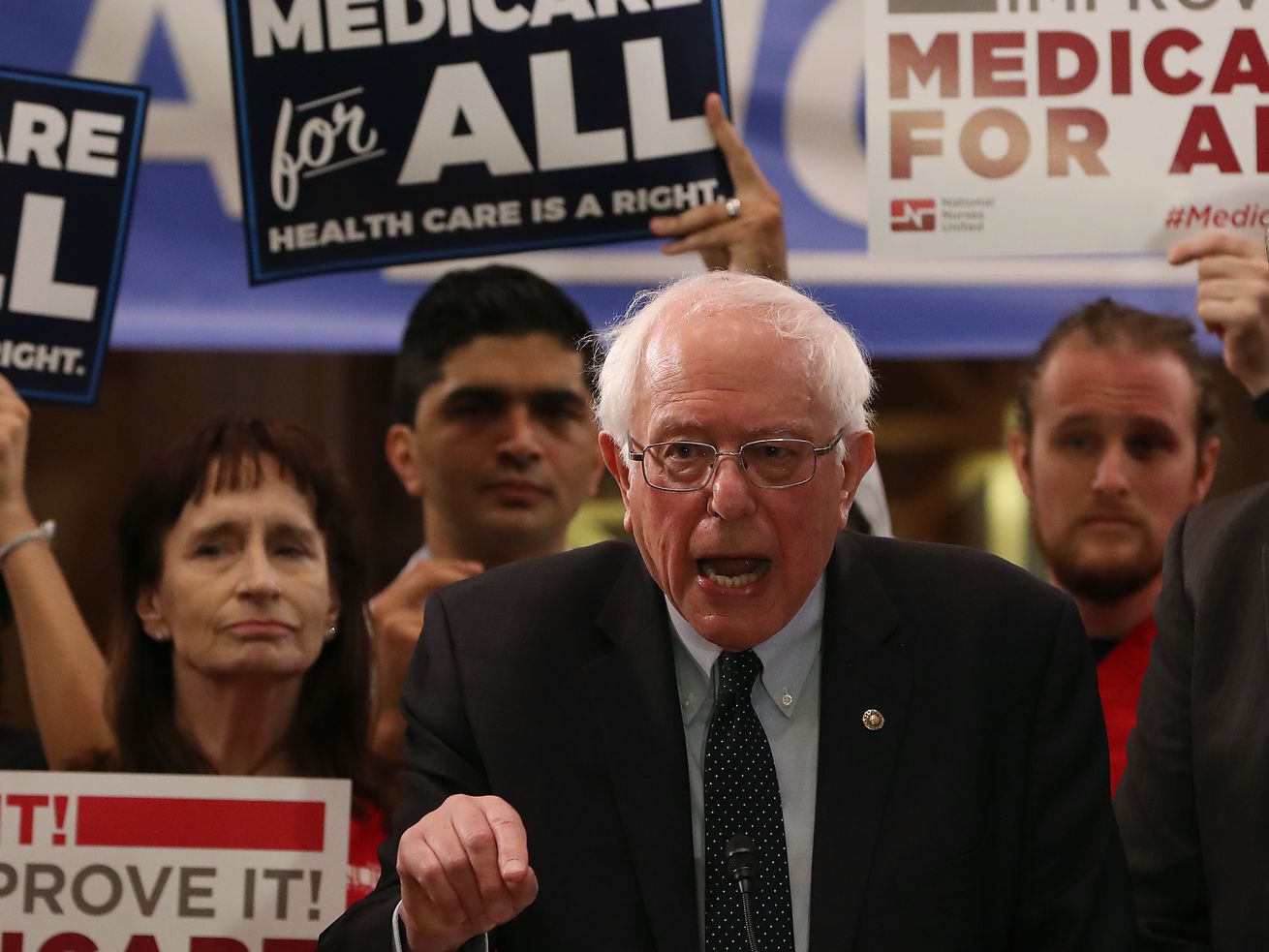 A politically diverse town hall audience showed a lot of enthusiasm for Medicare for All.

Bernie Sanders’s Fox News town hall Monday night was the uncomfortable mashup you might expect. If Fox envisioned this as a clash of the ideological titans with Vermont senator representing “democratic socialism” and the Fox hosts representing capitalism, however, they may have underestimated how popular Sanders — and the Sanders platform — would be with the town hall audience.

After Sanders answered an audience question about why government-provided versus private-sector health care by outlining his health care proposal, Baier decided to poll the audience about it, by asking people if they’d prefer it to their current, private-sector-provided health insurance. (That frame evokes Barack Obama’s famous promise that “If you like your health care, you can keep it” — something conservatives and Fox News frequently point to as a symbol of Obamacare’s broken promises.)

The poll … did not go the way Baier appears to have thought it would.

Bret Baier just polled the Bernie Town Hall audience who would be willing to switch to #MedicareForAll. It backfired spectacularly. pic.twitter.com/dQJ9gfQ137

It’s apparent that Fox didn’t stack the town hall with conservatives or people who hated Bernie Sanders; while the first questioner was a student organizer with the conservative youth organization Turning Point USA, the second was a progressive organizer who’d campaigned for Clinton.

McCallum and Baier asked Sanders the questions that, in general, you’d expect Fox News to ask — like asking about whether the success of his book wasn’t proof that capitalism worked. It seems unlikely that they anticipated such a very enthusiastic response from a studio audience to the idea of government-run health care.

Maybe this proves the central point of Sanders’s campaign rhetoric: that the American people writ large, not just progressive Democrats, really want the government to guarantee them a certain standard of living. Maybe it just proves that Sanders is a good politician who’s skilled at presenting his preferred policies in a way that sounds good to people. Either way, it’s a good illustration of why he’s a 2020 frontrunner.