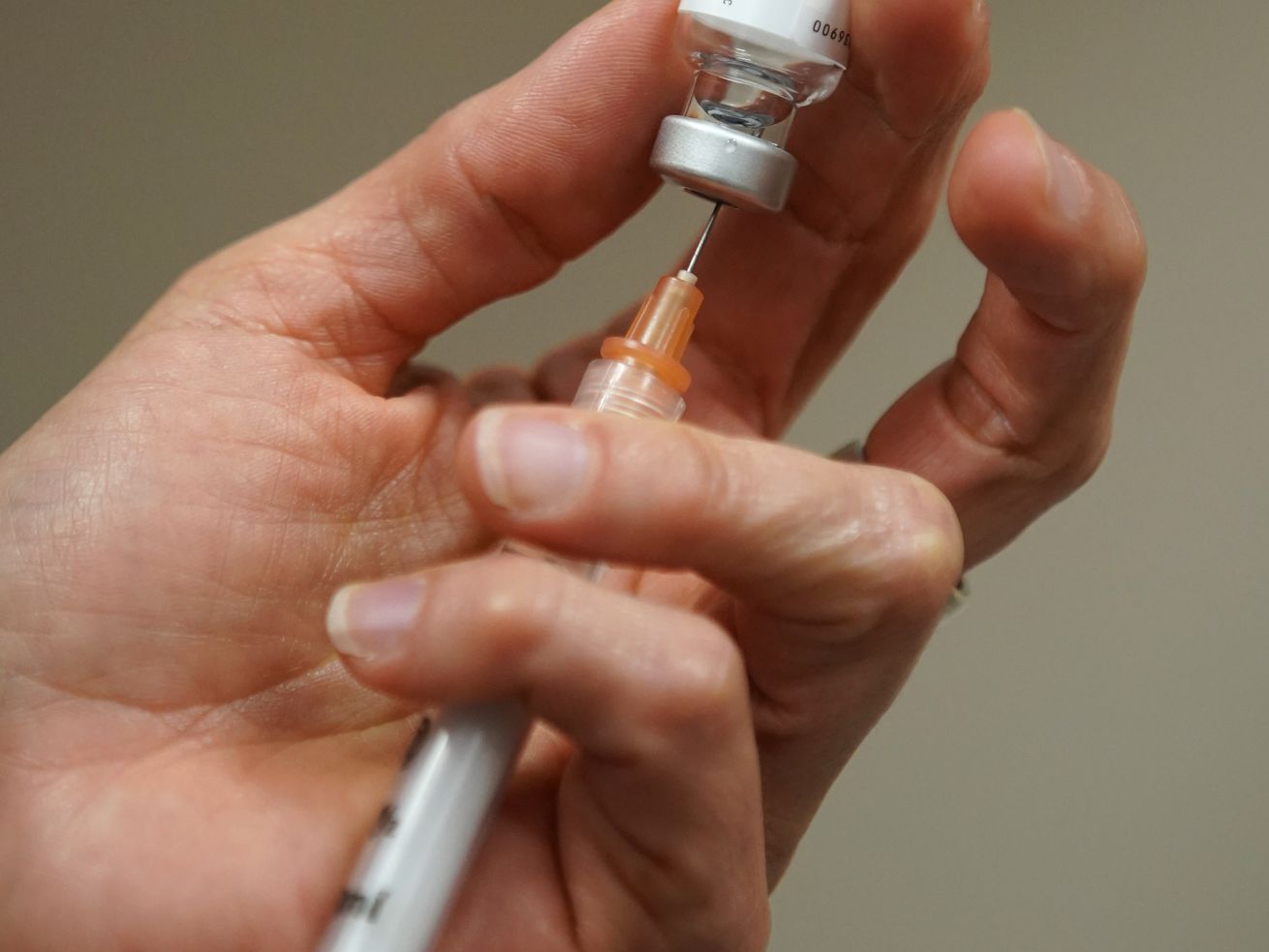 The fight to make vaccines that can withstand hot temperatures.

Vaccination is one of the biggest public health triumphs of our era, the rise of anti-vaxxers in rich countries notwithstanding. Globally, 85 percent of 1-year-olds have been vaccinated — usually for diphtheria, whooping cough, tetanus, polio, measles, and hepatitis B. That’s a huge deal; it has saved millions of lives and been one of the biggest drivers of dramatic reductions in infant mortality over the past 50 years.

But while most kids have been vaccinated, they often haven’t gotten all the vaccines they need for full immunity — only 7 percent of kids in the poorest 73 countries have all the doses of all the recommended vaccines. And one big factor that contributes to this problem is that vaccines aren’t so easily stored. They need to be kept cold, from the moment they’re manufactured to the moment they’re injected into a patient.

Which is why a new study, published in the journal Nature, from Vincent Leung and colleagues at McMaster University has the potential to be a huge deal. The researchers tried a new low-cost, extremely simple method for preserving vaccinations in a “sugar film.” They find that the vaccines they prepared with this method could be preserved for up to three months at 40 degrees Celsius (104 Fahrenheit), with the same immune-protective effects on mice as brand new.

The research Leung and colleagues are conducting aims to address an important fact about modern vaccines: If at any point the vaccine’s temperature rises to room temperature, its efficacy drops dramatically.

This is called the “cold chain.” It makes distributing vaccines expensive and a logistical challenge. It’s pretty incredible, given how difficult it is, that we’ve achieved the high vaccination rates we enjoy today — but it’s obvious that if we figured out how to produce vaccines that could safely be stored at room temperature, it’d become way easier to get every child all the vaccinations they need. In the past few years there’s been promising progress on that, with a few vaccines approved to go off the cold chain. But most lifesaving vaccines still need refrigeration.

Even though they tested the vaccines on mice, the authors are optimistic that their findings will apply to humans. In some fields, a result in mice doesn’t predict much about results in humans. In this case, though, it’s a very strong sign. “If you’re developing new vaccines, an immunoresponse in mice might not generate an immunoresponse in humans — but we’re using vaccines that are already on the market, so it’s a lot more translatable,” Leung told me.

This team isn’t the only one working on cheap, simple ways to preserve vaccines at high temperatures. Whichever approaches end up triumphing first, it’ll be a big deal for humanity — making it vastly easier and cheaper to protect children the world over.

Leung and company’s research is only one of many attempts to build a better, more resilient vaccine. What makes theirs noteworthy is that it has the potential to be a cheaper solution.

A few vaccines have been approved to move outside the cold chain already, and researchers are hard at work to achieve the same with other vaccines. Other teams of researchers are working on genetically engineering vaccines that are shelf-stable without preservatives — for example, a team last year developed a DNA vaccine for Zika that’s shelf-stable at high temperatures, and other groups are working on variants of malaria vaccine candidates that show more thermal stability.

These approaches could eventually make a big difference — but they’d likely require engineering a new variant for each necessary vaccination and then getting the new vaccines regulatory approval.

Another set of approaches involves finding preservatives that can be added to the vaccines to keep them shelf-stable. One set of additives including gold nanoparticles was found to be effective at extending the life of the vaccines; a process called spray-drying works pretty well too, with variants like freeze-drying and foam-drying being explored.

But many of these formulations are complex or expensive and require specialized equipment — so it’d be really cool if we could achieve thermally stable vaccines with a cheaper technique that used only FDA-approved, readily available compounds.

That’s what Leung’s research team aimed for. Their process uses pullulan, used in the food industry to extend the shelf life of food, and trehalose, a stabilizing agent. They hope that the simplicity of the process will make it easier to scale up and enable simple, cheap production of vaccines.

The next steps are to secure more funding, test a wider range of vaccines, and then figure out how to manufacture such vaccines for everyone who needs them. “We need to try other types of vaccines,” Leung told me. Since they succeeded with a live attenuated virus, the trickiest kind of vaccine to stabilize, they’re optimistic that the approach will work for other types of vaccine too. “But we always need to try to see if it actually works. And then how do we scale it up from a lab scale to an industrial scale?”

There are other steps ahead as well — regulatory approval, and then eventually the question of whether this approach turns out cheaper and more reliable than freeze- or foam-drying approaches. But if all goes well, within a few years we could break the cold chain for many of the lifesaving vaccines needed around the world. That would be a true triumph for humanity.