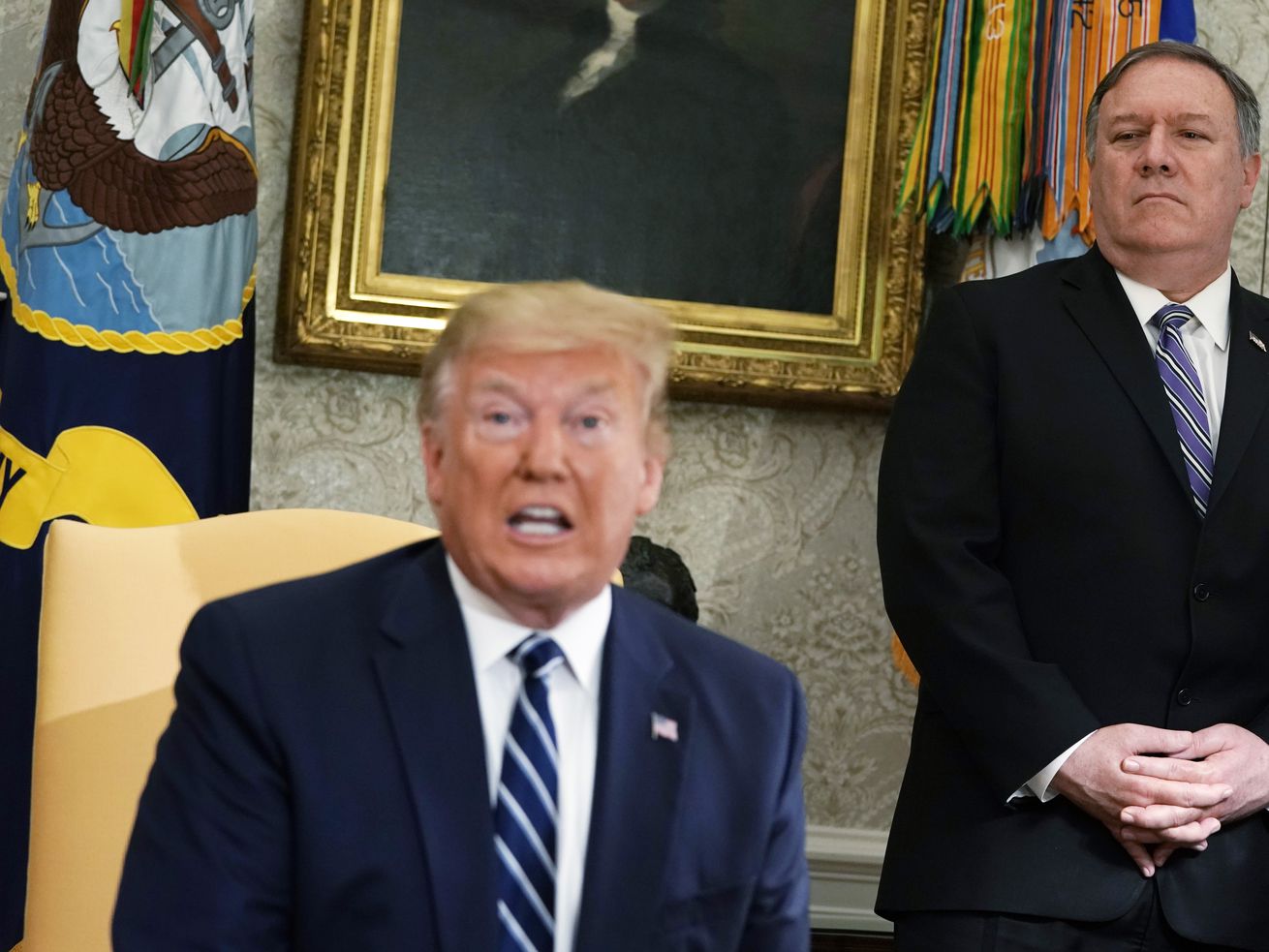 The dangerous escalation of tensions from Trump’s withdrawal from the nuclear deal to the downing of a US military drone.

President Donald Trump said Friday that he called off a military strike on Iran, pulling the US back from the brink of a dramatic escalation with Tehran.

There’s still a lot we don’t know about this attack-that-wasn’t, but tensions between the United States and Iran have been steadily building for months. The US pulled out of the Obama-era Iran nuclear deal in 2018, engaging in a maximum pressure campaign against Iran. The harsh economic sanctions are squeezing Tehran, which has started to respond by lashing out.

Then, last week, the standoff started to spiral: Iran said it would stop following parts of the 2015 Iran nuclear deal; the Trump administration dispatched additional troops to the Middle East; and Iran downed a US military drone.

The situation is complex. But it’s also worth documenting the key events that brought the US to the verge of striking Iran. Here’s a timeline to do just that.

May 8, 2018: The Trump administration withdraws from the Iran nuclear deal — known formally as the Joint Comprehensive Plan of Action, or JCPOA. Trump fulfilled a campaign promise to scrap the Obama-era agreement over objections from members of his cabinet, including then-Secretary of Defense James Mattis, and the US’s European allies. But the other signatories to the deal — France, the UK, Germany, Russia, China, and Iran — all said they would continue to honor the agreement, despite the US’s withdrawal.

May 21, 2018: Secretary of State Mike Pompeo lays out the Trump administration’s 12 demands for a new agreement for Iran, which underscores the policy objectives of the campaign of maximum pressure. Pompeo calls on Iran to give a full accounting of its nuclear program and to withdraw support for proxy groups in the region, among several other ultimatums.

August 7, 2018: The Trump administration reimposes the first round of sanctions on Iran, originally lifted as part of the nuclear deal. They target Iran’s finances, with the goal of squeezing the economy.

November 5, 2018: The maximum pressure campaign on Iran intensifies, with a new round of sanctions targeting Iran’s economy — specifically, including its oil and banking sectors.

April 8, 2019: The United States designates Iran’s powerful Islamic Revolutionary Guard Corps (IRGC) a terrorist organization, the first time it’s ever made such a classification for an arm of a foreign government. Iran retaliates by designating the US military as a terrorist group.

May 2, 2019: The administration ends waivers that allowed countries to import Iranian oil. Without those waivers, countries that purchased oil from Iran, including China, India, and Japan, could also be subject to US sanctions. If those countries choose to stop buying Iranian oil, it would hurt Iran’s economy even further.

May 5, 2019: National Security Adviser John Bolton announces that “in response to a number of troubling and escalatory indications and warnings,” the US will send an aircraft carrier and bomber planes to the Persian Gulf. He said that the US was not seeking a war with Iran, but that it was “fully prepared to respond to any attack, whether by proxy, the Islamic Revolutionary Guard Corps, or regular Iranian forces.”

May 8, 2019: The Trump administration imposes additional sanctions on Iran, targeting its steel, aluminum, and copper industries.

Iran, facing this pressure, signaled that it would back away from some elements of the nuclear deal. Iranian President Hassan Rouhani said Iran would start stockpiling low-enriched uranium and heavy water, exceeding the limits of the nuclear deal. Rouhani also gave the other signatories to the deal 60 days to help curtail the US sanctions and ease the economic pressure; otherwise, it would begin to enrich uranium beyond the threshold set in the nuclear deal, becoming a little closer to getting a nuclear bomb.

May 13, 2019: Four oil tankers are attacked in the Strait of Hormuz, a vital waterway for the oil trade. Bolton said Iran was likely behind the attacks, which Iran denies.

May 24, 2019: The Trump administration decides to send an additional 1,500 troops and other “defense capabilities” to the Middle East to counter Iran.

June 13, 2019: Two oil tankers are attacked in the Gulf of Oman, near where those four other oil tankers were damaged the previous month. Secretary of State Mike Pompeo quickly blames Iran for the sabotage, and US officials later release a video they say showed Iran’s involvement. Iran denies being involved.

June 17, 2019: Iran says it is just 10 days away from surpassing the limits set by the nuclear deal on its stockpile of low-enriched uranium. This is intended to pressure the Europeans (France, Germany, and the UK) to give Iran economic relief from sanctions. Tehran says, if the Europeans step up, it will go back to following the terms of the deal.

That same day, the US announces it is sending another 1,000 troops to the Middle East, in yet another signal to Iran. Bolton says the deployment is intended “to send a clear and unmistakable message to the Iranian regime that any attack on United States interests or on those of our allies will be met with unrelenting force.”

June 20, 2019: Iranian forces shoot down a US military drone. Both Iran and the US confirm that it happened, though they disagree about the location of the aircraft — the US says it was flying above international waters; Iran claims it was in Iranian airspace.

June 21, 2019: Trump tweets that he called off a strike against Iran the night before, which had been intended to retaliate against Tehran for the downed drone. Trump says he did so 10 minutes before the planned attack because of potential casualties, saying it was “not proportionate to shooting down an unmanned drone.”

….proportionate to shooting down an unmanned drone. I am in no hurry, our Military is rebuilt, new, and ready to go, by far the best in the world. Sanctions are biting & more added last night. Iran can NEVER have Nuclear Weapons, not against the USA, and not against the WORLD!