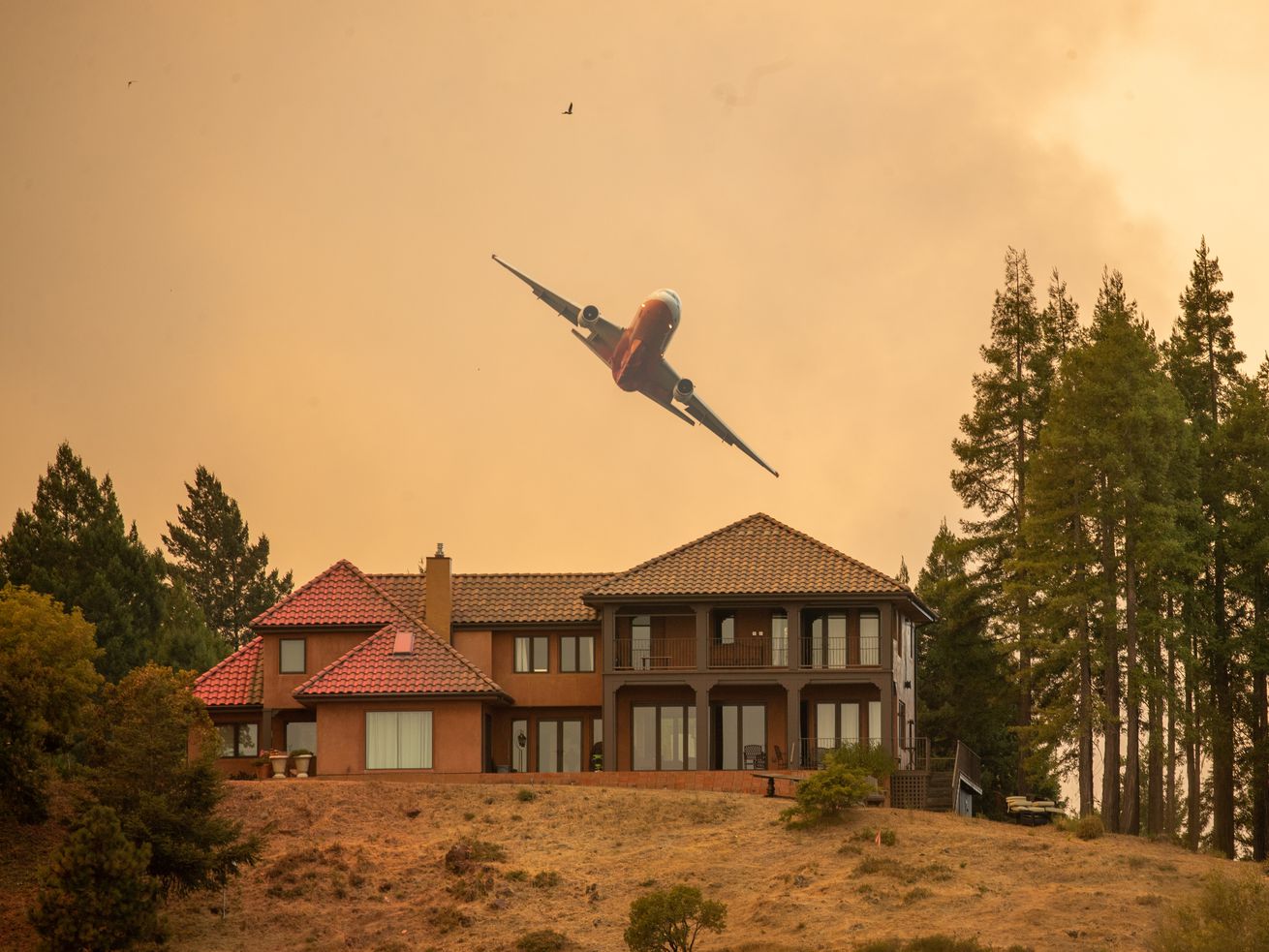 The size, speed, and timing of the wildfires, coupled with the Covid-19 pandemic, have created a unique disaster.

The one word experts keep using to describe the gargantuan ongoing wildfires in the western United States is “unprecedented.”

California is experiencing some of the largest fires right now. The 491,000-acre August Complex Fire is now the largest blaze in state history, and statewide, a total of more than 3 million acres have gone up in smoke, a record area for a single year.

Nearby coastal states like Oregon and Washington are also seeing record blazes, some of which are encroaching on major population centers. In Oregon, more than 500,000 people, about 1 in 10 residents, have been forced to evacuate.

“This could be the greatest loss of human lives and property due to wildfire in our state’s history,” said Oregon Gov. Kate Brown in a press conference on September 9.

Washington state has seen dozens of fires that have consumed more than half a million acres. “This is an extraordinary series of events we have suffered,” said Washington Gov. Jay Inslee in a September 9 press conference. “The grass is so dry, the temperatures are so hot, and the winds are so heavy … and these conditions are exacerbated by the changing climate.”

The National Interagency Fire Center reports that across 12 states, 100 large wildfires have burned 4.5 million acres. Some of the largest blazes burning in the West as of September 11 are in a map below, and the Los Angeles Times has a map of other significant fires.

Wildfires are a natural part of many ecosystems in these western states, serving to rejuvenate forests and grasslands. But the scale, intensity, speed, location, and timing of the recent infernos stand out. They are a part of a pattern of growing fire risk, emerging from a confluence of factors exacerbated by humans, spanning from ignitions to urban planning to forest management to climate change.

With so many fires burning across a wide region, it’s important to remember that there is a lot of variability in the specific factors at play for a given fire, from the ignition source to what kind of landscape is burning to the local conditions spreading the flames. However, there are some common factors that tie many of these blazes together and make them exceptional.

The weather and the warming climate: Record heat this summer baked much of the western United States, with states like California experiencing their hottest August on record. Many cities and counties across the West experienced record or near-record heat throughout the summer and into September. The summer was capped with a punishing heat wave that settled across the region in August and September and drove temperatures well into triple digits.

It has also been extremely dry in California, Oregon, and Washington this summer, with large sections of each state under “severe drought” conditions and some areas reaching “extreme drought.”

That heat and dryness turned grasses, shrubs, and trees into easy tinder, ready to ignite at the slightest spark.

And in some cases, the weather has provided that spark. The vast majority of wildfires in the United States are ignited by human sources — power lines, cigarette butts, machinery, or, in the case of one infamous recent fire, a gender reveal stunt. But a strange dry lightning storm near the San Francisco Bay Area in August led to more than 11,000 lightning strikes and triggered more than 300 fires in its wake. The causes of many of the other fires across the region are still being investigated.

The record-breaking weather comports with what scientists expect as the climate changes, and in many of the burning areas, the climate has already shifted in ways to worsen fire risk.

“What you can say is that our fire seasons here in California have on average expanded by 75 days,” said Lynnette Round, a spokesperson for the California Department of Forestry and Fire Protection. “Our summers are longer which means that conditions are hotter, they’re drier, and that makes us more susceptible to wildfires.”

Forecasts across many parts of the West show that conditions are expected to remain hot and dry for the coming weeks. And as the fall approaches, seasonal winds are expected to pick up, increasing the odds of spreading fires.

The timing: Recent extreme weather is a major factor behind why so many fires are burning at the same time. Different biomes — from coniferous forests to chaparral — are usually primed to burn at different times of the year. So across the West, fires are typically staggered throughout the season, with the peak of wildfires starting in northern areas midsummer and moving south into the autumn.

But dozens of fires are simultaneously burning across huge swaths of the West, a rare occurrence, even in fire-prone regions.

“Having this many large fires break out simultaneously and, in many cases, move through populated areas so quickly all at once is unprecedented in Oregon,” said Jason Cox, a spokesperson for the Oregon Department of Forestry, in an email.

In some jurisdictions, several nearby fires have been grouped into larger “complexes” to coordinate firefighting efforts.

The size and speed: One hallmark of the recent blazes has been how quickly they gained ground, spreading over hundreds of thousands of acres in just a few hours. It’s a sign of just how much dry fuel was ready to burn.

“It’s the rates of spread that are really impactful and impressive, and also I would say largely due to this trajectory of warming and drying that we’re on from climate change,” said Matthew Hurteau, an associate professor of biology at the University of New Mexico who studies wildfires.

Oregon, for example, saw a 72-hour period where 900,000 acres burned. Cox explained that in the entire 20th century, Oregon saw just six megafires, defined as blazes spanning more than 100,000 acres. In the first decades of the 21st century, Oregon has seen 11, but never more than two megafires in a given year.

Another unusual aspect of the recent wildfires is how much they’ve kept their momentum, especially at night. In California, the Bear Fire, part of the North Complex Fire, burned more than 100,000 acres in 24 hours after igniting. A substantial amount of this happened through the night, when typically temperatures drop, relative humidity rises, and firefighters make progress.

“This North Complex, which is currently burning, and we’re seeing this in Oregon and Washington too, these really extreme fire behaviors are occurring in the middle of the night,” said Hurteau. “That kind of fire growth, especially at night, that’s a climate signal for sure.”

The health toll: At least 19 people have died in the recent wildfires, and the smoke is affecting the health of millions now subjected to some of the dirtiest air in the world.

Per this app, Portland has the worst air quality of any major city in the world right now, and it’s not even close.

In smaller towns across Oregon, the AQI is even worse. pic.twitter.com/lNDBC2bZYX

Such reductions in air quality can have devastating consequences for respiratory and cardiovascular health, increasing the rates of heart attacks, asthma attacks, and strokes. Around the world, pollution from tiny particles like those from wildfire smoke remains one of the largest health threats to humanity. But it will take time to see those signals emerge from the current blazes.

The resources strained by the pandemic: These fires are also coming during the Covid-19 pandemic, which has made it harder to recruit fire crews and has forced responders to take additional precautions to limit the spread of the virus.

“With the pandemic starting earlier in the year, we had time to develop some best practices,” said Cox. “Specifically, we’ve limited access to fire camps, implemented firefighting modules where firefighters stay with a specific team, spread out fire crews and taken other physical distancing measures.”

However, with so many wildfires at the same time, there’s less personnel to go around.

“This recent weather event caused wildfires to grow explosively in Oregon at a time when firefighting resources were stretched very thin across the entire western United States, with all three West Coast states fully engaged in fighting fires when these new fires broke out,” said Cox.

Washington, Oregon, and California also rely on inmates to bolster their firefighting efforts. But with severe Covid-19 outbreaks in prisons, some inmates were released to relieve overcrowding, while others were sidelined by infections or quarantines. Some countries have been reluctant to send firefighting help to the US because of the country’s poor handling of the pandemic.

California and Oregon have now obtained federal disaster declarations to get help from federal agencies to fight the wildfires.

The wildfire situation is still changing rapidly, but it’s clear that 2020 is going to be a year for the record books across much of the West. And with the current trends in the climate and human activity worsening wildfire risks, it may not hold that record for long.