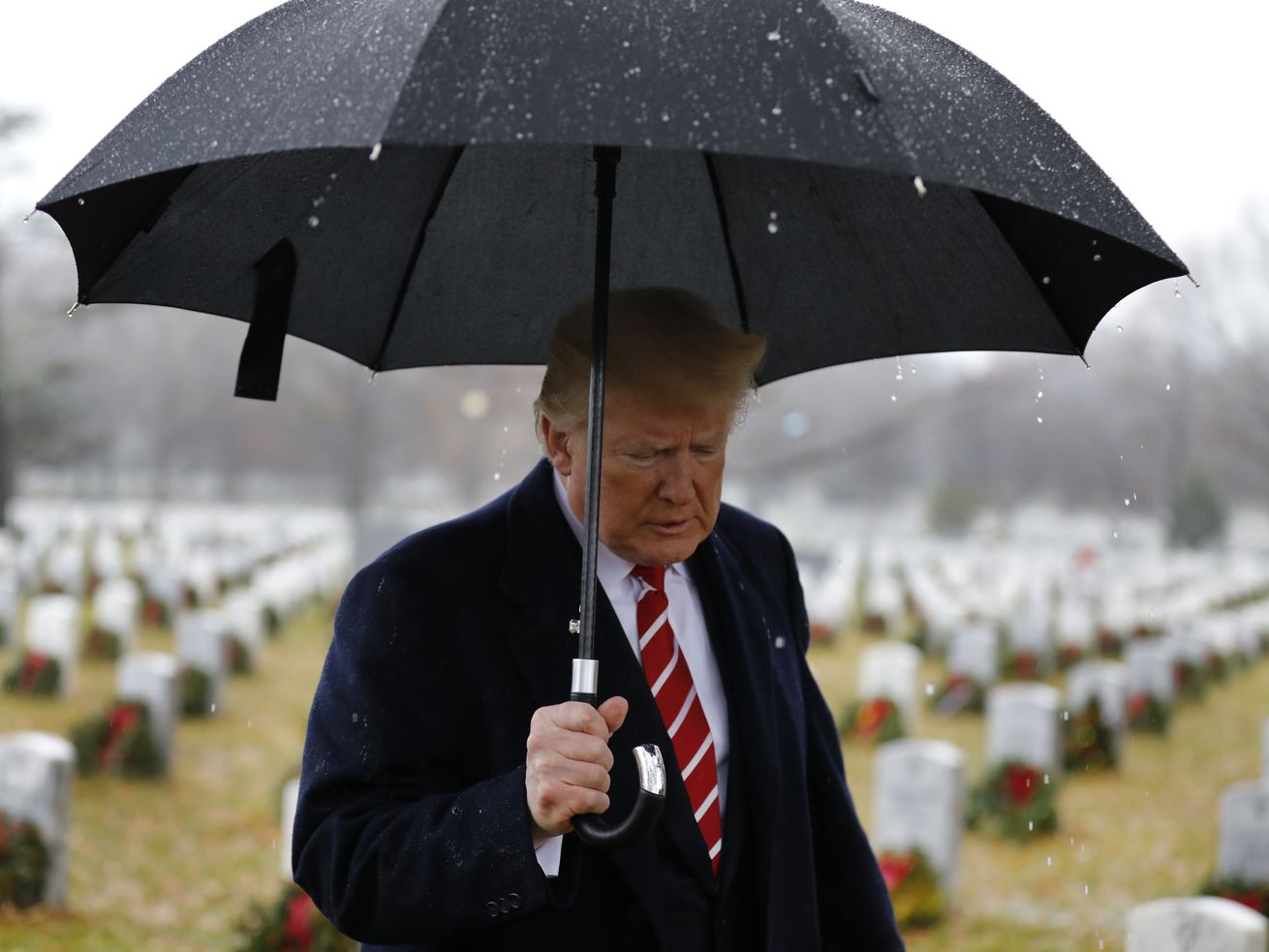 Future presidents will remember this moment.

To hear the outcry over President Donald Trump’s decision to withdraw all US troops from Syria, one would think he’d just made the greatest strategic blunder in American history.

Max Hoffman, a national security expert at the liberal Center for American Progress, tweeted that “Trump’s Syria decision is a huge mistake.” Jonathan Schanzer, a leader at the conservative Foundation for Defense of Democracies, tweeted, “Obama’s red line debacle was a dark day for American leadership in the Middle East. This is far worse.”

The criticism, from both right– and left-leaning analysts and politicians, centers on two main themes.

First, ISIS isn’t actually defeated, as Trump claimed in his tweet Wednesday justifying the decision. Yes, they’ve lost nearly all the territory they once held, and their so-called “caliphate” has been dismantled — but the Pentagon estimates ISIS has as many as 17,100 fighters in Syria, and many have warned that if the US pulls out too soon, that could provide the extra space the group needs to make a comeback.

Second, withdrawing US troops from Syria essentially means that the US is handing over the country to Iran, which has thousands of proxy fighters there fighting in support of Syrian President Bashar al-Assad’s regime, to take back the largely liberated northeast while opening up a strategic channel to the Mediterranean.

Those are both serious concerns, and there is a legitimate worry about what withdrawal really says about America’s commitment to its Kurdish allies in Syria, who have been fighting ISIS alongside the US, and to the broader fight against both ISIS and Iran.

But these two arguments also overlook some very important realities. One is that while the 2,000 US troops in the country were certainly involved in the fight against ISIS, the bulk of the US military effort in Syria took the form of airstrikes, not ground troops. It’s unclear if those airstrikes will continue after US ground troops leave.

Another is that those 2,000 US ground troops were explicitly focused on the fight against ISIS, and were not doing much of anything to actually push back against Iran’s influence in the country.

So it’s not like the troop withdrawal will change the course of the Syrian civil war, severely impact the ISIS fight in the short term, or deter Russia and Iran from involving themselves in the country.

But the fact that people on pretty much all sides reacted so negatively to the troop withdrawal decision speaks to a much deeper issue: how hard it is for the US to extricate itself from military engagement abroad once it’s been started.

Judging from my TL, there is no one outside of the White House who agrees with the president’s decision to rapidly withdraw from Syria.

Former Joint Chiefs chairman and Secretary of State Colin Powell is known for his famous phrase about America’s involvement in war: “You break it, you own it.” The meaning is simple: If the US becomes militarily involved somewhere, and especially if it overthrows a government, the situation becomes America’s problem.

He learned that lesson well during and after George W. Bush’s invasion of Iraq, which Powell at first championed.

And it’s proven true for the last two US presidents. Barack Obama desperately wanted the US to end the wars in Afghanistan and Iraq. But he kept adding US troops to the Afghan fight and found himself severely criticized for withdrawing troops from Iraq, giving ISIS the space to grow and govern territory in the region. That barrage affected his decision not to strike Syria after the Assad regime dropped chemical weapons on hundreds of people in 2013.

Trump, who has been very vocal at times about his skepticism of American military intervention abroad, still found himself increasing America’s troop presence in Afghanistan and in September authorizing the indefinite deployment of US armed forces in Syria — a decision he just reversed.

But now even staunch Trump allies can’t stomach the withdrawal.

“It will be an Obama-like mistake made by the Trump Administration,“ Sen. Lindsey Graham (R-SC) said in a Wednesday statement. “An American withdrawal at this time would be a big win for ISIS, Iran, Bashar al Assad of Syria, and Russia. I fear it will lead to devastating consequences for our nation, the region, and throughout the world.”

Trump’s opponents, of course, have also sharpened their knives. But it seems some are doing so less for partisan reasons than in support of America’s military commitment in Syria.

“The President’s decision to withdraw troops from Syria is dangerous, premature and wholly inconsistent with the facts on the ground in Syria and our military’s advice,” Sen. Jeanne Shaheen (D-NH), a member of the Senate’s Foreign Relations and Armed Services committees, said in a Wednesday statement.

In other words, Trump — as Obama before him — will never please the Washington commentariat or major political parties by withdrawing US troops from wars. In fact, it appears he could suffer politically for doing so.

That only incentivizes him and those after him to keep the US in the middle of foreign fights, even if it means keeping American men and women in harm’s way for no clear strategic reason.

The big lesson from today, then, is that American leaders need to think extremely hard about sending troops into war — because once they’re in, it becomes nearly impossible to pull them out without blowback.

You break it, you own it.