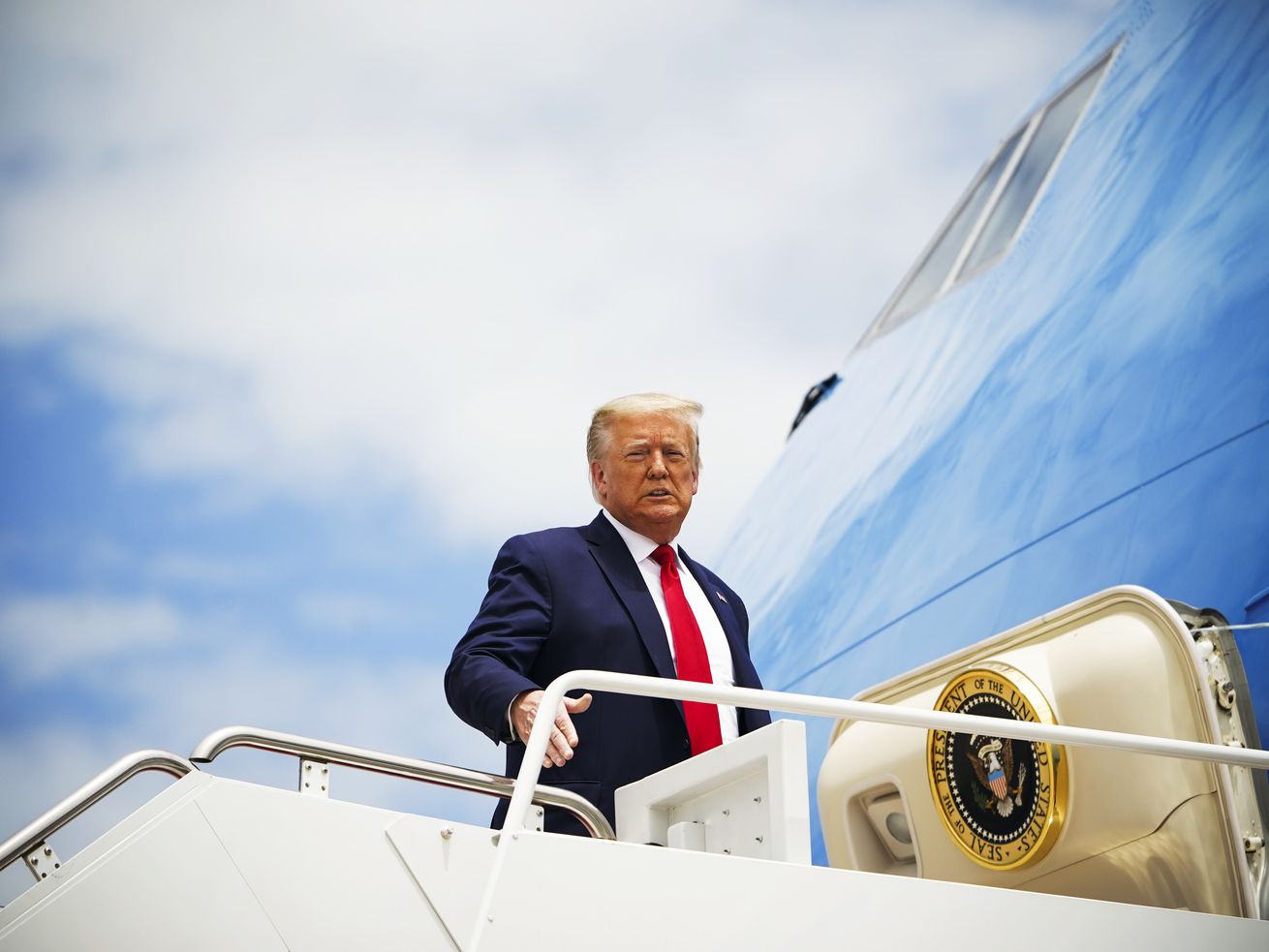 The police violence currently being protested in dozens of cities around the United States predates President Donald Trump by decades — so do the sentiments that fuel it, by at least 401 years, to the start of American slavery.

But since his inauguration, Trump and his administration have worked to solidify a place for police violence in American life through both rhetoric and policy.

My colleague Matt Yglesias explained how on Twitter — noting that the president’s first attorney general, Jeff Sessions, who was accused of perpetuating racist systems before and during his tenure, announced in February 2017 that the administration would no longer pursue civil rights lawsuits or investigations related to accusations of police misconduct.

Such work was aggressively pursued by the Obama administration, and resulted in at least 15 consent decrees — arrangements under which local governments consent to federal oversight in order to bring their policing in line with federal civil rights laws.

Sessions was notably against these decrees; in a speech about one of the last to be put in place, with Chicago, the former attorney general said, “Micromanaging the CPD through a federal court isn’t just unjustified — it is an insult.”

Refusing to pursue new decrees has left local governments struggling to improve their police forces on their own — and has allowed those unwilling to do so to continue ignoring violations of rights and other issues.

But the federal government has stepped in to aggravate a problem highlighted by the protests following Michael Brown’s killing in Ferguson, Missouri: the militarization of the police force.

Again reversing an Obama-era policy, Trump signed an executive order in August 2017 allowing police departments to obtain and use surplus military equipment like grenade launchers, tactical vehicles, and bayonets either for free or with the use of federal dollars.

As Amanda Taub explained for Vox in 2014, the use of military equipment on the streets of Ferguson worsened an already tense situation as officers — not all of whom had received proper training on the use of the military equipment they were employing — who looked like “invading armies” performed their work using fear and force rather than community-building techniques.

Frustration with such tactics is apparent in the protests happening around the country right now. It is harsh tactics that led to the killing of George Floyd, the Minneapolis, Minnesota man who died after an officer placed his knee on Floyd’s neck for eight minutes and 46 seconds.

Trump, however, has actively encouraged police to use forceful, even military-style tactics in the course of their work. Speaking to law enforcement officials in New York in 2017, Trump said, “please, don’t be too nice,” when arresting people.

“When you guys put somebody in the car and you’re protecting their head, you know, the way you put their hand over, like, don’t hit their head and they’ve just killed somebody,” the president said during that address. “Don’t hit their head. I said, you can take the hand away, okay?”

And he has continued delivering such rhetoric. Saturday, he praised what he characterized as rough tactics by Secret Service officials working to secure the White House amid the police brutality protests, writing on Twitter, “whenever someone got too frisky or out of line, [the Secret Service] would quickly come down on them, hard – didn’t know what hit them.”

“Nobody came close to breaching the fence,” the president wrote. “If they had they would have been greeted with the most vicious dogs, and most ominous weapons, I have ever seen. That’s when people would have been really badly hurt, at least.”

He also suggested members of the service were eagerly awaiting a chance to inflict violence on peaceful protests, tweeting, “Many Secret Service agents just waiting for action. ‘We put the young ones on the front line, sir, they love it, and good practice.’”

It is distressing to see the president advocating for the sort of law enforcement response that so many in the US are arguing is problematic, and that tens of thousands have demanded be declared unacceptable in recent days. But it is clear the president and members of his administration do not see harsh police tactics as a problem.

The Trump administration has shown law enforcement can operate with impunity

If there is something wrong with law enforcement in the US, the Trump administration has seemed to suggest, it is that there are too many restrictions placed on police without enough plaudits given to them.

The current attorney general, William Barr, has vocally wondered why communities — particularly the communities of color that most frequently suffer the often deadly consequences of police brutality — don’t respect officers. And he has suggested that perhaps those communities not inclined to show “the respect and support that law enforcement deserves” have their police protection taken away from them.

In his actions, Trump has gone beyond giving law enforcement the sort of support Barr advocated for — he has in fact, given them carte blanche to act lawfully or lawlessly as they see fit.

For instance, when a Trump ally and former sheriff, Joe Arpaio, was convicted of criminal contempt of court following his refusal to follow a federal order meant to protect immigrants from racial profiling, Trump pardoned him. Troops convicted of (and under investigation for) war crimes have been pardoned as well.

Separate from concerns the president has allowed unfairly violent and sometimes racist behavior are the reminders that one justice system exists for those like Floyd and another for those connected to Trump.

The president has suggested he’ll pardon his friend and former campaign adviser Roger Stone, despite Stone having been found guilty of lying to Congress, tampering with a witness, and obstructing an official proceeding. And amid speculation Trump would pardon former National Security Adviser Michael Flynn should he face legal consequences for admitting to lying to the FBI, Barr’s Department of Justice dropped its case against Flynn.

Although such actions do not necessarily perpetuate racist or overly harsh policing, they certainly add to the frustration many feel: that the police are not there for them, and there is little point to seeing justice through; that the president of the United States has no respect or use for the process, and that he believes aggressive, and even racially motivated, tactics to be the most effective.

In isolation, comments like Barr’s or Trump’s New York speech reflect a sort of ignorance or refusal to accept that there are issues with policing in the US. But in totality, it is clear that the Trump administration’s actions have actively created an atmosphere in which more dangerous, less just, and unconstitutional policing can flourish. Floyd’s death emerged from this atmosphere, and the protests are a reaction not just to that killing, but to the Trump administration’s words and policies that allowed for it — as well as the unjust policing of the past.