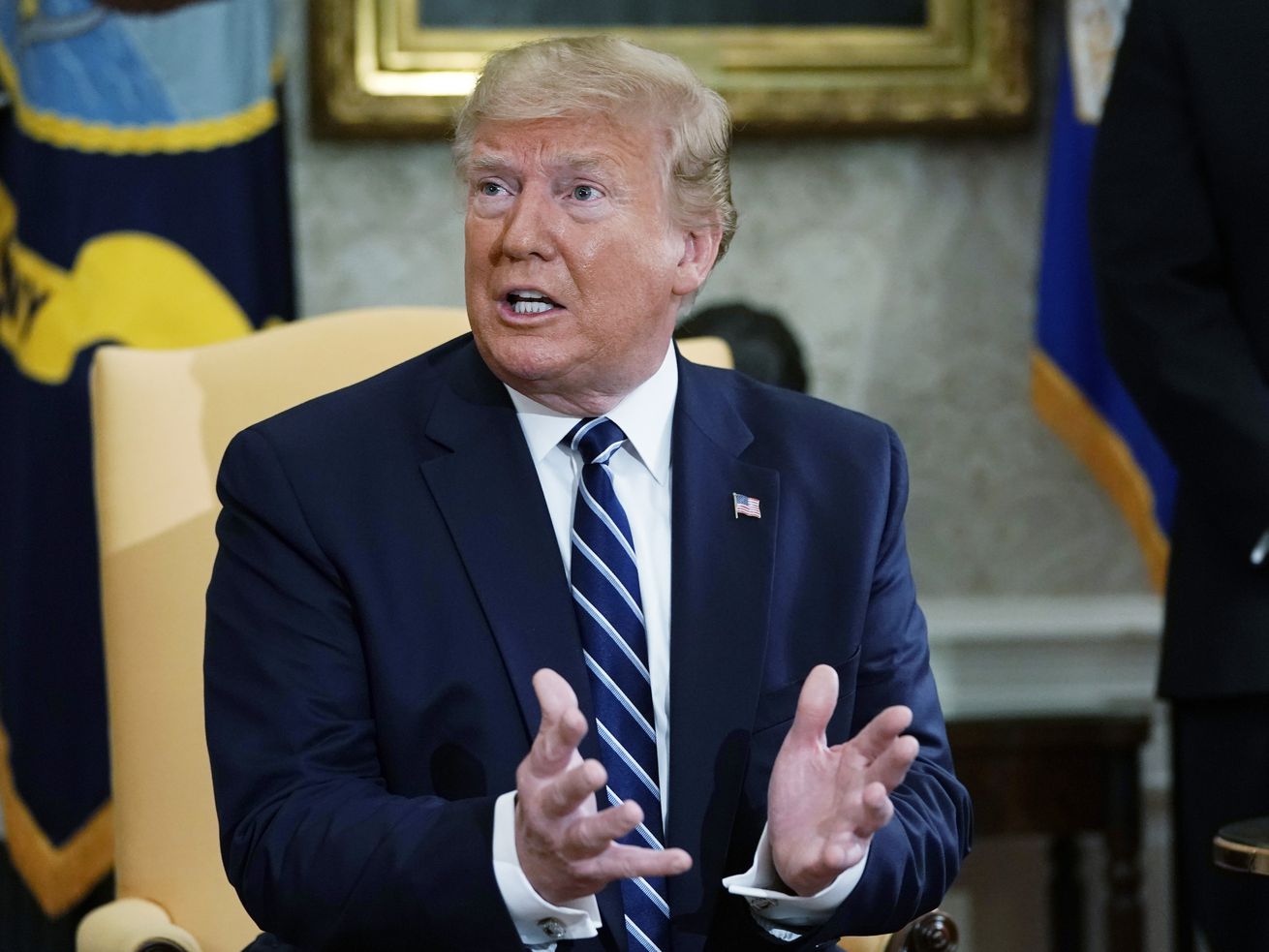 Trump’s “mistake” comment wasn’t what you thought it meant.

You may have heard the phrase “the fog of war.” It basically means that when opposing sides are in the heat of conflict, it’s hard to know what’s really going on. That makes messaging — what one party wants to communicate to the other — vitally important.

Same goes for the standoff between the US and Iran. Tensions skyrocketed after President Donald Trump withdrew from the Iran nuclear deal last year and reimposed tough sanctions on the country. The situation has only grown worse since early May when the US warned Iran might attack Americans in the Middle East. In response, Iran downed a valuable US military drone and has been blamed for attacks on six oil tankers.

Those actions have led many to worry that a full-blown US-Iran war could be on the way. At a time like this, it’s paramount that the leaders of the two countries be extremely clear in their statements so that there is no possibility of misunderstanding.

Which is what makes Trump’s Thursday morning tweet so damn troubling.

Iran made a very big mistake!

Upon first read, many — including yours truly — thought Trump was essentially saying that Iran would pay for crossing him and the United States. That led to further fears that Trump was considering launching retaliatory action against Iran, similar to how he ordered two targeted attacks on Syria earlier in his presidency.

But that apparently isn’t what Trump meant.

Asked later in the day about the downing of the drone, Trump seemed to suggest that Iran may have shot it out of the sky by accident. “I would imagine it was a general or somebody that made a mistake in shooting that drone down,” he said in the Oval Office alongside Canadian Prime Minister Justin Trudeau. “I have a feeling that it was a mistake by somebody who shouldn’t have been doing what they did.”

JUST IN: President Trump says he is not sure, but “I think they made a mistake,” someone under the command in Iran, in shooting down the US drone. pic.twitter.com/kTKCzlVut1

In other words, Trump’s tweet wasn’t meant to signal that Iran made a mistake by defying him. Instead, he literally meant that Iran had made an error. That, to put it mildly, is a very different interpretation than what many had initially thought his tweet meant.

And that’s precisely the problem: Trump put out an ambiguous tweet that led many — almost certainly including some Iranian officials — to believe a strike may be coming soon. That could have easily caused Iran to take some further action, like targeting Americans in the region, for instance, to try to deter such an attack.

It’s incredibly important for everyone in the US government — especially the president — to be clear about what they are saying at a time when war is a distinct (though unlikely) possibility.