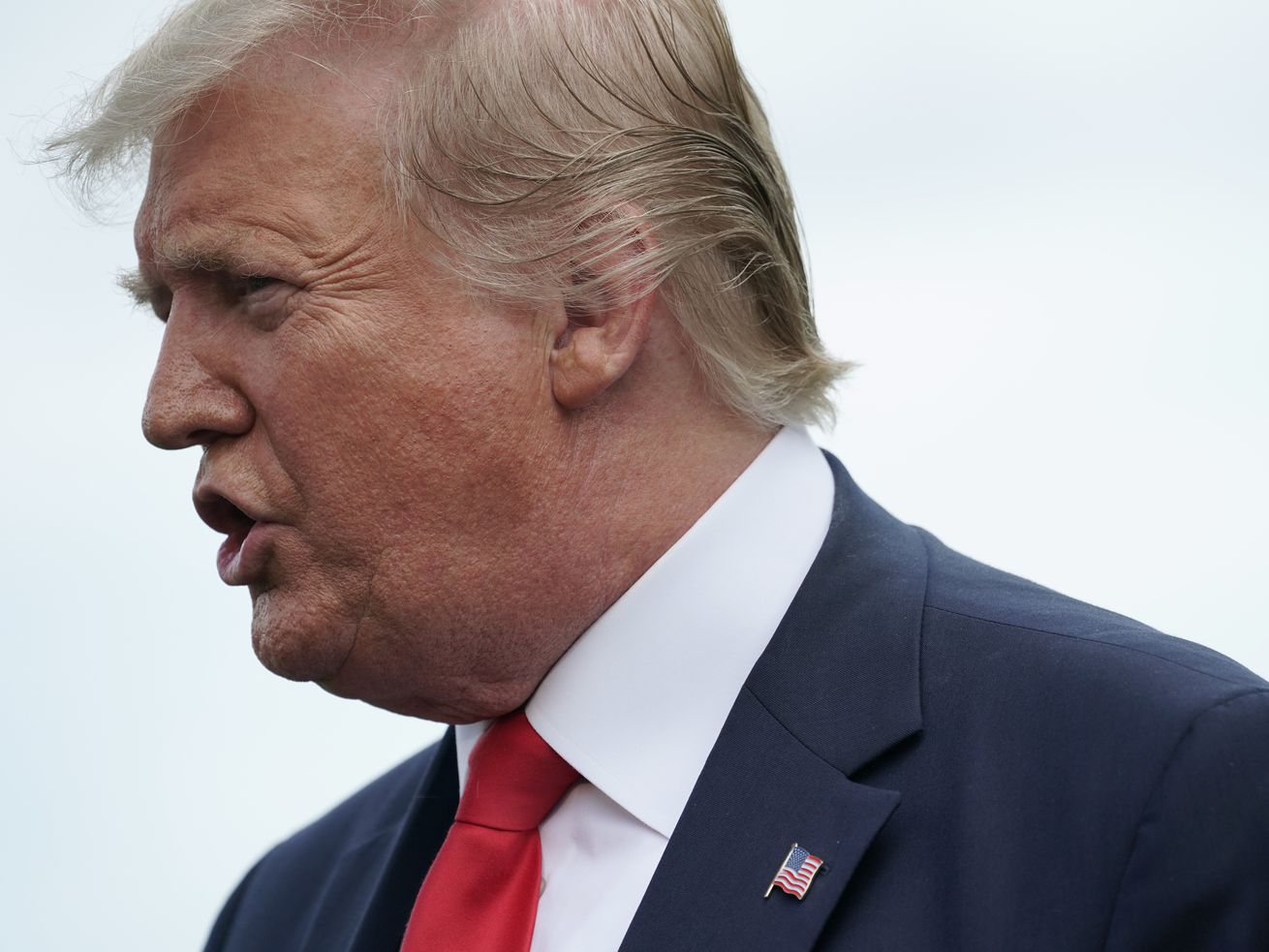 “You have people on both sides of that.”

More than a decade after the exoneration of five black and Latino teens accused of raping a woman in Central Park, President Donald Trump indicated on Tuesday that he still doesn’t accept their innocence. Nor does he think he owes them an apology for publicly calling for their executions.

The teenagers, known as the Central Park 5, were exonerated by DNA evidence and a confession from the true perpetrator in 2002, 13 years after they were vilified by prosecutors and in the press after being charged and convicted of the rape of a white woman jogging in the park. The story is back in the news because of a recently released Netflix series about the case titled When They See Us.

Before leaving for his reelection campaign launch rally in Florida, Trump took a number of questions from reporters outside the White House. April Ryan of American Urban Radio Networks asked if he’ll “apologize to the Central Park 5” for taking out a full page newspaper ad calling for their executions. Trump indicated he will not.

“Why do you bring that question up now? It’s an interesting time to bring it up,” Trump said, apparently not aware about the Netflix series. “You have people on both sides of that. They admitted their guilt. If you look at Linda Fairstein [the discredited prosecutor who oversaw the case] and if you look at some of the prosecutors, they think the city should have never settled that case. So, we’ll leave it at that.”

Holy shit — years after DNA evidence exonerated them, Trump suggests the Central Park 5 are guilty and refuses to apologize for saying they should be executed.

“You have people on both sides of that. They admitted their guilt.” pic.twitter.com/Tb8ENrBJ1I

The Central Park 5 — Antron McCray, Kevin Richardson, Yusef Salaam, Raymond Santana, and Korey Wise — were five young teens (four black, one Latino) in 1989, when they were accused of beating and raping a woman who was jogging through Central Park.

After their arrests, the five were violently interrogated and deprived of food and sleep, and they ultimately offered a coerced confession. Trump then took out a full-page ad in a number of newspapers calling for their execution. My colleague Alissa Wilkinson detailed the backstory in a recent piece about the Netflix show:

On May 1, 1989, as the case was headed to trial, then-real estate developer Trump spent about $85,000 placing a full-page ad in four newspapers, calling (in so many words) for the young men accused of the crime to be executed.

Trump echoed that sentiment in a number of television interviews conducted around the same time. But 13 years later, DNA evidence exonerated the Central Park 5, and a serial rapist named Matias Reyes who was already serving a life sentence in prison on other charges confessed. The five ultimately agreed to a $41 million settlement with the city of New York in 2014.

But when Trump’s 1989 comments about the Central Park 5 became an issue in subsequent years, not only did he refuse to apologize, but he even refused to admit he was wrong.

“My opinion on the settlement of the Central Park Jogger case is that it’s a disgrace,” Trump wrote in a June 2014 New York Daily News op-ed. “What about the other people who were brutalized that night, in addition to the jogger?”

In a tweet posted in 2013, Trump alluded to the wave of crime Central Park was experiencing back in 1989 to suggest that even if the teens weren’t guilty of rape, they were still guilty of something — just for being there.

@CoachClintSwan Tell me, what were they doing in the Park, playing checkers?

When CNN did a special about the case weeks before the 2016 election, Trump didn’t back away from his previous comments, but instead provided a statement to CNN citing the false confession the teens made — the same move he made on Tuesday.

“The police doing the original investigation say they were guilty. The fact that that case was settled with so much evidence against them is outrageous. And the woman, so badly injured, will never be the same,” Trump said in 2016.