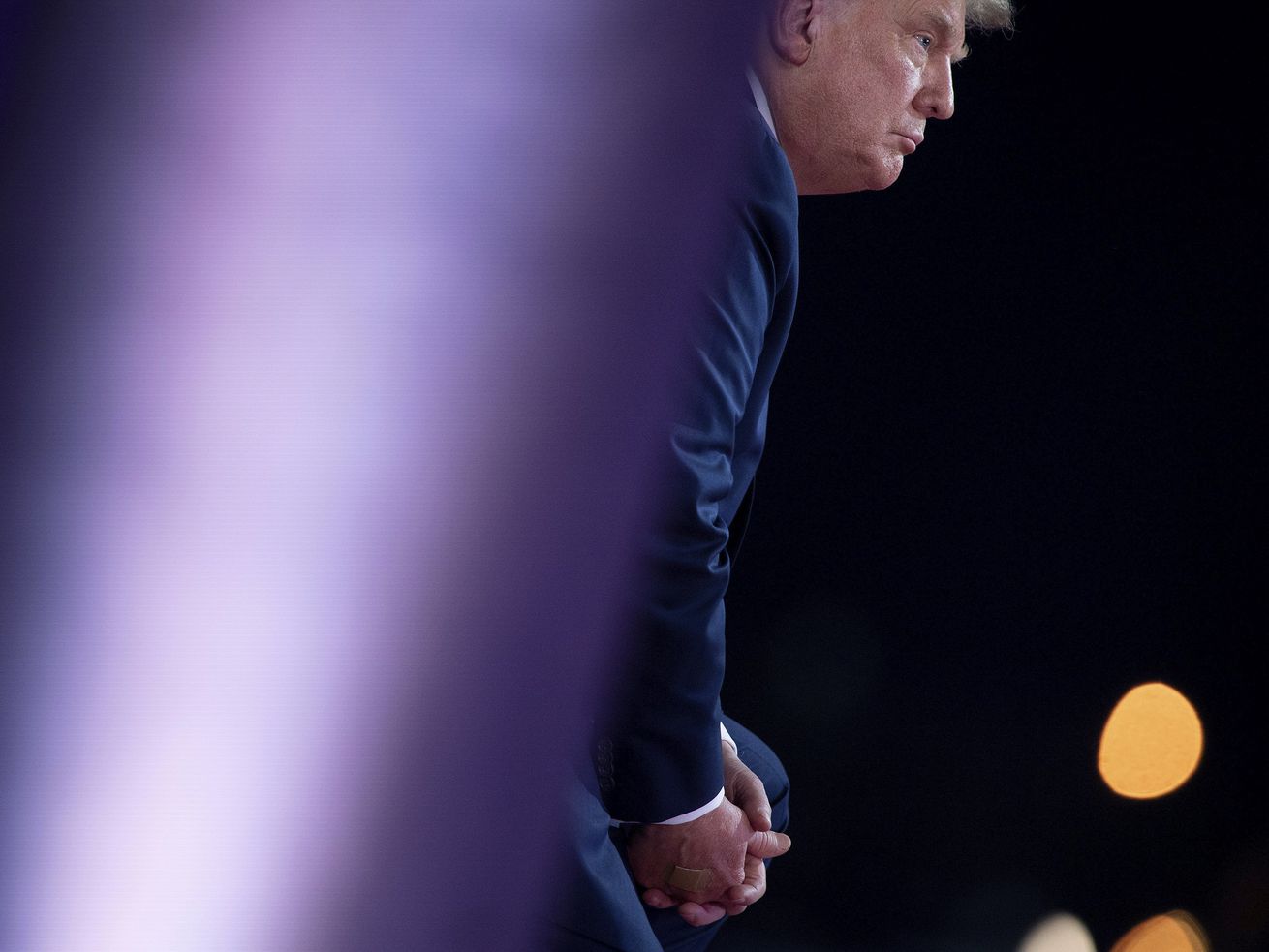 “Let me just tell you what I do hear about it is they are very strongly against pedophilia and I agree with that.”

President Donald Trump says he doesn’t know whether the QAnon conspiracy theory, which falsely contends prominent Democrats and global elites are part of a pedophile ring that only Trump can stop, is true or not.

At Trump’s NBC News town hall on Thursday, held in lieu of a debate with Joe Biden after a dispute over the format, moderator Savannah Guthrie gave Trump as many opportunities as she could to denounce the theory. QAnon went viral on extremist internet forums before gaining more traction after it spread to YouTube, Reddit, and more mainstream websites.

He wouldn’t do it.

“I don’t know anything about Qanon,” Trump said at first.

Guthrie pointed out she’d just explained it in brief: “this theory that Democrats are part of a Satanic pedophile ring and that you are a savior.” (The rest of the extremely short version is that a top-level government official — “Q” — is leaking this secret onto the internet.)

So would Trump denounce QAnon once and for all?

“What you told me is not necessarily fact,” Trump said. “I know they are very much against pedophilia, they fight it very hard.”

“They believe it is a satanic cult run by the ‘deep state,’” Guthrie said.

Trump pivoted quickly to antifa, or “anti-fascist.” Republicans, led by Trump, have turned antifa into an election-year boogeyman, though the people who identified as part of it are generally disorganized and believe in an anarchic ideology. Trump was annoyed that the moderator had first asked him to denounce white supremacy (which he finally did, after not really doing so at the first presidential debate) and was now asking about QAnon.

Guthrie tried to bring Trump back on topic, pointing out Sen. Ben Sasse (R-NE) had just recently said it should be easy for political leaders to condemn QAnon. Trump, who has been reluctant to criticize any of his supporters in the past, said he “just didn’t know” about QAnon.

“Let me just tell you what I do hear about it is they are very strongly against pedophilia and I agree with that,” Trump said. “I do agree with that.”

“But there’s not a satanic cult,” Guthrie pressed.

Trump wasn’t having it. “I don’t know that,” the president said. “And neither do you know that. Why aren’t you asking me about antifa?”

Guthrie asked one more short follow-up, about a tweet written by someone else that Trump had shared. It featured a conspiracy theory about Joe Biden, Seal Team 6, and the death of Osama bin Laden.

“That was a retweet,” Trump said. “That was an opinion of somebody.”

As for the facts, here is how Vox’s Jane Coaston summarized a series of claims made by QAnon:

Obviously, none of this happened. There were no public riots or mass arrests or the use of emergency broadcasts. (In fact, the Emergency Broadcast System went out of service in 1997, replaced by the Emergency Alert System.)

The overwhelming majority of Q’s assertions have been hilariously untrue: that North Korean leader Kim Jong Un was placed in power by the CIA, that Seth Rich was murdered by MS13 under orders from former DNC Chair Debbie Wasserman Schultz (a viewpoint spread by congressional candidate Greene), that many prominent Democrats are currently wearing ankle monitors because they are secretly under arrest.

Instead, as Coaston explains, what’s really happening here is people are trying to make sense of the Trump era. A combination of fragile human psychology and the superspreading capabilities of the internet has allowed the idea to fester and take hold. It’s preferable to the chaos.

This movement, such as it is, has had real life-or-death consequences. Violence, including alleged murders, and public threats of violence have been perpetrated by people who are said to have believed in QAnon.

And on Thursday night, with millions of Americans watching, Trump declined to say whether he believed what any of QAnon claims to believe. He said he didn’t really know anything about them. Except for that they opposed pedophilia and so, of course, did he.