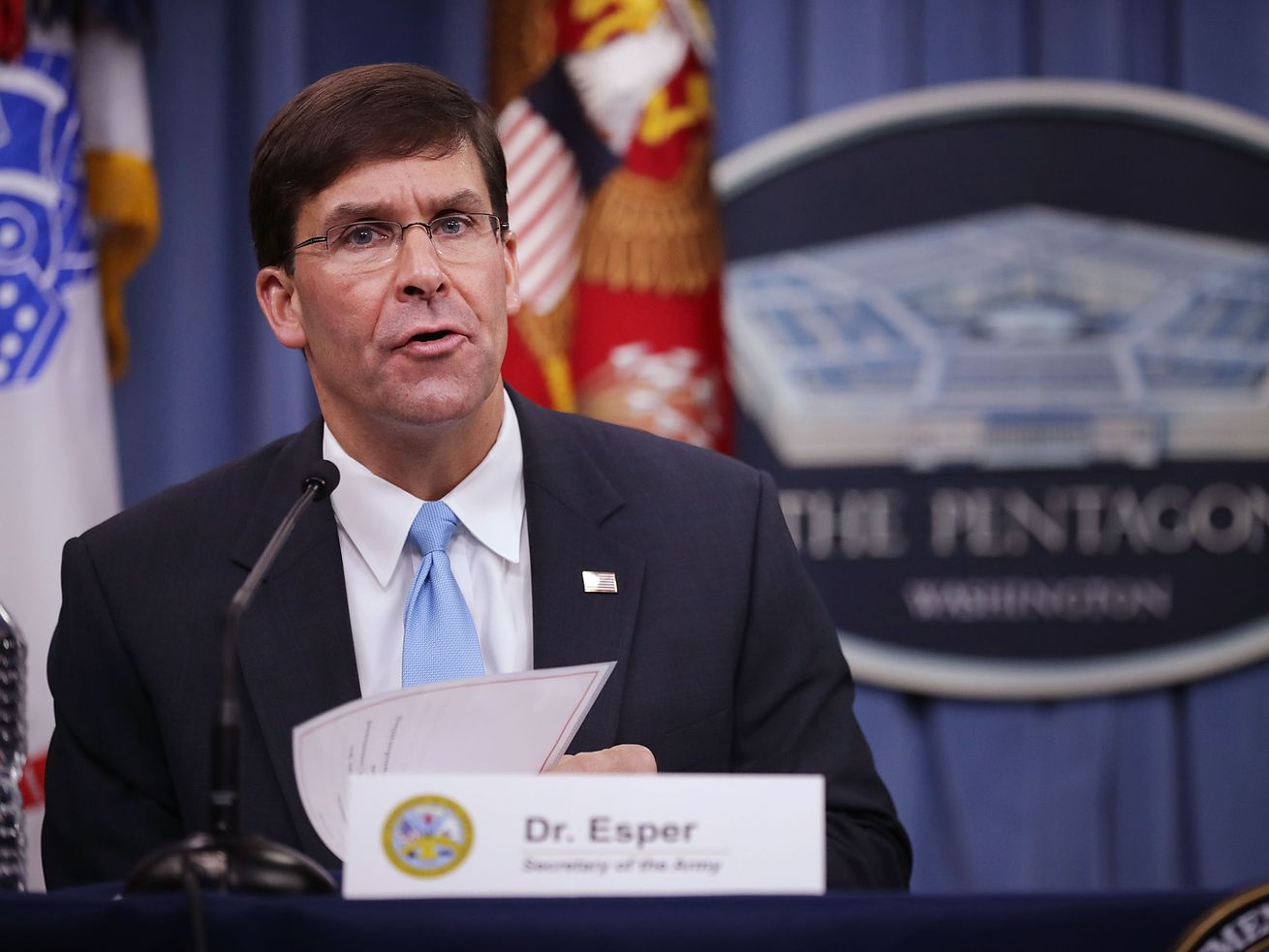 He was a former classmate of Secretary of State Mike Pompeo.

President Donald Trump is expected to name Mark Esper as his next defense secretary, according to a person familiar with the decision.

Esper is already set to become the acting defense secretary on Sunday after Trump’s original pick for the permanent role, Patrick Shanahan, decided not to seek confirmation due to a sensitive family matter. That opened the door for Esper, currently the Army’s civilian chief, to become the Pentagon’s third leader in six months and to potentially receive the official nomination in the coming days.

Trump’s decision to nominate Esper was first reported by other outlets.

Esper’s background may concern some people. Although he served as an Army infantryman — likely giving him a good understanding of everyday soldiering — he later worked as a Raytheon lobbyist for seven years before joining the Pentagon in 2017. That’s potentially problematic as the defense secretary has immense sway over which weapons the Pentagon buys. He may have to recuse himself from any decision related to Raytheon — a major defense firm — vying for contracts.

What’s more, the Trump administration is in the middle of a massive diplomatic spat with Turkey over its decision to buy and use Russian-made missiles instead of Raytheon-made ones. Esper may have to recuse himself from those discussions because of his previous employment.

But that clearly doesn’t concern the administration, and there may be a few reasons.

First, he was a former classmate of Secretary of State Mike Pompeo’s at West Point, class of 1986, and Pompeo and Esper reportedly have a friendly relationship. That gives the secretary a likely ally in deliberations on foreign policy against National Security Adviser John Bolton.

Second, Esper has long pushed for the US to take a hardline stance against China. “We may be a little bit late — we are late — coming to the recognition that we are in a strategic competition with China,” he told Reuters in April.

“The issue of China, competition with China, China’s capabilities, is not a new one to me,” said the former combat veteran who served in the first Gulf War. “That is both the foundation and the shaping of my views on these various issues, because I’ve watched this evolution for 20 years now.”

That means Trump may have a like-minded person in the Pentagon when it comes to confronting China, although the president has not shown any appetite for a military fight with that country.

Finally, Esper has said he thinks the US has lost its military edge compared to Russia and China. “Today, Russia and China are aggressively developing formations and capabilities and weapons systems that deny us that long-held advantage,” he said in a speech at the Atlantic Council think tank last May. Esper may therefore advocate for a robust defense budget, which vibes with Trump’s inclination to make the US military as strong as possible.

The challenge for Esper — as it was for former Defense Secretary James Mattis and Shanahan — will be speaking truth to power (Trump) and advocating for the Pentagon despite the White House’s whims. So although Esper has combat experience, his toughest battles could still be ahead of him.