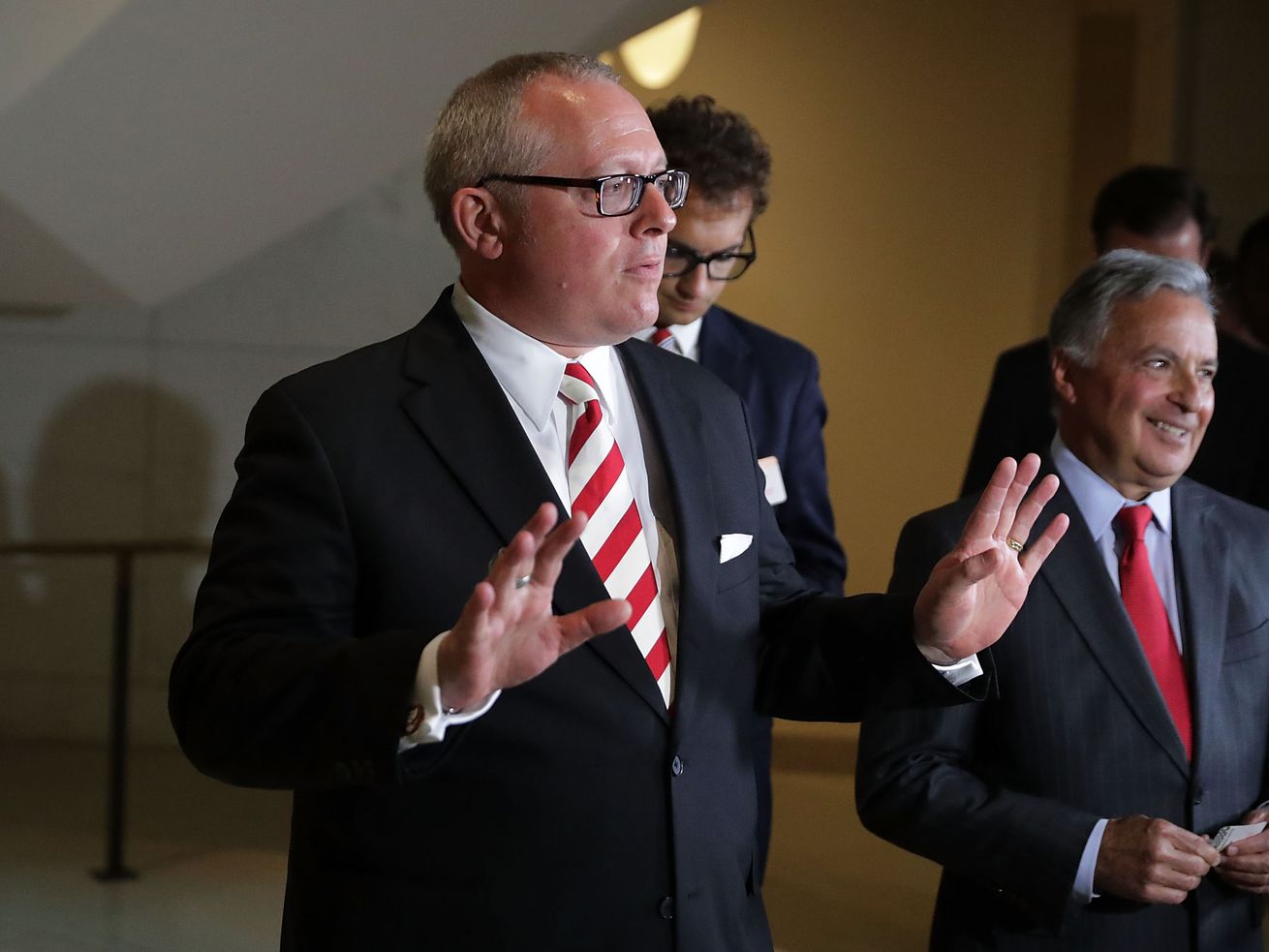 HHS officials pressured the CDC to conform with President Donald Trump’s public statements about the coronavirus.

Political appointees have repeatedly pressured Centers for Disease Control and Prevention officials to manipulate reports, in order to make them more closely align with President Donald Trump’s public statements about the pandemic, according to a new report from Politico’s Dan Diamond.

Diamond writes that “CDC officials have fought back against the most sweeping changes,” but the report finds that Trump appointees have nevertheless succeeded in politicizing public health and the response to the coronavirus pandemic, which has now killed more than 193,000 people in the US. These officials have reportedly worked to suppress reports on the ineffectiveness of hydroxychloroquine (a drug Trump has routinely touted as being effective against Covid-19), as well as to have the agency change published reports on the risks of the coronavirus and on who might be blamed for infections.

According to Diamond, these political appointees — who are part of former Trump campaign official, and current Department of Health and Human Services spokesman, Michael Caputo’s team — review the agency’s Morbidity and Mortality Weekly Reports, and have also modified the reports’ language to make them more sympathetic toward the president.

Modifying what are meant to be scientific, nonpartisan reports to more closely align them to the president’s views is concerning in part because Trump has repeatedly downplayed the pandemic, engaged in magical thinking about how it might end, and has outright lied. And, new revelations this week from journalist Bob Woodward show that the president has done all of this while deliberately misleading the country about the severity of the virus.

Neither HHS nor the CDC have responded to a Vox request for comment.

Caputo, who was installed by the White House in April this year, has no health care background or expertise to speak of. Some prominent members of his team do, however — a fact Caputo has used in his defense, citing the input of one of his advisers, Paul Alexander, on the Morbidity and Mortality Weekly Reports (MMWRs) as evidence that his team’s interference with CDC work is not politically motivated.

“He digs into these MMWRs and makes his position known, and his position isn’t popular with the career scientists sometimes,” Caputo told the New York Times Saturday. “Nobody has been ever ordered to do anything. Some changes have been accepted, most have been rejected. It’s my understanding that that’s how science is played.”

Alexander was formerly an assistant professor of health research at Canada’s McMaster University, and has been accused of using his position at HHS to promote findings that run counter to the CDC’s before. For instance, Friday’s report follows another Politico scoop earlier this week, which chronicles efforts by Alexander to curtail public comments by Dr. Anthony Fauci, the nation’s top infectious disease expert and a frequent target of the Trump administration.

According to Politico’s Sarah Owermohle, Alexander also attempted to block Fauci from warning about the importance of mask-wearing for children and from explaining the value of Covid-19 testing for young children and college students. In an email, Alexander reportedly argued, incorrectly, that “There is no data, none, zero, across the entire world, that shows children especially young children, spread this virus to other children, or to adults or to their teachers.”

More than half a million children in the United States have tested positive for Covid-19, according to the American Academy of Pediatrics, and the number of child cases climbed sharply last month as children began to return to school in some parts of the country. More than 100 children have died from the virus.

Even before this week, there was abundant evidence that the Trump administration has been working to politicize the US’s previously nonpartisan, internationally renowned public health infrastructure. Just last month, the Food and Drug Administration issued an emergency use authorization (EUA) for convalescent plasma as a Covid-19 treatment; the decision has been widely criticized, including by the National Institutes of Health, and FDA chief Stephen Hahn was ultimately forced to walk back incorrect comments about the treatment’s effectiveness shortly after the EUA was announced.

There was also the hydroxychloroquine debacle earlier this summer, where the FDA first granted and then rolled back an EUA for the unproven antimalarial drug over concerns its use was causing dangerous side effects. Trump has nevertheless repeatedly and baselessly boosted the drug as a silver bullet for Covid-19, even claiming that he was taking it as a prophylactic.

An HHS decision this month to award a public relations contract worth more than $250 million to a small market research firm in Virginia has also raised worries about politics infringing on public health. With fewer than 60 days until the general election, the contract tasks the firm with finding a way to “defeat despair and inspire hope” about the coronavirus. House Democrats this week launched an investigation into the contract, describing it as a taxpayer-funded “political propaganda campaign” in a letter to HHS Secretary Alex Azar.

And Trump and his appointees haven’t just gone after the agencies designed to guide America’s public health response; they have politicized even the most basic tenets of public health in a pandemic. For instance, the president has long refused to wear a mask — even asking others to remove them in his presence — and continues to hold largely unmasked and non-distanced political rallies, both at the White House and across the country.

That kind of politicization has consequences: As Vox’s Brian Resnick has documented, the president’s politicization of the federal government’s response — and his dedication to promoting ineffective treatments — has resulted in widespread vaccine skepticism. The president has touted rapid progress in vaccine development, even promising one as soon as October. But given vaccines normally take years to develop, many wonder whether a rushed Covid-19 vaccine, particularly one endorsed by Trump, would be safe.

That’s because the Trump administration’s efforts to manipulate public health for political purposes and gaslight the country into believing the US response to the virus has been anything but a colossal failure have chipped away at public confidence. Trump’s opposition to basic safety measures has almost certainly already cost lives — former Republican presidential candidate Herman Cain, for example, died of Covid-19 this summer after attending a Trump rally featuring little masking and social distancing — and widespread vaccine skepticism could cost many more.

Politico’s Friday revelation is just the latest manifestation of Trump’s deep politicization of public health — and as the US continues to report tens of thousands of new cases of Covid-19 per day for the sixth straight month, there’s little reason to believe that will change anytime soon.