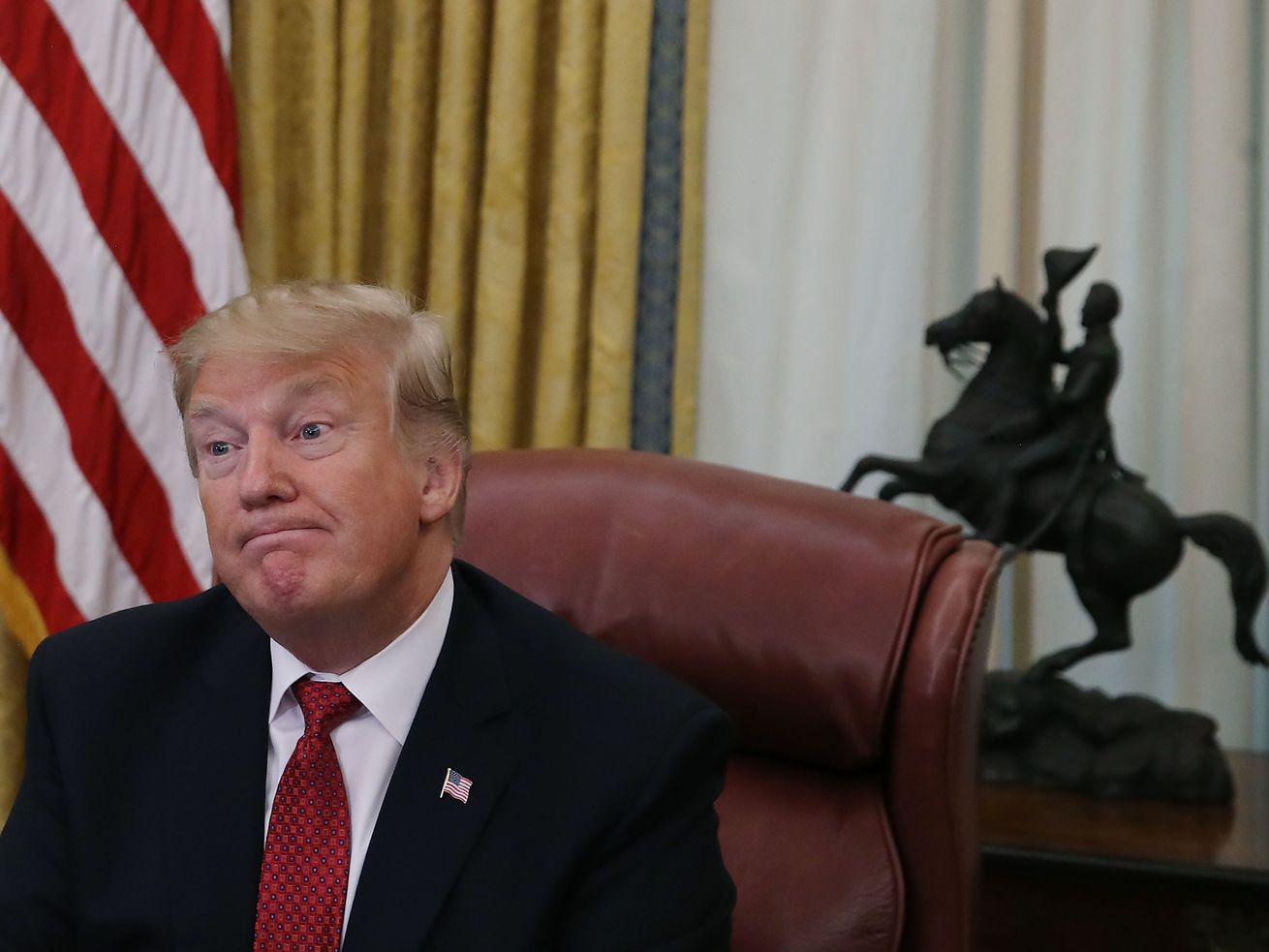 He says you should read the “COMPLETE testimony.” The problem is it proves he’s wrong.

On Tuesday, much of the media noticed that top US intelligence officials made public statements about the current state of the world that directly contradicted many of President Donald Trump’s most important claims about foreign policy.

But despite the fact that those statements were made on live television before Congress, and were also written down and entered into the congressional record, Trump is now claiming that none of that happened and that the media is lying.

“Just concluded a great meeting with my Intel team in the Oval Office who told me that what they said on Tuesday at the Senate Hearing was mischaracterized by the media,” Trump tweeted on Thursday. “I would suggest you read the COMPLETE testimony from Tuesday.”

Please, by all means, do as the president says and read it for yourself. We’ll even embed it right in the middle of this article for you. Here you go:

Or, if you prefer, you can just watch the public Senate hearing — in which CIA Director Gina Haspel, Director of National Intelligence Dan Coats, FBI Director Christopher Wray, and others say the exact same things they wrote in the report — in its entirety, courtesy of C-SPAN here or below on YouTube, courtesy of the Guardian:

For those of you who don’t want to wade through the 42-page report or watch the more than two-hour video, here’s a summary of the key findings Coats read aloud during the hearing:

Trump says this report doesn’t actually contradict his views on foreign policy, and that claiming that it does is “fake news.”

Let’s take a look, shall we? Here is what President Trump has said on these key issues:

So, ironically, Trump’s comments are the actual “fake news.”

Trump doesn’t have to listen to advisers, but he can’t change reality

….I would suggest you read the COMPLETE testimony from Tuesday. A false narrative is so bad for our Country. I value our intelligence community. Happily, we had a very good meeting, and we are all on the same page!

It’s hard to see Trump’s tweets as anything other than a way to save face after 48 hours of embarrassment.

In fact, he spent time between the Tuesday hearing and the White House meeting Thursday lambasting his spies by tweeting about how “the intelligence people … should go back to school!” because they don’t agree with his views, particularly on Iran.

But let’s be clear about something: As president, Trump has every right to make foreign policy decisions as he sees fit, and he’s not required to listen to what the US intelligence community tells him.

Intelligence is meant to help him and his advisers make the smartest, best-informed decisions possible based on the facts. If Trump chooses to completely disregard those facts and make foreign policy decisions based solely on his gut instincts, that’s his prerogative.

But that doesn’t support his claim that the media willfully mischaracterized what his top spies said. What the intelligence community effectively showed, knowingly or not, is that Trump’s foreign policy isn’t based in reality. Trump’s scapegoating the media, in this case, won’t change that.