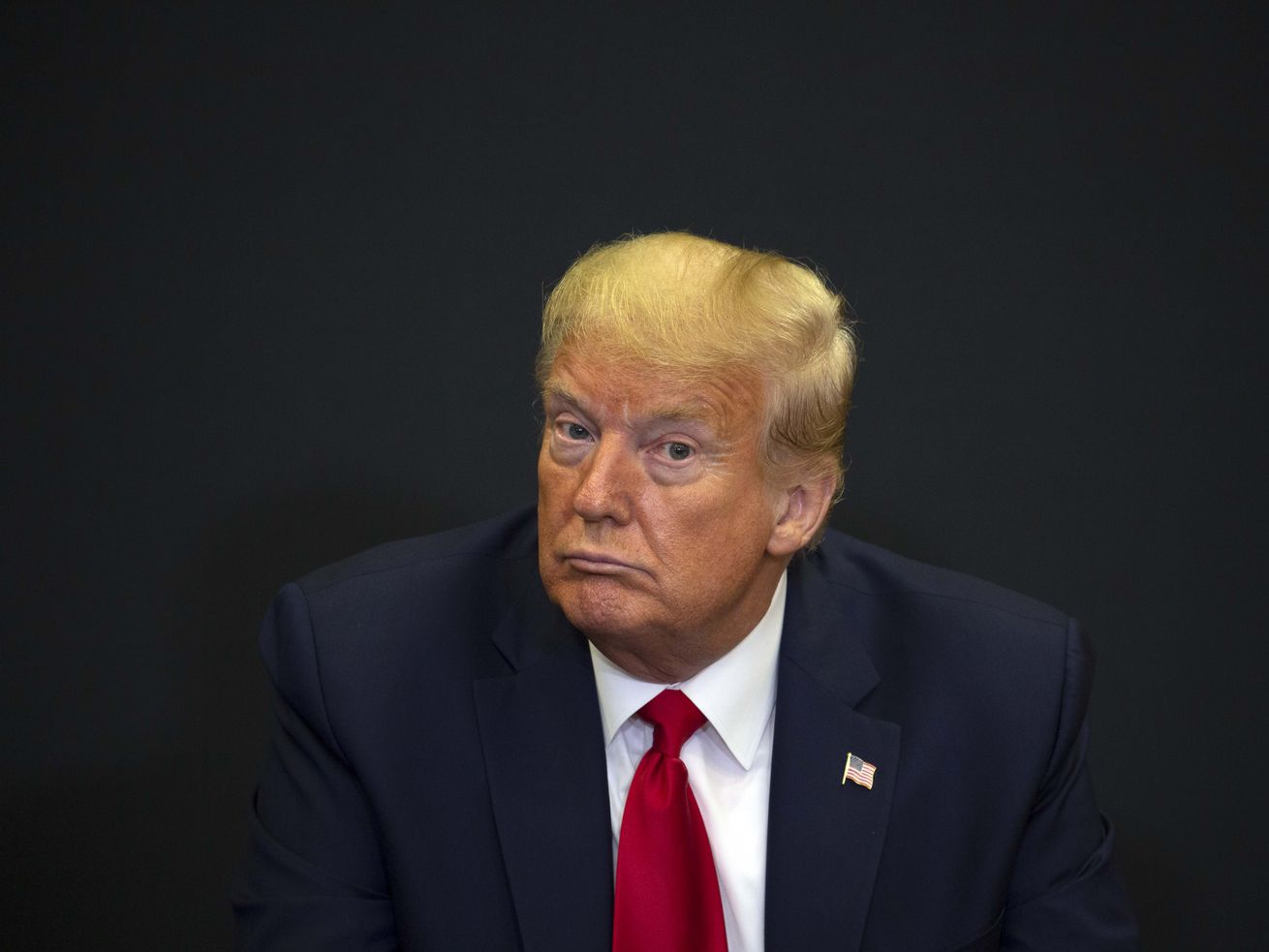 Even if Trump’s executive order tries to shut down social media companies, it would face an immediate court battle.

President Donald Trump has built his political brand by posting a steady stream of misleading information, conspiracy theories, and personal attacks on Twitter. Now that Twitter did something unprecedented and fact-checked two of his tweets, he’s escalating his typical behavior.

On Tuesday after Twitter called out Trump’s false statements about vote-by-mail ballots, the president fired back, tweeting that social media platforms “totally silence conservatives voices” [sic] and threatening to “strongly regulate” social media companies or “close them down” altogether.

Republicans feel that Social Media Platforms totally silence conservatives voices. We will strongly regulate, or close them down, before we can ever allow this to happen. We saw what they attempted to do, and failed, in 2016. We can’t let a more sophisticated version of that….

And on Wednesday, reports indicated that Trump plans to sign an executive order pertaining to social media as soon as Thursday. We don’t know the details of what the executive order would do, but if it’s an attempt to “close them down,” as he threatened, it’s likely to be immediately challenged in court.

So, does this mean Trump can actually shut down Twitter and other social media platforms?

It’s unlikely. Despite Trump’s indications to the contrary, Twitter is not violating the First Amendment by marking up his tweets. Unlike the government, Twitter is a private company that can moderate its users’ speech as it pleases, without legal penalty.

But Trump can still make things harder for these platforms, particularly bigger companies like Facebook and Google that have become targets of antitrust scrutiny. Trump can also use Twitter’s fact-check of his tweets to bolster the unfounded claim he and other Republicans have pushed that Big Tech has an anti-conservative bias. And beyond that, his anti-tech crusades serve to sow confusion and distract the public from larger issues at hand: the persistent spread of the coronavirus, the crashing job market, and how economic inequality in the US was a growing problem even before the pandemic.

The freedom of speech argument

Conservatives like Trump have long argued, without evidence, that they’re being silenced on social media despite the fact that some of the most popular Facebook, Twitter, and YouTube accounts are run by conservative political and media figures.

The complaints usually arise when a social media company deletes a conservative figure’s tweets or takes action against their account for violating the rules — for example, when Twitter, Facebook, and YouTube eventually booted conservative conspiracy theorist Alex Jones in 2018 after multiple violations of their policies.

The company hasn’t deleted any of his tweets; it merely placed a label underneath two of his posts and linked to fact-checked information that corrects his inaccurate claims.

And even if Twitter did delete Trump’s tweets, it has every legal right to do that — though, as my colleague Peter Kafka wrote this week, it’s hard to imagine it ever would. Public figures and world leaders whose posts are considered “newsworthy” are granted exceptions to Twitter’s usual rules.

Regardless, the First Amendment does not limit Twitter, Facebook, Google, or any social media platform. It limits the government, not private companies, from infringing on people’s freedom to say what they please. That means you can’t go to jail for, say, blogging unfounded conspiracy theories about the Illuminati, but you can get kicked off a social network — just like you could get fired from your job for lying or for saying something racist to a colleague.

Just to be clear: Trump’s statement that Twitter, a private company, is abridging his First Amendment freedom of speech by tagging his wild tweets about write-in voter fraud as misleading is totally absurd and legally illiterate. This thread explains why:

Ironically, it’s actually Trump — not Twitter — who is wading into unconstitutional territory here. If Trump were to try to shut down social media companies in retaliation for Twitter’s fact-check of his tweets, that would be a clear violation of the First Amendment. It would be sure to invite a fierce legal challenge and would signal an alarming attempt by the president of the United States to wield his executive power against one of the most fundamental rights in this country.

One thing Trump can do is try to regulate tech companies like Twitter in other ways. He could press for a repeal of Section 230, a law that’s part of the internet’s foundation and which shields tech platforms from being sued over content that users post on their sites.

Some, like Senator Josh Hawley, have called on Congress to repeal Section 230, which would allow anyone who feels they are victims of anti-conservative discrimination on these platforms to take legal action against the platforms themselves. So far, the repeal efforts have failed to garner significant bipartisan congressional support.

Trump could also try to use his feud with social media platforms as political ammo in supporting the Department of Justice and Federal Trade Commission’s antitrust investigations into major social media companies.

But while Facebook and Google are obvious targets for antitrust regulation, Twitter has less to worry about. It’s hard to argue that Twitter, which is a much smaller company than Facebook or Google, has monopolistic power on social media, as former spokesperson Nu Wexler pointed out.

Note that Trump has much less leverage over Twitter than other companies. Twitter don’t sell political ads, they’re not big enough for an antitrust threat, and he’s clearly hooked on the platform.

That may be part of the reason why Twitter has been more willing, at least in this scenario, to fact-check Trump than its social media peers.

Social media vs. the people

While Trump may not be able to do much legally to Twitter, he can and certainly is escalating his optics assault on Twitter, Facebook, and Google.

The morning after Twitter’s fact-check, Trump surrogate Kellyanne Conway appeared on Fox News and slammed a Twitter executive named Yoel Roth for tweets he’d posted over the years that criticized the president and suggested there are Nazis in the White House. During the interview, she suggested viewers would follow his account and give him a piece of their mind — and after the clip aired, hundreds of users began hounding Roth’s account, posting angry and at times threatening replies.

Twitter has said Roth wasn’t the one making the final call on Trump’s fact-check. But it doesn’t matter. Roth is just the latest target for the Trump administration to paint a caricature of Big Tech as being purportedly biased against conservative users.

This has all been part of Trump’s campaign playbook since the beginning, and he’s leaning into it even harder with the presidential election less than six months away: create political boogeymen (in this case, the liberals running social media) and rile up support among prospective voters by promising to be the candidate who will fight for them.