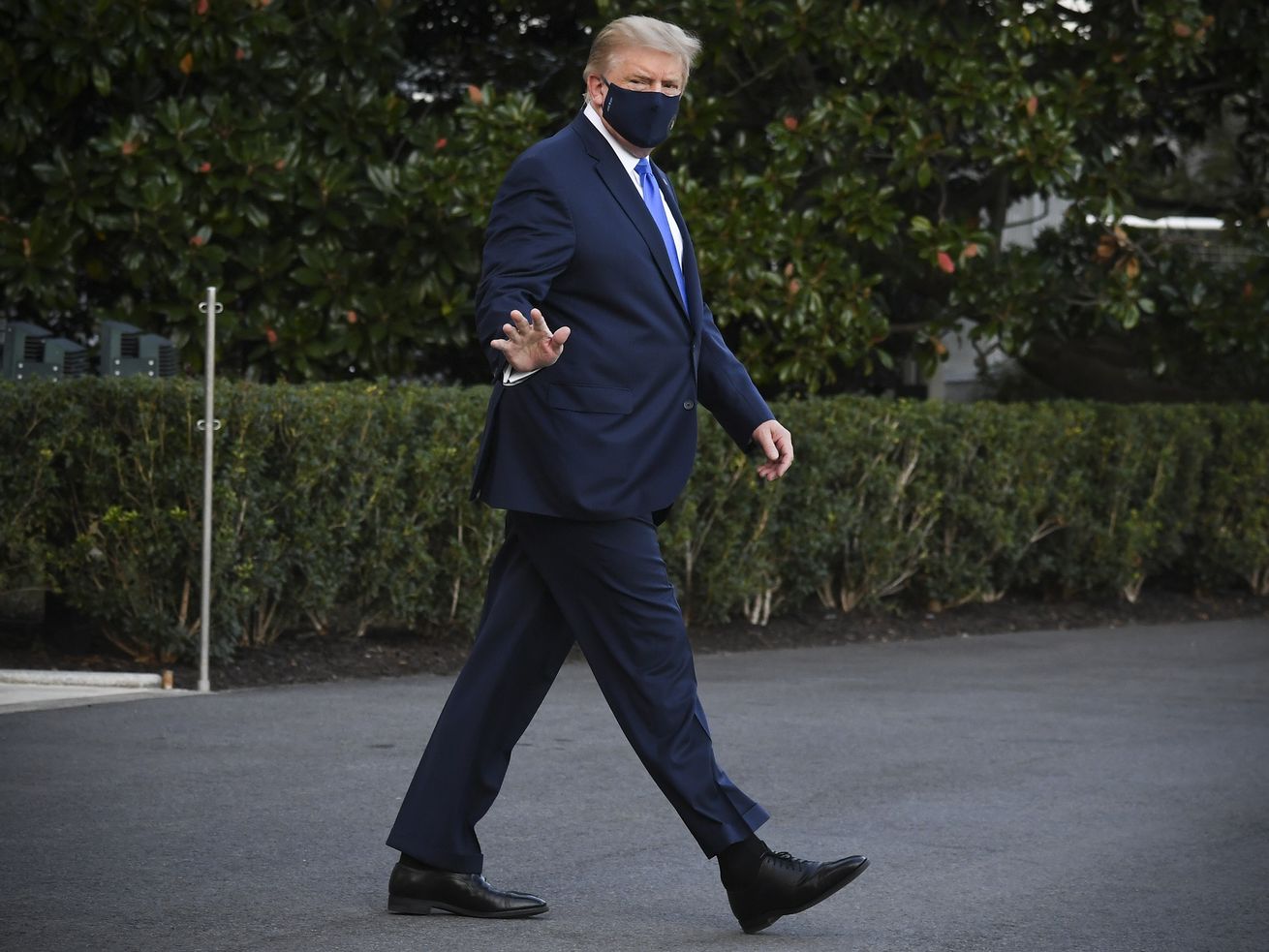 The White House says the decision is “out of an abundance of caution.”

President Donald Trump is heading to Walter Reed Military Medical Center for a “few days,” according to White House press secretary Kayleigh McEneny, “out of an abundance of caution” less than 24 hours after he tested positive for the coronavirus.

“President Trump remains in good spirits, has mild symptoms, and has been working throughout the day,” McEneny said in a statement. “Out of an abundance of caution, and at the recommendation of his physician and medical experts, the President will be working from the presidential offices at Walter Reed for the next few days. President Trump appreciates the outpouring of support for both he and the First Lady.”

Trump has suffered “mild symptoms” from the virus since this morning, including a low-grade fever, cough, and nasal congestion, according to multiple outlets and White House officials. However, a White House official told me he was not bedridden and continued to work throughout the day.

Shortly before the announcement that the president was heading to Walter Reed, his physician, Sean Conley, issued a memo outlining how they’re treating Trump.

The physician said Trump had received “a single 8 gram dose of Regeneron’s polyclonal antibody cocktail” along with “zinc, vitamin D, melatonin and a daily aspirin,” and he “completed the infusion without incident.”

“As of this afternoon the President remains fatigued but in good spirits,” the statement read.

Still, Trump is an older, obese man, which means he’s at higher risk of greater complications due to the coronavirus. Getting him out of the White House, away from important staff and others in the building who also contracted the disease, is thus the sensible move.

However, just because the president will reside at Walter Reed — a military hospital in Bethesda, Maryland — for a while doesn’t necessarily mean Trump will be out of commission. There’s an executive suite at the facility, with a residence and office space, for Trump to use while he stays there.

So despite his condition and new location, Trump will remain in charge of the country, White House officials say.