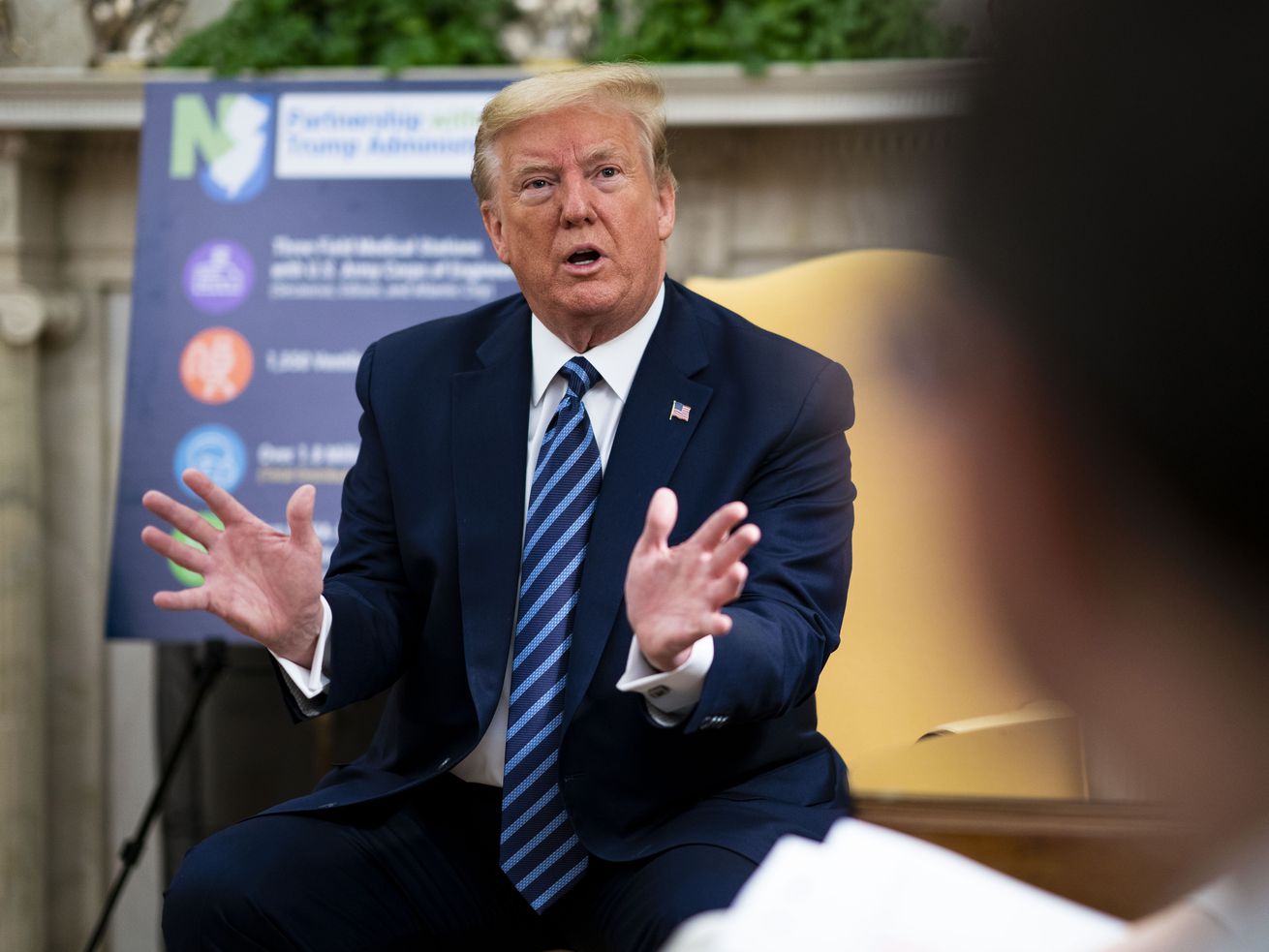 An exchange with CNN’s Jim Acosta revealed just how impervious to correction the president’s falsehoods can be.

Observers of American politics sometimes wonder why White House reporters don’t do a better job asking President Donald Trump questions that expose his obviously false claims for what they are. An exchange on Thursday showed why it isn’t so simple.

During a White House press availability on Thursday, CNN’s Jim Acosta asked Trump to explain how it makes sense to blame former President Barack Obama for testing problems pertaining to a virus that didn’t even exist until nearly thee years after he left office.

“The last administration left us nothing. We started off with bad, broken tests, and obsolete tests,” Trump asserted, prompting Acosta to jump in and ask: “You say ‘broken tests’ — it’s a new virus, so how could the tests be broken?”

Acosta’s question succinctly revealed the fundamental absurdity of Trump’s ongoing efforts to pin blame for coronavirus testing problems on his predecessor. Trump, however, just plowed forward with variations of the same false claim over and over again.

“We had broken tests. We had tests that were obsolete. We had tests that didn’t take care of people,” Trump insisted, before pivoting to bashing Obama and former Vice President Joe Biden for their handling of the 2009 H1N1 flu outbreak, which killed about 12,500 Americans. (As of April 30, the coronavirus has killed more than 61,000 people in the US.)

.@Acosta: You say you had “broken tests” from Obama — the coronavirus is a new virus, so how could the tests be broken?

Trump has been using this particular “Pants on Fire” lie for weeks now, even though anyone with a basic understanding of how time works can easily see how absurd it is. The novel coronavirus that causes Covid-19 didn’t even exist until late 2019, and didn’t arrive in the US until January. So barring some sort of time travel, it was not possible for Obama to develop a test for a virus that didn’t exist until nearly three years after he left office.

It’s total nonsense, but for those not paying close attention, it perhaps sounds plausible enough. And so Trump keeps saying it again and again and again in his efforts to distract from his government’s failure to develop and mass-produce a reliable coronavirus test during a crucial period in January and February, when the virus was spreading across the country in a mostly undetected manner.

“We inherited obsolete tests” — Trump ludicrously tries to blame Obama for the fact that the CDC he oversees failed to develop a functional test in January and February. Pence then takes the podium to try to clean up the mess. pic.twitter.com/cQ5JSOq3AU

While it wasn’t possible for Obama to leave coronavirus tests for Trump, his administration did leave behind a detailed pandemic response playbook put together by Obama’s National Security Council in 2016. But instead of using it, Trump fired the government’s pandemic preparedness team in 2018, and later spent six weeks after the coronavirus arrived in the US downplaying it at every turn.