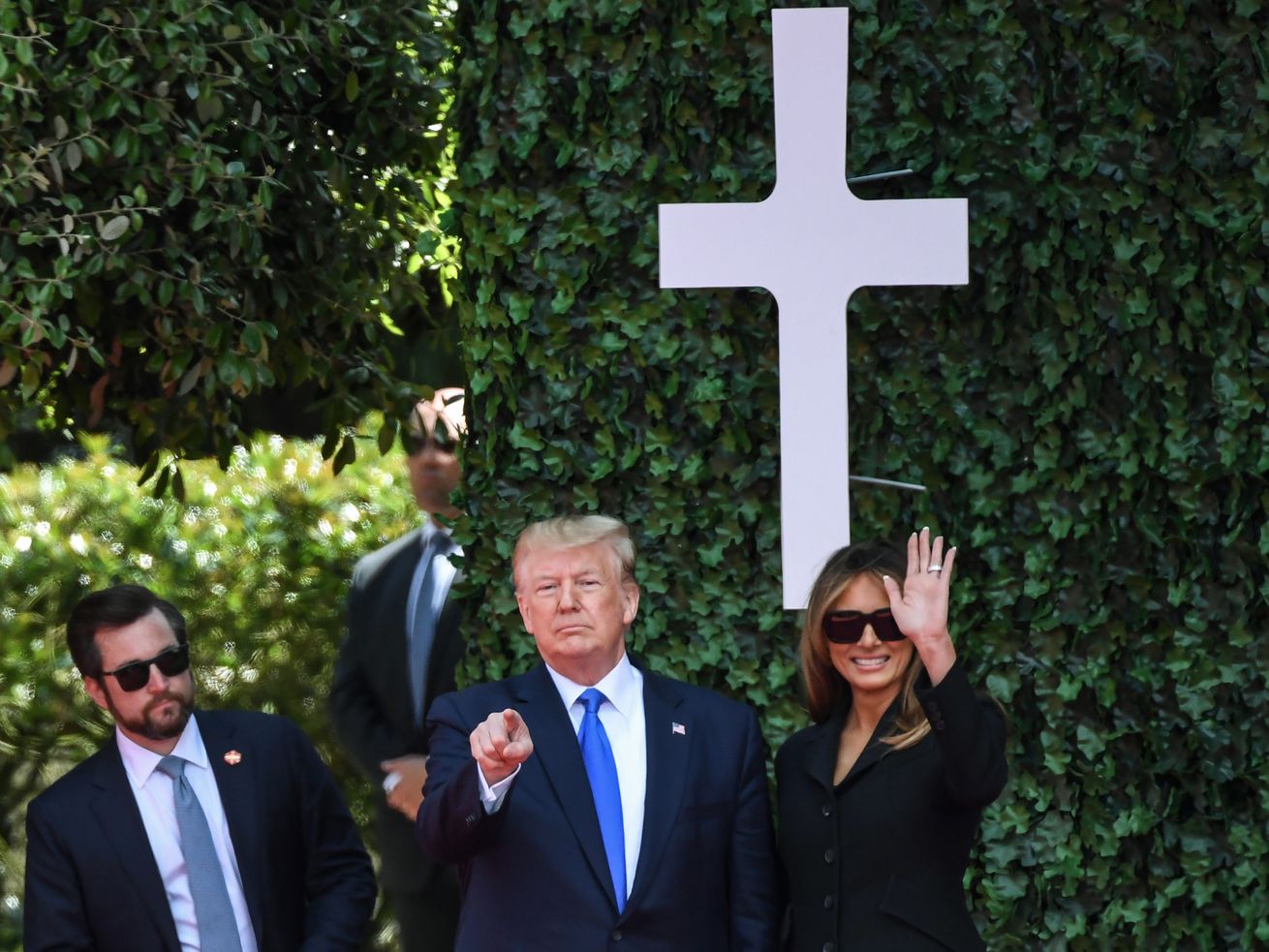 The president didn’t let the solemnity of the occasion stop him from talking trash about his political enemies.

President Donald Trump spent most of Thursday in Normandy, France, to commemorate the 75th anniversary of D-Day and honor the Americans who fought and died to liberate France from Nazi occupation in World War II.

But he didn’t let the solemnity of the occasion stop him from talking trash about his political enemies.

Sitting just a few feet away from the thousands of white grave markers at the Normandy American Cemetery, where more than 9,000 American war dead are buried, Trump gave an interview to Fox News’s Laura Ingraham in which he insulted former special counsel Robert Mueller and said House Speaker Nancy Pelosi — or “Nervous Nancy,” as he called her — is “a disaster.”

Asked if he would mind if Mueller were to testify before Congress, as House Democrats want, Trump replied that the special counsel had “made a fool out of himself” the last time he testified.

It’s not clear which of Mueller’s previous testimonies the president was referring to. Mueller has not testified before Congress since he was appointed as special counsel, but he did make a rare public statement last week to clarify the findings of his report on the Russia investigation.

It’s a longstanding tradition that American politicians are supposed to “leave politics at the water’s edge” when they travel abroad — meaning you don’t smear your political opponents when you’re outside the country. Politicians of both parties have broken the unwritten rule in the past, but Trump has done so repeatedly, and with gusto.

But for Trump to denigrate two fellow Americans — two Americans whom Trump may not like but whose patriotism and loyalty to the country is unquestionable, and one of whom is a decorated veteran — while sitting just a few feet away from the remains of America’s fallen military heroes is a different level entirely.

Not to mention the fact that Pelosi was actually in Normandy as well as part of a congressional delegation to commemorate the D-Day anniversary. When asked for her reaction to Trump’s comments, Pelosi replied, “I don’t talk about the president while I’m out of the country. That’s my principle.”

Pelosi declining to criticize Trump while at Normandy today: “I don’t talk about the president while I’m out of the country. That’s my principle.” pic.twitter.com/tPcaHnwK9m

It was the kind of respectful response expected from a high-level American politician representing the country on a trip abroad. It’s just unfortunate the highest-level politician of all didn’t hold himself to the same basic standard of decorum.