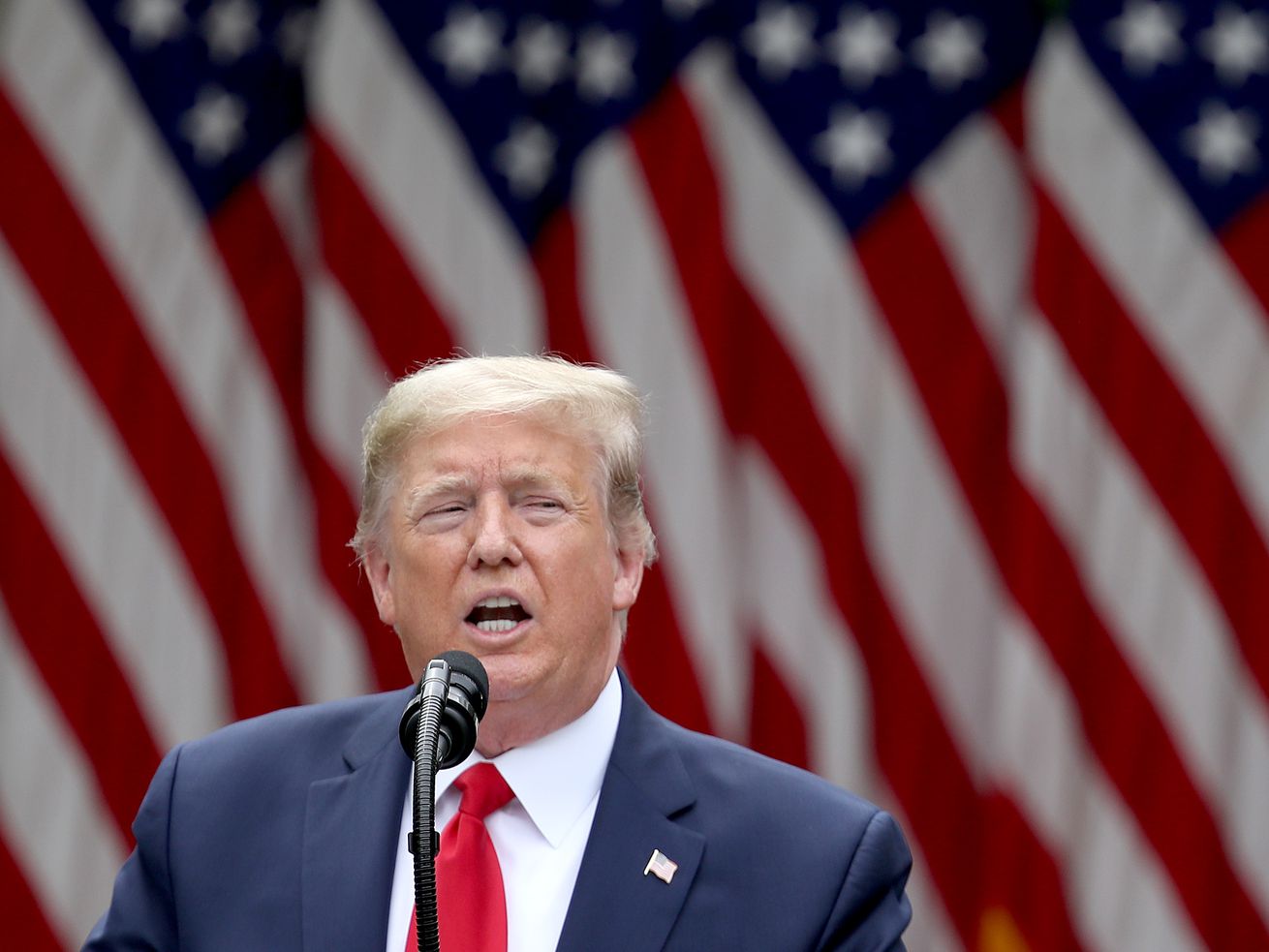 resident Donald Trump announced America’s withdrawal from the World Health Organization at the White House on May 29, 2020. | Win McNamee/Getty Images

Trump’s decision potentially weakens the world’s premier health body in the middle of a pandemic.

President Donald Trump just announced that the United States will withdraw from the World Health Organization, a decision that will likely harm the top international health body in the middle of the coronavirus pandemic.

Speaking on Friday afternoon from the Rose Garden, Trump repeated his accusation that the organization had failed to warn the world of the coronavirus’s dangers in a timely manner due to pressure from Beijing. Because the president claims the global body is now beholden to China — a somewhat dubious claim — he said it’s no longer worth it for the US to remain a WHO member.

Trump is right to note that the WHO did make some mistakes early on in the pandemic, such as not pushing China to allow international inspectors into the country as the coronavirus outbreak grew, and falsely asserting in January that “Chinese authorities have found no clear evidence of human-to-human transmission” of Covid-19.

But that’s a far cry from proof of some special WHO-China conspiracy, and also serves as a convenient excuse to distract from Trump’s lacking coronavirus response in the US — including ignoring months of US intelligence warning of an imminent threat to the country from the virus.

Which makes Trump’s WHO decision more an act of political theater than of smart foreign policy, which is partly what has global health experts upset. “It is a sad day when the US abdicates its leadership on global health and unconscionable that the president would take this step amid a deadly pandemic in which the WHO is coordinating the international response,” Council on Foreign Relations senior fellow Thomas Bollyky told me.

It’s unclear why Trump made this decision now

The first is whether Trump can singlehandedly withdraw the US from the WHO. A senior White House official told me it was “doubtful” he could, but it’s possible he could indefinitely freeze money to the body and leave it to Congress to force contributions.

Some of the president’s staunchest Congressional critics such as Democratic Sen. Chris Murphy have already lambasted his decision, though Republican Rep. Matt Gaetz — a key Trump ally — told me he supports Trump’s action.

It was never about reforming the WHO. That was all lies. It was always about distraction and scapegoating.

Leaving castrates our ability to stop future pandemics and elevates China as the world’s go-to power on global health.

The law here also is tricky.

Under US law, Bollyky told me Trump, as president, has the right to withdraw the country from any treaties he wants. In international law, however, there’s no provision in the WHO’s constitution for leaving the body. That may require Trump to give a 12-month notice before the US can officially leave, per the Vienna Convention on the Law of Treaties, the required method when there’s no official mechanism for pulling out of an international accord.

But at the end of the day, some experts say, Trump’s action comes down to American politics and if anyone will hold him accountable. “No one is going keep us in if the US doesn’t want to be,” said Bollyky.

The second question is why Trump made this announcement now.

On May 18, Trump sent a letter to the WHO’s chief outlining the US’s grievances about the body’s handling of the coronavirus pandemic and its ties to China, warning, “If the WHO does not commit to major substantive improvements within the next 30 days,” the US would “reconsider our membership.”

Trump at the time said the administration was working in concert with the WHO to make such reforms, though he never specified what they were. Now, just 11 days later, he’s giving the WHO no more time to make changes. “We have detailed the reforms that [the WHO] must make and engaged with them directly, but they have refused to act,” Trump said during his announcement.

The White House didn’t respond to an immediate request for comment about why Trump withdrew weeks before the 30-day deadline.

“If there is a problem, the United States should name it and fix it, rather than giving up its seat at the table,” said Amanda Glassman, the executive vice president of the Center for Global Development.

What is clear is the president’s decision will be a major blow to the WHO. America’s withdrawal means the health body will lose nearly $900 million in US contributions every two years, by far the most the body receives from any nation. Trump had already frozen about $400 million of that money last month when Trump first froze funding during a review of US-WHO relations.

The US will now be “redirecting those funds to other worldwide and deserving urgent global public health needs,” Trump said, without naming what those might be.

Put together, Trump made the global coronavirus response harder to coordinate, possibly ignited a Congressional firestorm, and almost surely worsened the world’s perceptions of America. Quite the trifecta.