THE TORIES have been warned they face an Anthony Joshua-style knock-out blow if an election is held this year.

The next Conservative Prime Minister would end up on the canvas as the Brexit Party cost them more than seventy seats, an expert says.

Professor Matthew Goodwin says that even if Nigel Farage’s party gets twenty per cent in a national poll they would give the Tories a bloody nose.

At the by-election in Peterborough on Thursday, they polled 29 per cent but finished second just 638 votes behind Labour.

He likens the rout to boxer Joshua losing his heavyweight crown to Andy Ruiz in New York last weekend.

He said: “You’d be wrong to write off the Brexit Party just yet.

“This is because Farage and his party are one of two reasons why the Conservative Party, like Anthony Joshua could suffer one of their biggest knock-outs yet.” 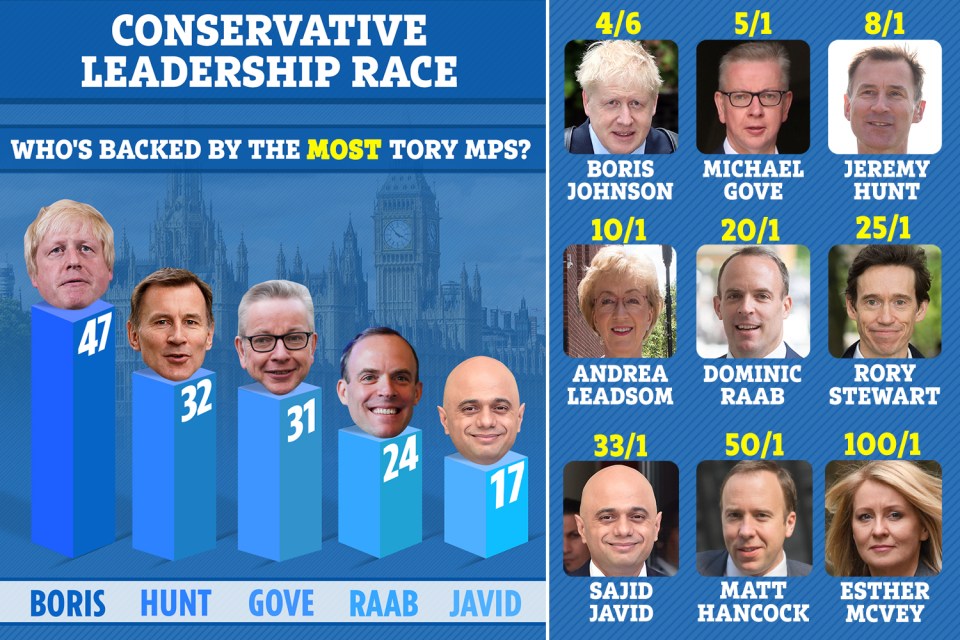 Goodwin says this problem for the Tories is of “Houston proportions”.

Party chiefs are also told to be aware of the Lib Dem surge – not seen since Nick Clegg’s popularity soared in 2010.

Goodwin says that in 2015, the party’s “masterstroke” was to offset Tory losses to Labour or Ukip by capturing seats from the Lib Dems.

He adds: “With Vince Cable’s party hovering above 20 per cent in the polls such a strategy is no longer possible.”

Nigel Farage said: “The only way to stop Labour getting in is by voting for the Brexit Party.”