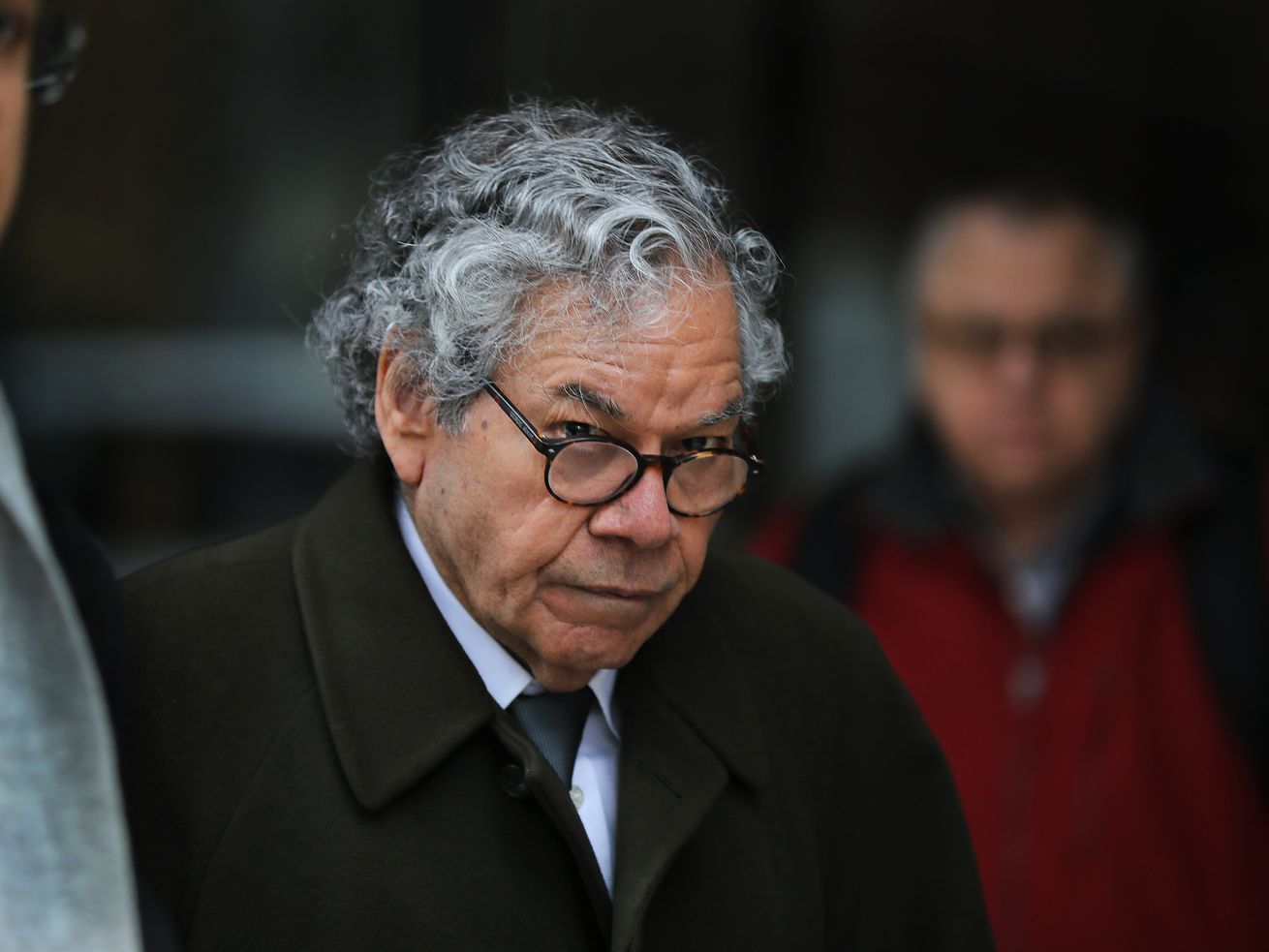 The verdict could send the former executives to prison for years.

Executives at a major opioid company, Insys Therapeutics, were found guilty by a federal jury on Thursday for, among other misdeeds, bribing doctors to prescribe their fentanyl-based painkiller — in another sign that the federal government and the public are increasingly ready to hold individuals and companies responsible for their role in the nationwide opioid epidemic.

Throughout the trial, prosecutors detailed Insys’s far-reaching efforts to sell as much of its potent opioid painkiller, Subsys, as possible, beyond its approved use for cancer pain. According to the New York Times, prosecutors accused the company of paying off doctors — for, say, fake educational talks — so they would prescribe the drug widely. It also allegedly misled and lied to insurance companies so they would pay for the medication. And a former employee said she saw Lee, who was previously an exotic dancer, give a doctor a lap dance to get him to prescribe more of the opioid.

At one point, Insys also produced a rap video for Subsys. (One of the lines in the song is that they’re “always compliant like we supposed to be.” Apparently not.)

After 15 days of deliberations, the federal jury found all five executives guilty. The charges include the potential for prison time.

It’s not the first time an opioid company has been found guilty of criminal charges. In 2007, Purdue Pharma, the maker of OxyContin, and three of its top executives paid more than $630 million in federal fines for misleading marketing. The three executives were also criminally convicted, each sentenced to three years probation and 400 hours of community service.

And this week, another drug distributor, the McKesson Corporation, reached a $37 million settlement with West Virginia in an opioid lawsuit.

The recent verdict against Insys and charges against Rochester are part of a broader effort to hold pharmaceutical companies accountable — in the forms of lawsuits, fines, and charges — for their involvement in today’s drug overdose crisis, which is the deadliest in US history.

Hundreds of lawsuits have now been filed against the companies. Several states are suing individually, and Oklahoma recently landed another legal settlement with Purdue. A separate collection of about 1,600 lawsuits, largely from various levels of government, has been consolidated by a federal judge in Cleveland in an attempt to reach a landmark legal resolution to the opioid epidemic.

The successful trial against Insys suggests that courts and juries are ready to punish the companies involved.

Since 1999, more than 700,000 people in the US have died of drug overdoses, mostly driven by an increase in opioid-related deaths. That’s comparable to the number of people who currently live in big cities like Denver and Washington, DC. Some estimates predict that hundreds of thousands more could die in the next decade of opioid overdoses alone.

The hope of the legal action against opioid makers and producers is not just to hold them accountable, which alone could help deter drug companies from misbehaving in the future, but also to get funds — whether through fines or other legal payouts — that could be used to pay for addiction treatment. Addiction treatment is notoriously underfunded in the US, with experts in recent years calling on the federal government to invest tens of billions of dollars in building up treatment infrastructure. (For reference, a 2017 study from the White House Council of Economic Advisers linked a year of the opioid crisis to $500 billion in economic losses.)

A $37 million settlement is just a drop in that bucket, as are the fines and settlements that other companies (including Insys) are paying. But since companies like Purdue, Rochester, McKesson, and Insys helped cause and perpetuate the opioid crisis, advocates argue that they should at least help pay for the consequences of the epidemic.

How opioid makers and distributors helped cause the opioid epidemic

The opioid epidemic can be understood in three waves. In the first wave, starting in the late 1990s and early 2000s, doctors prescribed a lot of opioid painkillers. That caused the drugs to proliferate to widespread misuse and addiction — among not just patients but also friends and family of patients, teens who took the drugs from their parents’ medicine cabinets, and people who bought excess pills from the black market.

A second wave of drug overdoses took off in the 2000s when heroin flooded the illicit market, as drug dealers and traffickers took advantage of a new population of people who used opioids but had either lost access to painkillers or simply sought a better, cheaper high. And in recent years, the US has seen a third wave, as illicit fentanyls offer an even more potent, cheaper — and deadlier — alternative to heroin.

It’s the first wave that really kicked off the opioid crisis — and where opioid makers and distributors come in.

Manufacturers of the drugs misleadingly marketed opioid painkillers as safe and effective, with multiple studies tying the marketing and proliferation of opioids to misuse, addiction, and overdoses. Opioid makers like Purdue Pharma, Endo, Teva, and Insys are all accused of playing a role here.

As a group of public health experts explained in the Annual Review of Public Health, the companies exaggerated the benefits and safety of their products, supported advocacy groups and “education” campaigns that encouraged widespread use of opioids, and lobbied lawmakers to loosen access to the drugs.

The result: As opioid sales grew, so did addiction and overdoses.

Insys arrived somewhat late to the game, with Subsys coming to the market in 2012. In this way, it benefited from the previous misconduct of opioid companies that had done a lot of the groundwork in expanding prescriptions of opioids.

It’s not just that the opioids were deadly; they also weren’t anywhere as effective for chronic non-cancer pain as the companies claimed. There’s only very weak scientific evidence that opioid painkillers can effectively treat long-term chronic pain as patients grow tolerant of opioids’ effects — but there’s plenty of evidence that prolonged use can result in very bad complications, including a higher risk of addiction, overdose, and death. In short, the risks and downsides outweigh the benefits for most chronic pain patients.

With drug overdoses now tied to tens of thousands of deaths each year, different levels of government, as well as private groups and individuals, are now trying to hold pharmaceutical companies to account for the opioid crisis. That’s why Thursday’s news of the verdict against Insys’s executives is a big deal: It shows that the broader effort to hold these companies accountable really may work.

For more on the lawsuits against opioid companies, read Vox’s explainer.