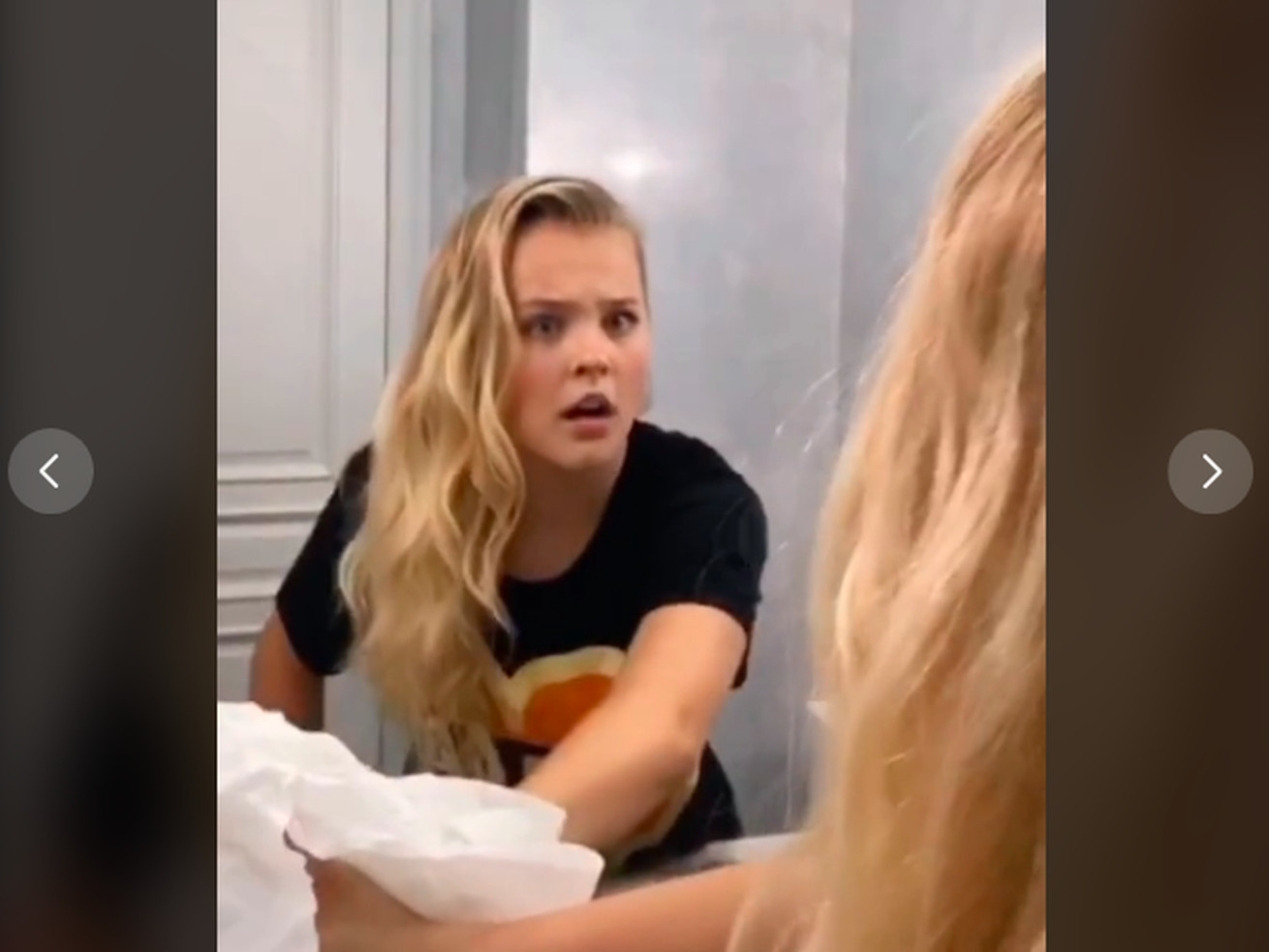 Girls on TikTok are firing back at sexist comments with “OK wallet.”

Hello from The Goods’ twice-weekly newsletter! On Tuesdays, internet culture reporter Rebecca Jennings uses this space to update you all on what’s been going on in the world of TikTok. Is there something you want to see more of? Less of? Different of? Email rebecca.jennings@vox.com, and subscribe to The Goods’ newsletter here.

Celebrities were never really just like us, but quarantine has had a rather exacerbating effect on those differences. Namely, stars are being extremely weird and thirsty online. This week, Justin Bieber lit up the internet by commenting on 15-year-old TikTok queen Charli D’Amelio’s video asking her to DM him (in fairness, it was to ask her to record a video for his little sister). Jason Derulo, meanwhile, continues to be fully unhinged on the app, filming horrifying “pranks” that involve fake chipped teeth (Vulture has a very good roundup of his worst offenses).

But the celebrity TikTok that really broke the internet last week was from one JoJo Siwa, teenage dancer and hair bow entrepreneur known for her frantically paced YouTube videos and rainbow-and-glitter-covered costumes that make her wildly popular with small children. It was the eve of her 17th birthday, and Siwa participated in the “Wipe It Down” challenge (it’s barely worth describing because it’s basically just another iteration of the many, many makeover memes). This time, though, Siwa went from her usual look — unfathomably tight side ponytail, sequin-covered bomber jacket — to that of an unassuming teenager: baggy black T-shirt, hair down and de-accessorized.

At the time, there was a lot of speculation, mostly on Twitter, about What It All Meant. Was JoJo finally doing what child stars tend to do when they start to knock against adulthood and aging up her image? Was she finally about to be free from her contract with Nickelodeon and thus no longer obliged to dress like a cartoon toddler? Was she revealing something about her sexuality, as several viral tweets suggested? (This rumor feels particularly gross, considering JoJo has never implied that she has any desire to publicly address her romantic life.)

Anyway, it turns out that the video probably meant nothing. JoJo has repeatedly stated that she has control over her image and that the recent clips she’s shared of herself looking more toned down is just what she’s always worn while hanging out at home. The JoJo Siwa who owns a convertible with her face on it is maybe the JoJo Siwa we’ll know for eternity. Speaking of, here is a delightful video of her dancing in said car.

TikTok in the news

The latest culture war taking place on TikTok is one that’s as old as time: people being sexist! In late April, TikTokers started responding to comments from male users that described women as “dishwashers” or “sandwich makers” with the phrase “OK wallet.” Just as “OK boomer” was a term that delegitimized older adults who condescended to millennials and Gen Z, “OK wallet” is a tool intended to reverse the dominant discourse.

Kalhan Rosenblatt covered the meme at NBC News, discovering that a major flashpoint for the phrase was when TikTok star Haley Sharpe danced to a song that had previously mostly been used by men, and followers were defending her against sexist comments. It’s just one part of long-brewing tension on TikTok, where users tend to be much younger than on other social platforms.

“The back and forth has created a debate about sexism among Generation Z and whether the phrases are, in fact, meant to be humorous or are an incarnation of misogyny,” Rosenblatt writes. Those of us who’ve been around the internet long enough, though, know what happens when “edgy” jokes start sounding a lot like regular old sexism.

A girl recreated the hilarious birthday video she filmed when she was 11 every year until she turned 18. It’s very cute!