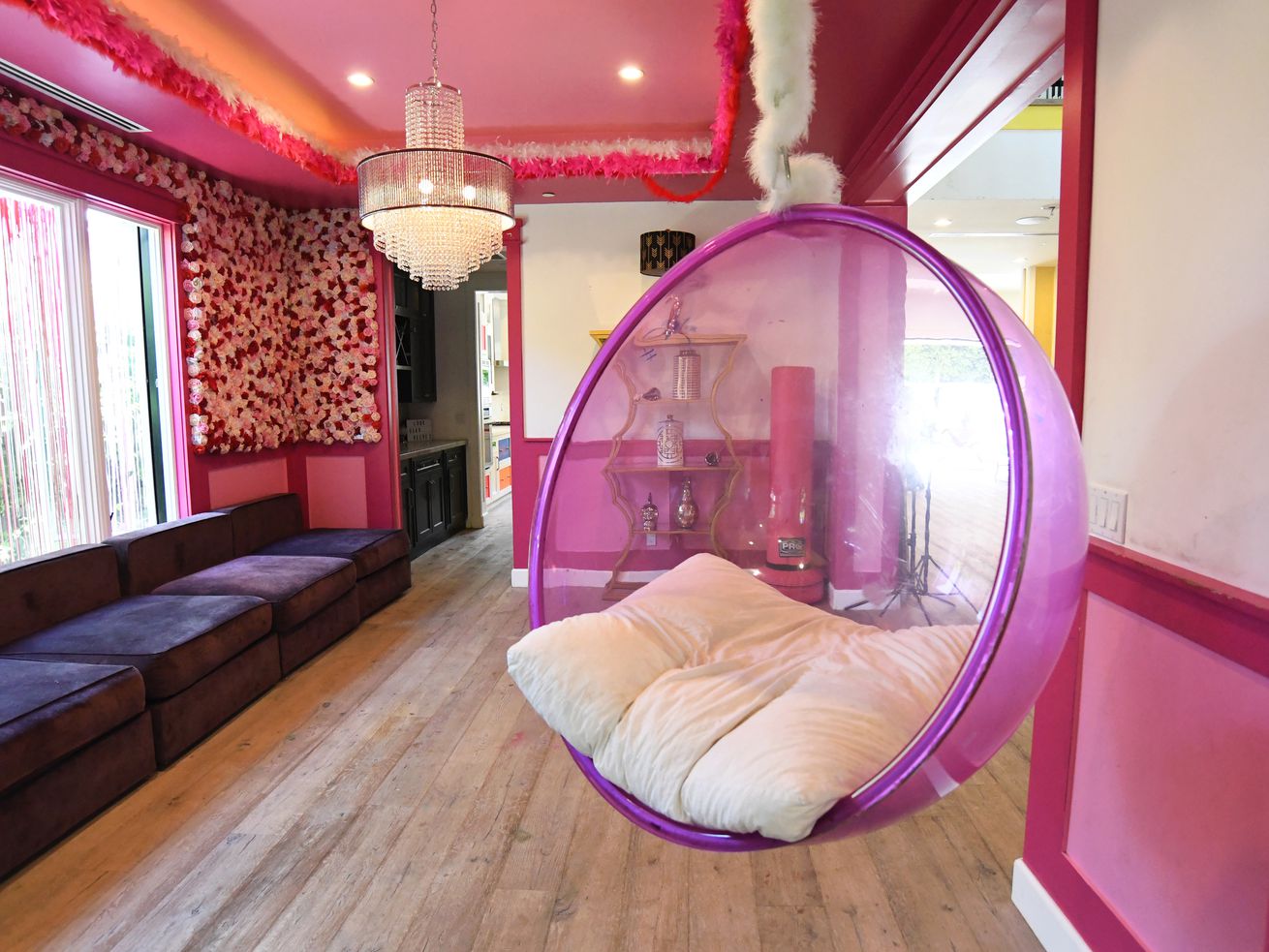 The inside of the Girls in the Valley house. | Jon Kopaloff/Getty Images

Plus, the best thing on TikTok is the guy skateboarding to Fleetwood Mac.

Hello from The Goods’ twice-weekly newsletter! On Tuesdays, internet culture reporter Rebecca Jennings uses this space to update you all on what’s been going on in the world of TikTok. Is there something you want to see more of? Less of? Different of? Email rebecca.jennings@vox.com, and subscribe to The Goods’ newsletter here.

Last fall, I was interviewing a teenage TikToker when he mentioned that sometimes he and his social media friends, all of them devout Christians, would rent an Airbnb in LA to film videos together. I asked him to keep me posted the next time they were planning to meet up because I’d love to observe it.

That never ended up working out, but a few months later the world would be introduced to the concept of the TikTok collab house, and I would be in LA meeting some of their hopeful members. Throughout 2019, thousands of kids would go viral on TikTok, many of them with plans to move to California in the hope of finding money, friends, and fame.

It was there that I realized that the popular image of the wealthy and privileged TikTok star was the exception rather than the rule. Nearly every TikToker I met seemed to be running from something: their families, their closed-minded towns, their boring high schools. Collab houses were a formalized way to feel a part of something, and they all wanted to be part of the biggest and best one.

Sitting around Bella Thorne’s dining room table in February, a group of aspiring stars told me exactly what they’d dealt with to achieve it. They spoke of a manager named Chase who’d promised them a house, then allegedly lied to them about everything and abandoned them in Las Vegas. They were starting a new house called Girls in the Valley, and this time it would be for real.

But the next few months would see the total destruction of the Girls in the Valley, as well as, arguably, the collab house as a functioning business model. That’s the narrative of my longform piece, A TikTok house divided, which published last week. It’s an old story but also a very new one: Beautiful young people have always tried to find fame and had to deal with shady agents and managers, it’s just that the number of those people has skyrocketed. On Famous Birthdays, the website that keeps a database of celebrities both massive and minor, more than 10,000 people are listed as TikTok stars.

The way fame works now is far more varied and much less codified than ever. Using a group of young TikTokers as a case study, I wanted to show precisely how this new system operates. (Spoiler: not well!) I hope you read it, even though there are several different characters named Chase.

TikTok in the news

POV: Your mom enters your room at 7 am and promises that whatever annoying chore she needs you to do will only take a second.