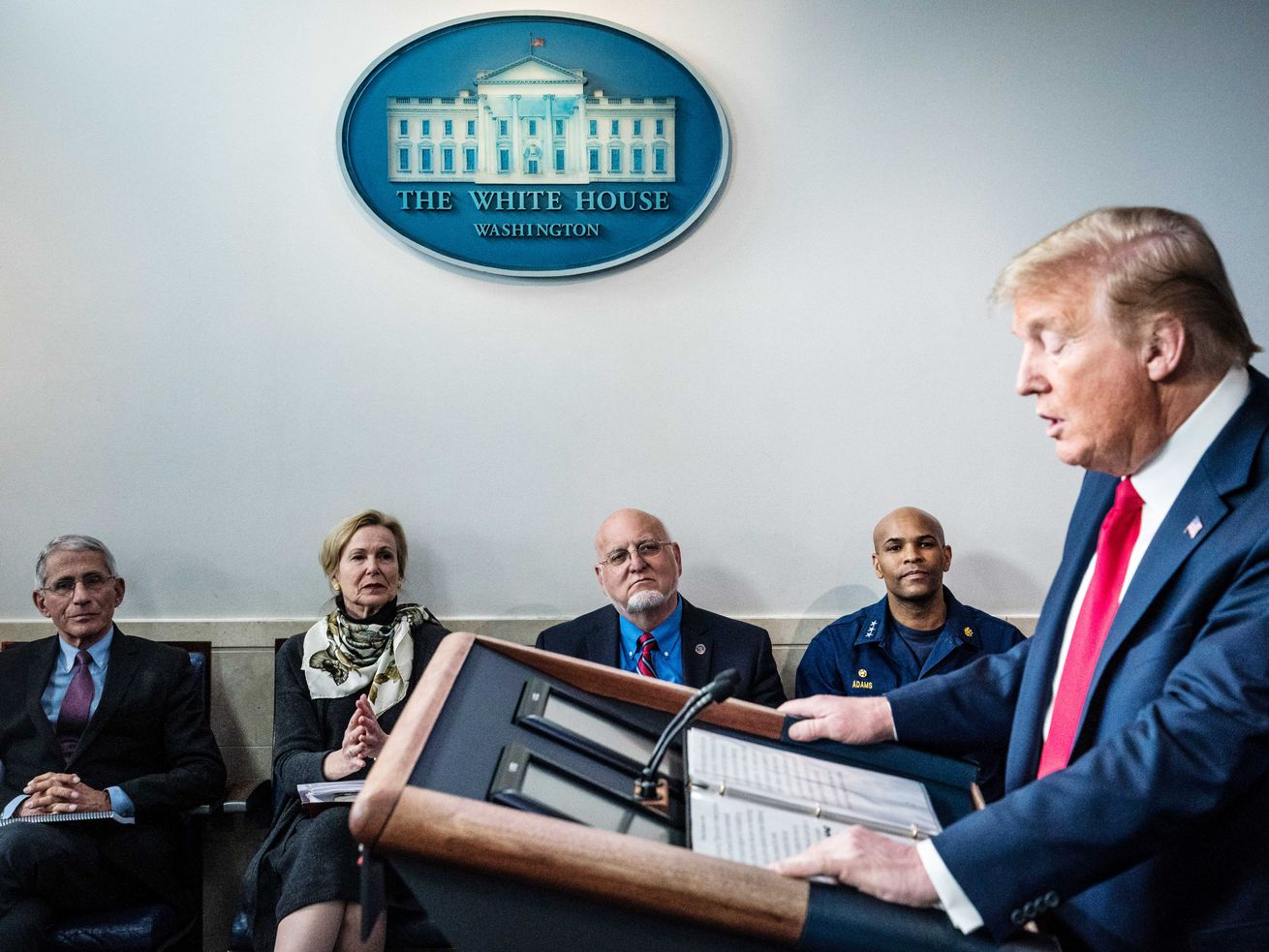 The CDC created a detailed document with recommendations for how schools, religious institutions, and businesses might safely reopen.

Top White House officials suppressed guidelines from public health experts on reopening the economy for weeks, and only ordered the approval of parts of that guidance after media reports exposed the delay, according to a report from the Associated Press.

Public health experts at the Centers for Disease Control and Prevention (CDC) spent weeks preparing detailed guidance to help schools, child care centers, religious groups, bars and restaurants, public transit officials, and others plan for a return to normalcy. The CDC’s work featured phased reopening plans, steps for ensuring each phase was completed successfully, and flow charts to help local officials decide how and when to reopen.

But the Trump administration quashed the guidance on April 30, saying CDC Director Robert Redfield had not approved it. Redfield reiterated his reasoning this Saturday, saying in a statement, “The re-opening guidance shared prematurely was in draft form and had not been vetted through the interagency review process,” and arguing more work needed to be done on it to ensure “clear guidance is presented to the American people.” Internal emails reviewed by the AP reportedly appear to show the director signing off on the plan, however.

The document was meant to help nonessential businesses as states begin to relax coronavirus pandemic-related restrictions. At the moment, there is no national standard for reopening beyond general suggestions from the White House that recommend taking a phased approach. This has led to a patchwork of rules. And apparently, the Trump administration believes this to be the best way to reopen.

The CDC guidance was held back in part because it was deemed “overly prescriptive,” one White House official told CNN, arguing “guidance in rural Tennessee shouldn’t be the same guidance for urban New York City.” This official also said some in the administration took issue with the fact that the CDC recommendations didn’t fit into the phase-based framework of the White House’s guidelines.

Overall, the report raises further questions about the role of the CDC in the Trump administration’s response to the coronavirus pandemic. The organization typically leads the response to public health crises, but appears to have been sidelined for much of the pandemic.

Redfield and other leaders from the CDC have been largely absent from the Trump administration’s public-facing coronavirus response, with members of the White House coronavirus task force providing details at press briefings rather than CDC officials. That’s led public health experts to express concern that federal decisions on how to combat the virus are being made with a focus less on public health, and more on the president’s interest in reopening the nation’s economy.

Indeed, Trump and many Republicans are pushing for a speedier reopening as unemployment has skyrocketed to the worst rates since the Great Depression. Many states are heeding that call and doing so, even as they fail to meet testing and case thresholds health experts say are necessary for public safety — all of which makes guidance like the CDC’s sorely needed.

30 states have already reopened their economies, despite many being unprepared

The CDC’s reopening report still hasn’t been officially released by the administration, although some elements of it have reportedly been “fast-tracked” for release. Regardless of why that is, all signs point to businesses and other groups having urgent need of it, as 30 states have already reopened their economies at least partially — and five more are planning to shortly.

Most of those states haven’t met the criteria outlined by the Trump administration to begin the process of reopening. Though it’s ultimately up to state governors to decide when to reengage, the White House task force recommends states only begin relaxing restrictions on industries when there’s been a downward trajectory of coronavirus cases or positive tests as a percent of total tests for 14 days, there’s a robust testing program in place, and hospitals have a demonstrated capacity to treat all patients.

Of the 30 states that are reopening, most actually have more new cases or a higher percentage of positive tests than two weeks ago and have recently seen an increase in daily average cases, the New York Times reported Thursday. Even states with a downward trajectory haven’t necessarily quashed their outbreaks.

Public health experts say widespread testing and robust contact tracing are crucial to making sure the country can identify and squash viral spikes once restrictions are loosened. Even with those protections, reopening the economy before the health care system has had a chance to prepare could be disastrous.

Only around 1 in 10 people have been infected by the coronavirus even in the most hard hit regions of the US, former CDC director Dr. Tom Frieden told TIME, which means many Americans remain vulnerable to the disease. “So not only could COVID-19 come roaring back, but it could get five times or close to 10 times worse than it is now,” he said.

Eager to get the economy — once one of his biggest campaign advantages — back on track, Trump and his administration are looking to shift focus to businesses. But the White House has not — yet, at least — said in detail how these businesses might reopen safely. The CDC guidelines do just this, recommending, for instance, that businesses allow employees to work in shifts in order to limit the people gathered in workspaces at any given time.

Without these federal guidelines, states have been left to develop their own best practices, with some having greater success at doing so than others. Those states that have created poor reopening frameworks are now at danger — and their residents are at greater risk of infection.