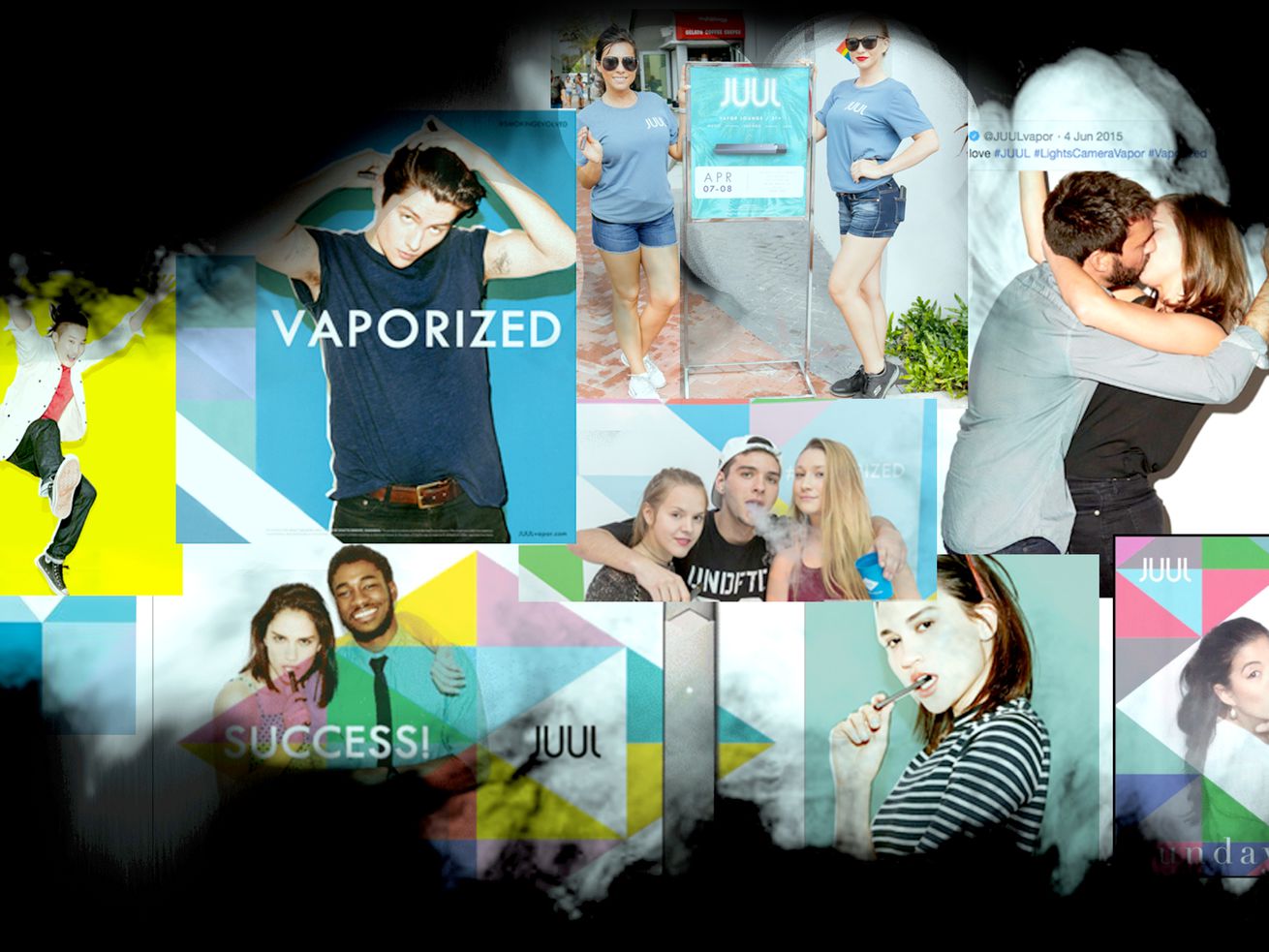 A new analysis of Juul’s marketing campaign suggests it targeted youth from its inception.

Juul, the Silicon Valley startup that’s taken over three-quarters of the US e-cigarette market, has repeatedly declared it is in the business of helping adult smokers quit tobacco.

But a new analysis of its early advertising campaign tells a very different story.

In a white paper, a team of researchers with Stanford Research Into the Impact of Tobacco Advertising have shared their study of the company’s marketing campaign between Juul’s launch in 2015 and fall 2018. They looked at thousands of Instagram posts, emails, and ads, and came to this searing conclusion: Juul’s marketing “was patently youth-oriented.” Juul also appeared to borrow directly from the tobacco industry playbook.

That’s an important finding, given that the youth vaping trend, which coincided with Juul’s explosion on the market, is viewed as a new public health crisis. A major national survey recently found that the number of high schoolers who used e-cigarettes in the past 30 days has increased by about 75 percent since 2017.

This crisis has captured the attention of federal regulators, including the Food and Drug Administration. In April, the FDA demanded that Juul submit documents about its marketing, research, and sales to youth, to better understand the product’s virality with teens. In November, the agency announced it was working to restrict the sale of flavored vape devices online and in stores.

Then in December, Juul was purchased by Altria, the parent of Philip Morris USA — one of the world’s largest tobacco companies.

“The white paper is the most comprehensive and objective look at what Juul Labs did to market their product,” said Matt Myers, president of the Campaign for Tobacco-Free Kids. “It’s impossible to review the data [in the paper] and conclude anything other than the marketing is the major reason this product became so popular among young people.” Let’s unpack Juul’s campaign to understand why.

Juul’s stated mission is “improving the lives of the one billion adult smokers.” The device was created by two former smokers and Stanford design graduates (one of whom also worked as a design engineer at Apple), who wanted to make something that looked sleek and attractive. So they designed an e-cigarette that could easily be mistaken for a USB flash drive and can fit in the palm of the hand.

Each Juul has two components: the e-cigarette, which holds the battery and temperature regulation system; and the “pod,” which contains e-liquid — made up of nicotine, glycerol and propylene glycol, benzoic acid, and flavorants — and is inserted into the end of the e-cigarette device. Pods come in a variety of colors and flavors, from cucumber to creme brûlée, mango, and tobacco. Juul’s “starter kit,” the e-cigarette, USB charger, and four flavor pods, sells for about $50.

Many have noted that the discreet design and flavors appear to be targeted to young people, and not elderly people with cancer who can’t kick their cigarette habit.

In the new report, the researchers — led by Stanford professor Robert Jackler — analyzed ads on Juul’s website, social media accounts (Instagram, Facebook, and Twitter), and emails to consumers. They also used the Internet Archive Wayback Machine to find marketing campaigns the company ran early on but scrubbed from its websites recently.

The goal of the study was to understand how much the ads appealed to young people. To do that, the researchers used a coding system, scoring the ads for “youth appeal, humor, pop culture, use of memes, cartoon imagery, covert use of the product, Juul tricks, and Juul as an alternative to smoking.”

In the summer of 2015, Juul’s product launch coincided with sampling events in major US cities. Good-looking young people distributed free Juuls at movie and music events. “The principal focus of these activities was to get a group of youthful influencers to accept gifts of Juul products,” the report states, “to try out their various flavors, and then to popularize their products among their peers.”

The same year, Juul launched a “Vaporized” campaign. Again, its colorful ads — blasted out on billboards, in magazines, and on social media — featured happy, playful 20-something models.

Juul also appeared to mimic tobacco industry marketing, creating ads that look unmistakably similar to cigarette ads, according to another analysis by the same Stanford group.

Maybe more important than the content of the ads was the media Juul used to reach people. “What Juul did that’s different is it exploited social media, where American middle and high school kids live,” Jackler told Vox. “That was their innovation.”

Juul hired social media influencers — people with large followings on Instagram — to promote its products. It created hashtags — #juul, #juulvapor, #switchtojuul, #vaporized — that the influencers blasted out to their followings, often featuring images of young people Juuling, or doing tricks or jokes with their device.

By early 2016, though, Juul’s marketing started to shift. The company’s ad imagery centered on themes like pleasure and relaxation, socialization and romance, and style and identity. One ad showed a young man kissing a woman with a Juul in his hand. Another showed a person in a hammock on a beach, with a cloud of vapor over his head. On Instagram and Facebook, Juul posted photos of Katy Perry with its device at the Golden Globes.

Absent from these ads was any adult smokers.

According to a Juul spokesperson, “This advertising in 2015 was short-lived, intended for adults, and took place well before JUUL gained any meaningful market share. Our current advertising features testimonials from former adult smokers who made the switch off combustible tobacco with the JUUL device, and we are ensuring that this campaign is targeted at adult smokers age 35 and up.”

Indeed, when concern about youth Juuling started to grow in 2018, and the media along with the FDA took notice, Juul’s marketing shifted yet again, the white paper finds. Under the new public scrutiny, Juul’s ads began to look more adult and conservative — like the ones featured on its site today. With the slogan “Make the switch,” the ads now feature testimonials from grown-ups who used the nicotine-delivery device to kick their deadly cigarette habit.

Late last year, Juul announced it would stop selling its flavored pods in retail stores. The company also shut down its Instagram and Facebook accounts, and worked with the big tech companies to remove its older youth-oriented postings. But according to Jackler, that didn’t matter. “The Juul hashtag lives on. It’s immortal. It’s still viral in peer-to-peer teen promotion.”