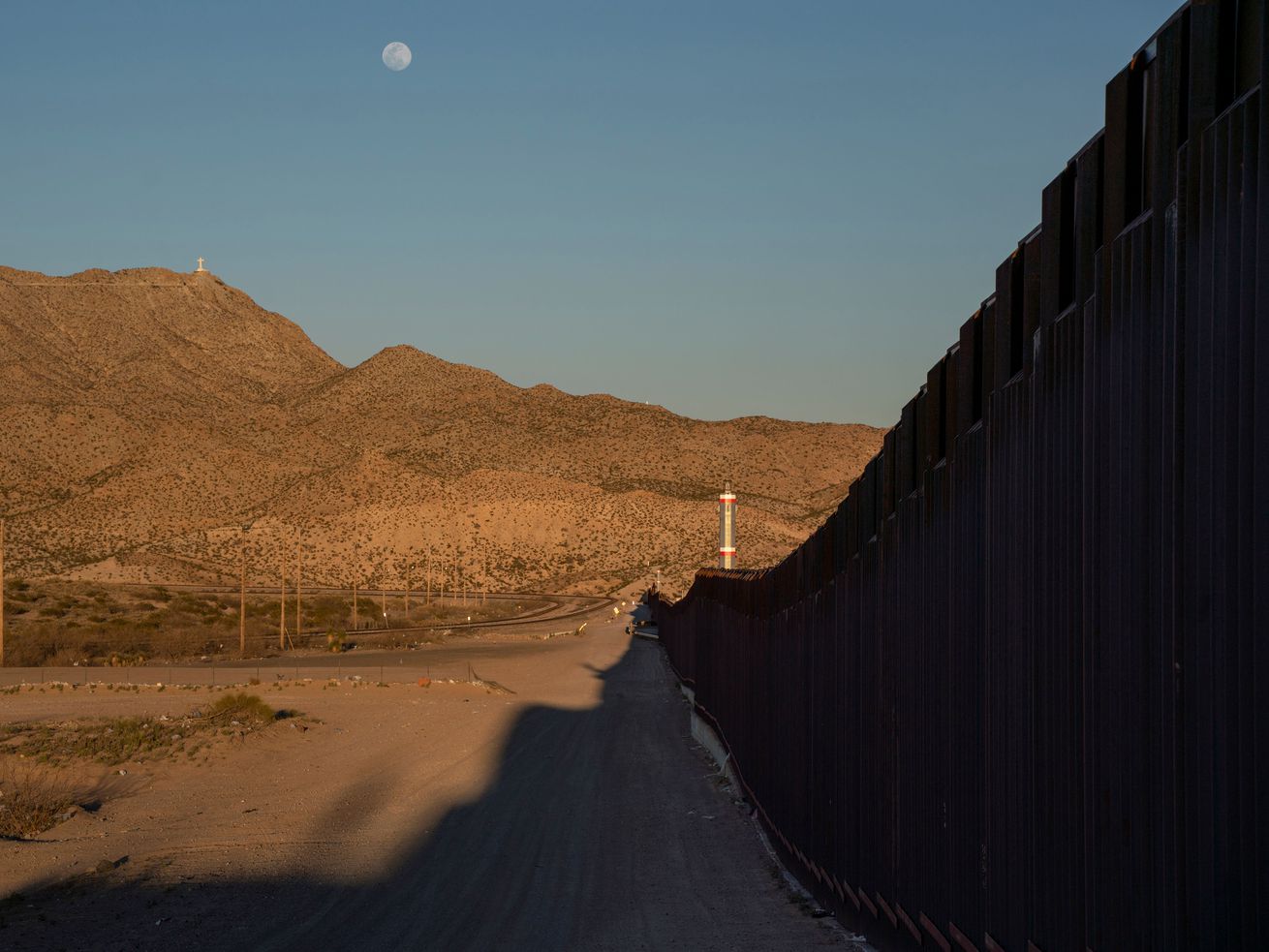 Trump has agreed to end his tariff threat to Mexico based on an agreement Mexico made with the US in March.

President Donald Trump announced planned tariffs on Mexican goods will not go into effect as scheduled after his administration and Mexican officials reached an agreement on immigration policy Friday. However, officials from both countries told the New York Times the concessions made by Mexico were not actually new, and had actually been agreed to by the neighbors in March.

….stem the tide of Migration through Mexico, and to our Southern Border. This is being done to greatly reduce, or eliminate, Illegal Immigration coming from Mexico and into the United States. Details of the agreement will be released shortly by the State Department. Thank you!

The tariffs — which would have been put in place on Monday — consisted of a 5 percent tax on all imported Mexican goods, and would have risen at regular intervals to 25 percent. Trump announced the tariffs hoping to force Mexico to reduce the number of Central American asylum seekers and immigrants arriving at the US southern border. The tariffs would have been devastating for the Mexican economy, and as Vox’s Dylan Scott reported, could have cost the average American family $900 per year.

Last week, Mexican officials, including Foreign Secretary Marcelo Ebrard, met with Vice President Mike Pence and other members of the Trump administration to negotiate a deal to avoid the mutually harmful tariffs. Those talks reportedly led to an agreement, with both sides offering concessions to the other.

However, as the Times reported Saturday night, the resulting deal was actually one negotiated by Mexican Interior Secretary Olga Sanchez and then-Secretary of Homeland Security Kirstjen Nielsen back in March. In talks that took place in Miami, Mexico agreed to send members of its newly formed National Guard to its border with Guatemala to help reduce the flow of migrants from South America.

That part of the Miami deal was framed as a new development in the announcement that came after the most recent round of talks.

In actuality, the purpose of the recent meeting was to press Mexican leaders to avoid the tariffs by working faster to fulfill their end of the March bargain. While Mexico agreed to deploy National Guard troops, only around 1,000 had been sent to its southern border by May. In last week’s talks, the country agreed to send more troops than it had originally pledged, and will now station 6,000 members of the National Guard around the country, with the majority being stationed at the Mexico-Guatemala border.

The Times also reports US negotiators hoped to press Mexico on declaring itself a “safe third country.” As Vox’s Matthew Yglesias has explained: “Such an agreement would stipulate that Mexico is a safe place for people fleeing Central America, and thus Central Americans arriving at the US-Mexico border are not entitled to asylum hearings.” Mexico has refused to name itself a safe third country in the past, and reportedly did so again during the most recent round of talks.

On Twitter, President Trump called the Times’ reporting “another false report,” while also seeming to suggest the reporting on the origins of the agreement was correct, writing, “we have been trying to get some of these Border Actions for a long time.” Perhaps referencing Mexico’s initial limited deployment of its National Guard, the president also tweeted the new talks were necessary because “Mexico was not being cooperative.”

The president did not dispute reporting on the US’ part of the deal; it agreed to speed up processing of asylum claims (immigration advocacy group the National Immigration Forum estimates the process currently takes between 6 months and several years). The US will also expand its “Migration Protection Protocols,” a policy under which asylum seekers are sent back to Mexico while they wait for US officials to process their asylum claims.

As Vox’s Dara Lind reported, under the policy, asylum seekers must generally wait 45 days in Mexico before being allowed to present their case in US immigration court. This policy was challenged in US court; after being overturned initially, the Ninth Circuit Court of Appeals ruled that the policy is to be allowed. It is currently in practice, although following the appeals court ruling, House Democrats crafted legislation that would block the policy. The bill has little chance of becoming law, as it would likely be ignored in the Senate and almost certainly would not be signed by the president.

Migrants waiting have said they have experienced hardship while on the Mexican side of the border; a man waiting in Tijuana told Vox in February that his friend had been robbed and harassed by police after being returned to Mexico. Border cities have also struggled to support the growing population of waiting asylum seekers.

In a statement, the US State Department said Mexico will address these issues by ensuring waiting asylum seekers are given “jobs, health care and education according to its principles.” In addition, the US has promised to fast track distribution of $5.8 billion in funds it has set aside for addressing the problems that cause migrants to leave home to seek asylum in the first place.

The tariffs faced backlash, and could impact other trade negotiations

While Trump claimed that the tariffs would benefit Americans economically, Vox’s Dylan Scott reported it’s quite the opposite:

The auto industry is by far the most significant casualty; America’s biggest imports from Mexico are cars and auto parts. But data processors, telephones, televisions, and even beer are also moving all the time across the border. Whether it’s a car or a Corona, Americans are going to wind up paying the price for Trump’s trade war.

Americans would have paid more for major Mexican imports — everything from crude oil to produce like dates, figs, and pineapples; economists told Scott the tariffs would force the average American family to spend an additional $900 per year.

When he announced the tariffs in late May, Trump said they would encourage companies who have left the US for Mexico to return. But economists told Vox the tariffs would have actually sent those companies packing to another country instead of to the US, and that they could have sped up manufacturers’ pivot to automation.

“I don’t think the United States is a viable location for many of the production activities that are occurring in Mexico,” Kimberly Clausing, an economist at Reed College, told Scott. “A more likely response would be offshoring to another country, or turning to automation to do those activities in a less labor-intensive way in the United States.”

That is one of the reasons Congressional Republicans came out against Trump’s tariff proposal — they said it would hurt the US economy and their constituents.

“There is not much support in my conference for tariffs, that’s for sure,” Senate Majority Leader Mitch McConnell said on Tuesday. “Most of us hope that this Mexican delegation that’s come up here and discussed the challenges at the border … will be fruitful, and that these tariffs will not kick in.”

Critics of the tariffs were also concerned they could impact the ratification of one of Trump’s signature goals — an overhaul of NAFTA that the president calls the United Stated-Mexico-Canada Agreement (USMCA).

Trump negotiated the agreement with Canadian and Mexican leaders, and it makes changes to current country of origin rules, expands intellectual property protections, and opens new markets to US farmers.

Congress has yet to sign off on the plan, and the new tariffs could have made it a tough sell in Mexico for Mexican president Andrés Manuel López Obrador.

“Among the indirect costs are likely to be a rejection (possibly by three legislatures) of the US-Mexico-Canada Agreement,” Dan Ikenson, who leads trade studies at the libertarian Cato Institute, told Scott, “and the loss of all credibility that the United States is a reliable negotiator and trading partner.”

The plan has yet to be finalized, and it’s unclear whether the agreement will scuttle the deal. Trump, however, suggested that the US’ relationship with its southern neighbor is now back on track, tweeting praise for Obrador, writing that Mexico has now agreed to buy more produce, and claiming “Everyone very excited about the new deal with Mexico!”

However, Bloomberg notes it isn’t clear what Trump is referring to with his mention of a new agricultural agreement between the countries. The joint declaration issued by the US and Mexico does not actually make any mention of agricultural trade as part of the deal, and Mexico does not even have an official government body that would buy and distribute food products or farm equipment.

Sunday morning, Trump claimed that some elements of the agreement with Mexico were not in the joint declaration, and that they would be “announced at the appropriate time.”

…..not mentioned in yesterday press release, one in particular, were agreed upon. That will be announced at the appropriate time. There is now going to be great cooperation between Mexico & the USA, something that didn’t exist for decades. However, if for some unknown reason…

Although Trump has suggested relations are back to normal, others in the Trump administration have been clear the president reserves the right to renew his tariff threats should he find the efforts of Mexico’s National Guard unsatisfactory. One official told the Times, “The tariff threat is not gone. It’s suspended.”

This sentiment was echoed by Treasury Secretary Steve Mnuchin, who told Reuters: “Our expectation is that Mexico will do what they’ve committed to do and our expectation is that we won’t need to put tariffs in place, but obviously if that’s not the case, the president retains that authority.”

The president himself confirmed this position in Sunday tweets, in which he wrote, “There is now going to be great cooperation between Mexico & the USA, something that didn’t exist for decades. However, if for some unknown reason there is not, we can always go back to our previous, very profitable, position of Tariffs.”