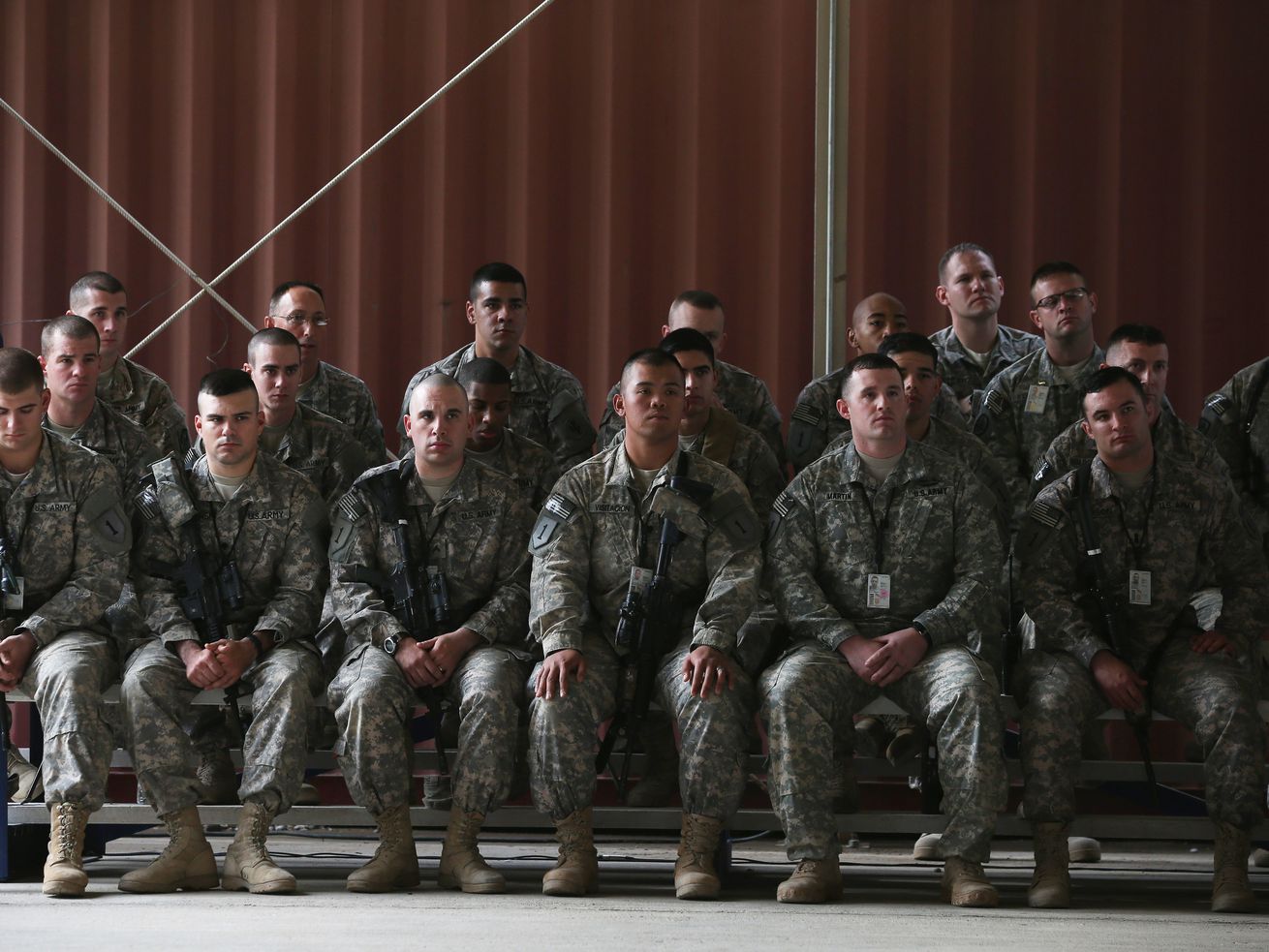 Neither side is stopping the tit-for-tat escalation.

The United States plans to send 1,000 additional troops to the Middle East to counter Iran — a decision that could greatly increase worries that both countries are stumbling toward a catastrophic war.

The announcement by acting Defense Secretary Patrick Shanahan Monday evening comes as the US and Iran remain locked in a tense, weeks-long standoff. Based on intelligence that National Security Adviser John Bolton claimed in May the US obtained, the Trump administration deployed an aircraft carrier and bomber planes to the Persian Gulf in response to “a number of troubling and escalatory indications and warnings” of threats from Iran.

The move, Bolton said, was meant “to send a clear and unmistakable message to the Iranian regime that any attack on United States interests or on those of our allies will be met with unrelenting force.”

Since then, two separate attacks have targeted multiple oil tankers shipping energy through a vital waterway heavily patrolled by Iran. Those vessels belonged to Saudi Arabia, the United Arab Emirates, Japan, and Norway — all American allies. The US blames the Islamic Republic for both strikes, though Tehran denies any involvement.

What’s more, Tehran said Monday it would soon blow through the limit of stockpiled low-enriched uranium the 2015 nuclear deal allows it to have, increasing fears that Iran may inch closer to obtaining a nuclear weapon if it ever wanted one.

Which may be why the Trump administration chose to send a message now by deploying troops to an undisclosed location in the Middle East, specifically aimed at fending off Iran.

“The recent Iranian attacks validate the reliable, credible intelligence we have received on hostile behavior by Iranian forces and their proxy groups that threaten United States personnel and interests across the region,” Shanahan said in his Monday statement, adding that “the United States does not seek conflict with Iran.”

“The action today is being taken to ensure the safety and welfare of our military personnel working throughout the region and to protect our national interests,” he continued.

The move could have been bigger. Reports last month indicated the US might send 120,000 troops to the region, though more recent ones showed the Trump administration considering deploying around 6,000.

Neither amount would’ve been enough to conduct a large-scale, brutal fight with Iran, which means mobilizing only 1,000 troops this time is more of a political signal than a military maneuver. They will join the roughly 1,500 US troops President Donald Trump sent to the Middle East last month.

So does this mean the US and Iran are going to war anytime soon? No, it doesn’t — breathe easy. The problem, though, is that the war drums continue to get louder and louder.

“The other guy can sometimes be even more short-sighted”

It’s hard to find two more anti-Iran figures in Washington than Bolton and Secretary of State Mike Pompeo, arguably the two leaders of the Trump administration’s foreign policy (other than Trump himself, of course). Their animosity toward the Islamic Republic runs deep: Bolton has advocated for regime change in the country, and Pompeo believes countering Iran goes hand in hand with supporting Israel.

It’s therefore quite worrying that both officials have inserted themselves further and further into the military-planning process when it comes to Iran.

Here are just a few examples.

A Politico report last week detailed how Bolton and members of his National Security Council staff are calling lower-level Pentagon employees and inserting themselves into the chain of command. And if Bolton calls Shanahan, the acting defense secretary, the secretary cuts his meeting short to speak with the national security adviser. “Bolton is driving all things policy,” an unnamed former defense official told Politico, a characterization Shanahan rejects.

Further, the State Department announced that Pompeo will meet with Marine Gen. Kenneth McKenzie, the head of US troops in the Middle East, on Tuesday “to discuss regional security concerns and ongoing operations.” That’s unusual: That kind of meeting is typically attended by the Pentagon boss, not America’s top diplomat.

The rendezvous will come just two days after the secretary said the Trump administration would consider a military response to Iran’s alleged attack on oil tankers, and one day after the US military released more pictures to finger Iran as the culprit behind it.

The administration already has support from some hawkish members of Congress for a strike.

That’s led some Iranian officials to worry a fight may be on the way. “Unfortunately, we are heading towards a confrontation,” Iran’s ambassador to the United Kingdom Hamid Baeidinejad said in a CNN interview on Monday. Others, however, are less worried. “Iran will not wage war against any nation,” Iranian President Hassan Rouhani said in a Tuesday speech. “Those facing us are a group of politicians with little experience.”

The belligerence may not only be coming from the American side. Three rockets landed outside a base north of Baghdad, Iraq, on Monday night where some US troops were stationed. None were hurt, and it’s unclear who was behind the attack — but if it was Iran, the US may consider that enough incentive to launch a retaliatory assault.

“While you worry about how hawkish Americans might seize upon Iranian actions to instigate a broader conflict they themselves haven’t fully thought through, don’t lose sight of the fact that the other guy can sometimes be even more short-sighted in his actions,” Andrew Exum, a top Middle East Pentagon official from 2015 to 2016, tweeted on Monday.

While the Trump administration may be escalating matters, then, it’s very possible Iran is also doing so. The question everyone wants answered now is if the tit-for-tat responses will stop before it’s too late.