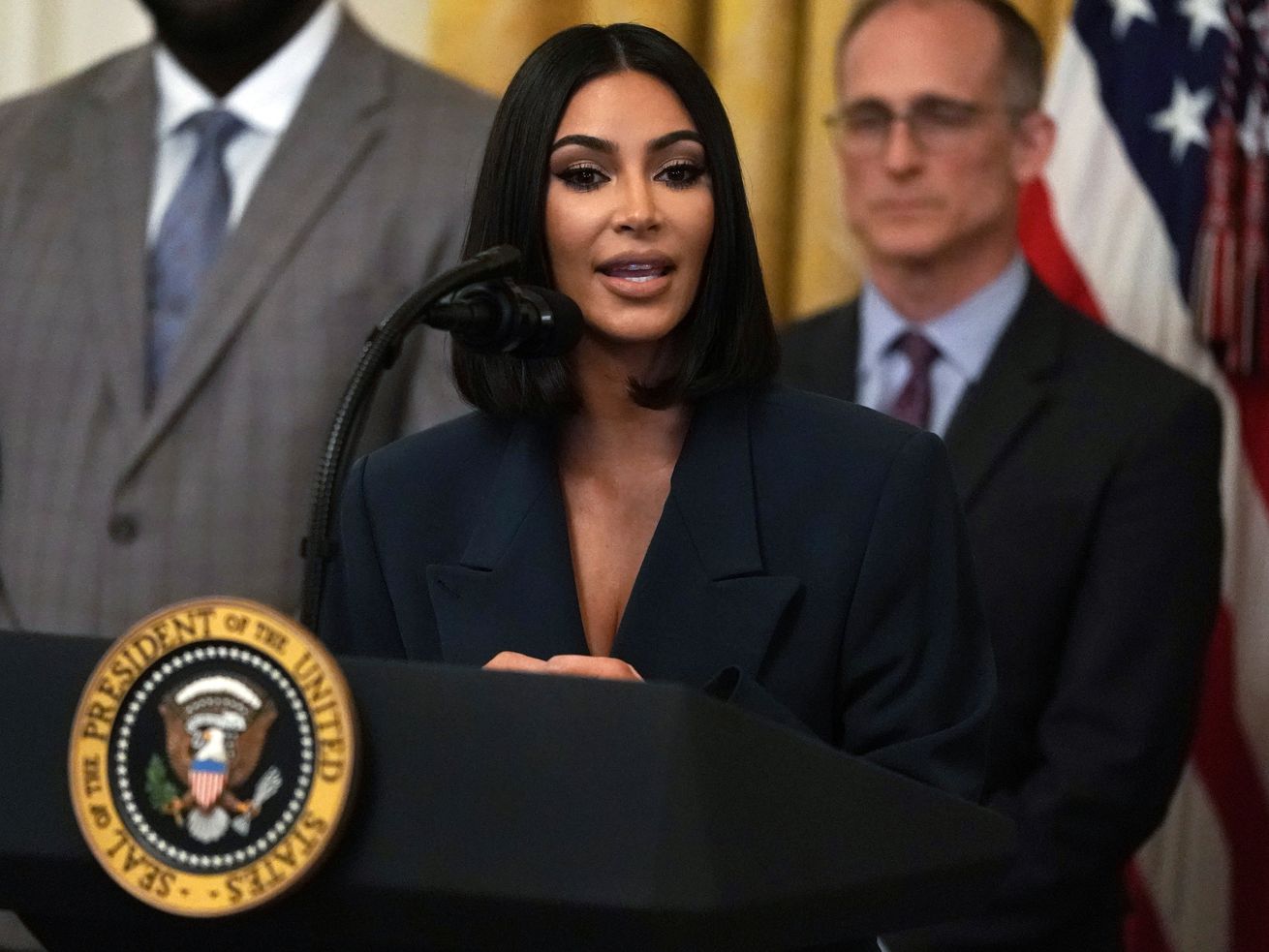 The reality TV star announced a partnership with Lyft that will provide rides for former inmates so they can get to job interviews.

Kim Kardashian West and President Donald Trump have a new plan to help former inmates tackle unemployment, one of the largest obstacles to their reentry to civilian life.

Their plan: a new partnership with ride-share giant Lyft that would provide formerly incarcerated people with gift cards for transportation to job interviews, work, and family visits.

In a surprise appearance, Kardashian West announced the program Thursday at a White House event that promoted giving former inmates “a second chance at success.”

Proud to partner on this initiative with @Lyft, a company with a history of taking bold action to do what’s right for our community. Thank you for providing ride share credits to formally incarcerated people when they come home.

“Everyone wants the community to be safe, and the more opportunity we have and that they have and the support that we help give them, the safer everyone will be,” she said.

During the speech, Kardashian West said she talked with several people released due to the First Step Act, according to Entertainment Tonight. After hearing the obstacles they faced when looking for new job opportunities, she said she was inspired to find ways to help out.

Neither Trump nor Kardashian West offered details about the ride-share program, but Trump said it — and other steps to facilitate “second-chance hiring” — would help lead to “safe communities, a stronger workforce, and a thriving economy.

It remains to be seen if the White House’s push for second-chance hiring will actually be able to achieve that goal, but it’s certainly an issue that’s got two of the country’s most prominent figures paying attention.

There’s a reason why both Kardashian West and the White House are pushing businesses to hire more former inmates: unemployment rates for ex-felons are incredibly high and undermine successful transitions into civilian life.

According to a 2018 Prison Policy Initiative report, the unemployment rate for the five million former inmates in the US was 27 percent — a stark contrast to the 5.8 percent of the general public.

And as PPI noted, discrimination is a clear factor: Having a criminal record reduces callback rates by 50 percent. Different demographics experience those barriers to varying degrees: Black women experience the highest levels of unemployment at 43.6 percent, while white men experience the lowest levels at 18.4 percent. And even when they do find jobs, the majority of former inmates that are employed receive an income that is well below the poverty line.

But finding employment is one of the crucial factors to ensuring formerly incarcerated people reintegrate into society: A study for the University of Missouri found that recidivism rates dropped by more than 33 percent for inmates who acquired a GED and found a full-time job after release.

Kardashian West isn’t new to advocating for inmates: She first met with Trump in May 2018 to discuss criminal justice reform when lobbying for the release of Alice Marie Johnson, who was serving a life sentence for a first-time, nonviolent drug offense. The president granted Johnson clemency shortly after that meeting.

She was then invited to the Oval Office along with Jared Kushner and former Obama administration official Van Jones on September 5, 2018, to help persuade Trump to pass the First Step Act, according to CNN. Although Trump had shown reluctance to supporting the act, Kardashian West said she encouraged him by reminding him of Johnson’s success. Trump ultimately signed the act in December 2018.

Since then, Kardashian West has stood by her commitments to criminal justice reform. Following the passage of the First Step Act, she helped fund the 90 Days of Freedom Campaign: Over the span of 90 days, that organization helped represent inmates that could petition for lower sentences under the act and freed 17 first-time nonviolent drug offenders. She also helped those people travel back to their families following their release.

And it seems to be far from a passing interest.

Kardashian West has also revealed she’s taking matters into her own hands by preparing to be a lawyer, according to Vogue. She is currently undergoing a four-year apprenticeship with a San Francisco law firm in preparation for the California bar exam in 2022. Kardashian West said she was motivated to professionally train herself while lobbying for Johnson. As she sat in the Roosevelt Room with “a lot of really powerful people” to talk about changing the clemency system, she said she realized she needed to know more to become a better advocate.

”One person actually said I should ‘stay in my lane.’ I want people to understand that there is nothing that should limit your pursuit of your dreams, and the accomplishment of new goals,” Kardashian West wrote on Instagram. “You can create your own lanes, just as I am.”