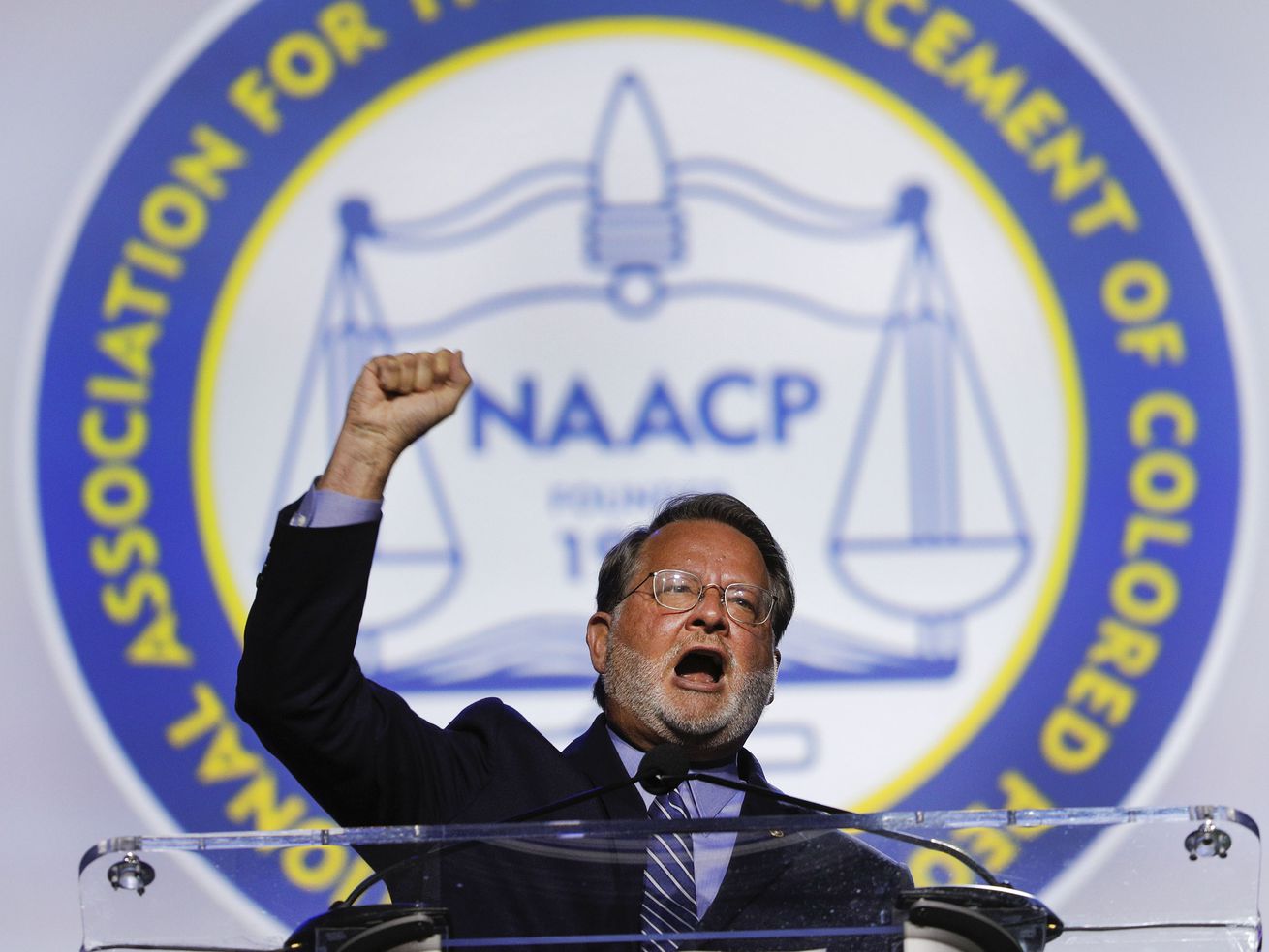 Democrats can’t afford to lose the race if they want to retake the chamber. A few recent polls say it’s quite close.

A poll from a key race this week gave Democrats a bit of a scare. While the national polling picture for Senate Democrats has brightened recently, a poll from the New York Times and Siena College released Monday showed the incumbent Democrat, Sen. Gary Peters, just one percentage point ahead of his Republican challenger, John James.

Importantly, that poll is an outlier — Peters has led almost every poll this year and is up by 5 points in the RealClearPolitics average. But given Trump’s unexpected win in Michigan in 2016, Democrats have reason to be wary of surprises in the state. Losing that Michigan Senate seat could be devastating for any governing agenda Democrats have in 2021.

Peters is one of just two Senate Democrats running for reelection this year in a state Trump won (the other is Sen. Doug Jones of Alabama, who is expected to lose). He’s also the only Democrat in a competitive Senate race who didn’t have a large fundraising advantage over his opponent in the third quarter. And he has a dynamic challenger in John James, who is 39 years old, Black, and served in Iraq.

But Peters thinks he has a Trump card. In an interview with Vox, Peters argued the case against James is simple: “He said he supports Donald Trump 2,000 percent.” Peters added, “Despite his rhetoric, he cannot find an opportunity to be critical of Trump in any way.” (James’s campaign did not respond to requests for comment for this article.)

Both Peters and James are making strikingly similar cases for themselves: they’re both claiming to be nonpartisan, practical problem-solvers. But practically, the question of whether Democrats or Republicans control the Senate will be far more consequential for American politics than anything Peters or James can individually do as a senator.

Competitive Senate races are often messaged in a way that obscures this central fact as much as possible, due to the necessity of appealing to swing voters. The reality is that in the modern polarized Senate, both will likely have their party’s — or their president’s — backs when it counts.

Who is John James?

A West Point graduate who served eight years in the Army (two on combat duty in Iraq), James then came home and worked for what he calls “the family business.” That’s James Group International, a supply chain services company his father co-founded and built from modest beginnings into a business with over a hundred million dollars in revenue in 2018. James was named president of the main company and CEO of its main subsidiary.

In 2017, the then-36-year-old James made his first foray into politics, as he began his campaign for the Republican nomination to take on three-term Sen. Debbie Stabenow (D-MI) in the 2018 midterms. In a single paragraph in his campaign announcement post, he used the word “conservative” four times. That year he also, in comments he likely now regrets, said he supports President Trump “2,000 percent”.

In the primary, James was up against a self-funding businessman, but his unusual profile — a young Black veteran Republican — caught the eye of the national GOP. About two weeks before the primary, James won a very enthusiastic Trump endorsement, with the president gushing, “Rarely have I seen a candidate with such great potential.” After James won the primary, a White House visit followed:

.@JohnJamesMI, who is running in the Republican Primary in the great state of Michigan, is SPECTACULAR! Vote on August 7th. Rarely have I seen a candidate with such great potential. West Point graduate, successful businessman and a African American leader…

Just met John James of Michigan. He has every single quality to be your next Great Senator from Michigan. When the people of Michigan get to know John, they will say he is a true star. Also, distinguished Military and a Combat Vet! pic.twitter.com/thRBoBkuFL

2018 was a Democratic wave year, and James never caught up to Stabenow in the polls. His eventual margin of defeat, though, was smaller than expected — he lost by 6.5 percentage points. So he decided to give it another go against Peters, who was finishing up his first term as senator and was less well-known in the state.

This time, James didn’t have a primary to worry about — the GOP fully backed him, and he won the nomination unopposed. That let him fully focus on crafting his image for the general election. The open Trump fandom and the repetition of the word “conservative” vanished, and James’s messaging now portrays him as a nonideological, nonpartisan problem solver running against “Washington.”

Who is Gary Peters?

Like James, Peters also had a stint in the private sector (at Merrill Lynch and PaineWebber), served in the military (10 years in the Naval Reserve), and entered politics in his 30s (he was a city council member and then a state senator in the 1990s). He also lost his first statewide race, for attorney general of Michigan in 2002 (by an incredibly small 0.17 percent margin).

But after a few years as Michigan’s lottery commissioner, Peters gave campaigning another shot — in the 2008 cycle, he challenged and defeated an eight-term incumbent Republican member of Congress. During his first term he backed most of President Obama’s agenda, voting for the stimulus, the Affordable Care Act, and Democrats’ cap-and-trade bill — and he managed to narrowly survive the 2010 midterm backlash, edging out a 2 point victory. In the following cycle, redistricting presented another challenge, as Peters had to win a primary in a newly majority-Black district, but he pulled it off.

Then, when longtime Sen. Carl Levin (D-MI) announced in 2013 that he would retire, Peters jumped in the race to succeed him, earning the Democratic Party’s backing and winning the nomination unopposed. 2014 was a difficult year for Democrats, and Peters tried to distance himself from the unpopular President Obama. Polls initially showed the contest between Peters and former Michigan secretary of state Terri Lynn Land looking quite close. But Land’s candidacy, per reporter Molly Ball, “ranged from awkward to bizarre,” and as competitive Senate races across the country tilted toward Republicans and the chamber flipped, Peters bucked the trend and pulled off a 13-point victory.

Peters has spent his first term in the minority in Mitch McConnell’s Senate, and over the course of those nearly six years, he did not become particularly well-known in Michigan. He has, however, racked up a record of wonky, low-profile bipartisan accomplishments — he was the lead sponsor of four bills that were signed into law under President Trump. These are a law expanding access to apprenticeship programs for veterans, a law about training programs for small businesses, a law reforming the way the government accounts for cars and laptops, and a law hiring more agricultural inspectors for airports and seaports.

In our interview, Peters rattled off several rankings and awards for bipartisanship and effectiveness he received — a “Jefferson-Hamilton Award” for bipartisanship he received from the US Chamber of Commerce this year, a ranking as the fourth-most effective Democratic senator from the Center for Effective Lawmaking, and the third-most bipartisan Democrat from the Lugar Center, established by former Sen. Richard Lugar (R-IN). “I’m a Democrat, I’m a proud Democrat, but I also know that we have to solve problems and we have to bring folks together to get things done,” Peters said.

What the race is about

And though Democratic Senate candidates across the country have been raising a lot more money than their Republican opponents, Michigan is an exception to this trend — both Peters and James raised a little over $14 million in the third quarter this year. Outside groups are spending big too, including a super PAC funded by wealthy Republicans (and some members of the DeVos family).

Poll averages show Joe Biden has built up about a 7-point lead over President Trump in Michigan. So to win, James will likely have to win over some Biden voters. He hopes to do so by portraying himself as a fresh face who can bring change, and defining Peters as unacceptable in some way. So James and his supporters have launched various negative attacks on Peters of dubious veracity — suggesting he’s doubled his wealth since taking office (yes, because he owns a lot of stocks, which have gone up a lot), or that he’s an absentee lawmaker who misses many committee hearings (they’re very much cherry-picking stats).

Republicans are also hoping James can appeal to Black voters. Now, James wasn’t particularly successful at this in his 2018 run — he got just 4.8 percent of the vote in Detroit — but a recent poll from EPIC-MRA for the Detroit Free Press found a surprisingly large number of Black voters were undecided or intending to vote third party this year.

Peters, meanwhile, has responded by pointing out James’s reluctance to criticize President Trump — and James’s eagerness to get rid of Obamacare, attacks that are fundamentally accurate. James does support repealing and replacing Obamacare, and during his previous campaign he promised to go work his “tail off to remove this monstrosity.” And James owes Trump big time for his 2018 endorsement — and needs to avoid annoying Trump voters who are turning out for the president this year.

Indeed, though both Peters and James have sought to define themselves by more than their party labels, their party membership is what will matter most in determining how the Senate — and the US government as a whole — functions next year.

If Biden wins but Republicans hold the Senate, the GOP would get enormous power to block appointees to the new Biden administration (from the Cabinet to the courts), and any hopes of new progressive legislation would be all but dashed. But if Biden wins and Democrats have both houses of Congress, he’ll have the opportunity to legislate and get his appointees confirmed.

If Trump wins and Republicans hold the Senate, what we’ll get in 2021 will be more of the same. Theoretically, James could be a maverick senator who frequently defies his party and works with Democrats — but that has become increasingly rare in the modern Senate, and nothing about James’s two campaigns and close ties to the GOP establishment makes that appear particularly likely. So despite John James’s claims to be able to bring change, voting for him would likely be a vote for the status quo.