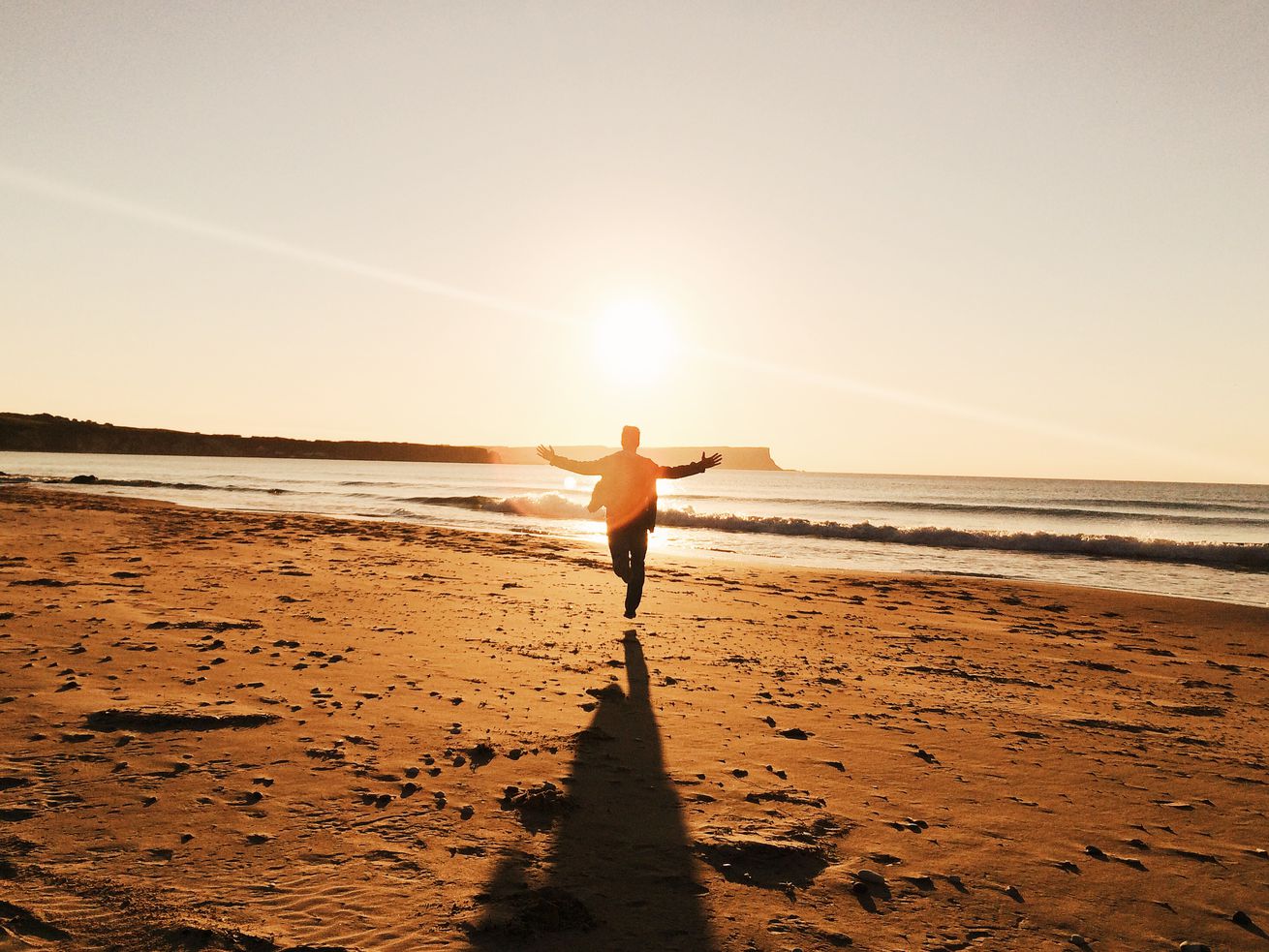 Why do we have a summer solstice, anyway?

The summer solstice is upon us: Friday, June 21 is the longest day of 2019, and the start of the summer season, for anyone living north of the equator. Google is marking the day with a Google Doodle. If pagan rituals are your thing, this is probably a big moment for you. If not, the solstice is still pretty neat.

Technically speaking, the summer solstice occurs when the sun is directly over the Tropic of Cancer, or 23.5 degrees north latitude. This will occur at exactly 11:54 am Eastern on Friday the 21st.

1) Why do we have a summer solstice, anyway?

Okay, most people know this one. Earth orbits around the sun on a tilted axis. (Probably because our planet collided with some other massive object billions of years ago, back when it was still being formed.)

That depends on where you live. The farther north you are, the more sunlight you’ll see during the solstice. Alaska-based climatologist Brian Brettschneider created this terrific guide:

On the chance you live near the Arctic Circle, the sun never really sets during the solstice.

Here’s another cool way to visualize the extreme of the summer solstice. In 2013, a resident of Alberta, Canada — several hundred miles south of Fairbanks but still in a high latitude — took this pinhole camera photograph of the sun’s path throughout the year and shared it with the astronomy website EarthSky. You can see the dramatic change in the arc of the sun from December to June. (You can easily make a similar image at home. All you need is a can, photo paper, some tape, and a pin. Instructions here.)

This is a 6 month pinhole photo taken from solstice to solstice, in Medicine Hat, Alberta, Canada. We are one of the sunniest cities in Canada, and this shows it nicely.

Note that the solstice also gives us the longest twilight of the year, usually about one to one and a half extra hours after sunset. (Brettschneider has more charts on that; his entire post is worth your time.)

3) Is the solstice the latest sunset of the year?

Not necessarily. Just because June 21 is the longest day of the year for the Northern Hemisphere doesn’t mean every location has its earliest sunrise or latest sunset on that day.

If you live in Washington, DC, the latest sunsets will start on the day after the solstice, the 22nd. If you like sleeping in, that’s arguably the most exciting day of the summer. TimeAndDate.com can tell you when the latest sunset will occur in your area.

4) What does all this have to do with Stonehenge?

No one really knows why Stonehenge was built some 5,000 years ago (at least we don’t, sorry). But one possibility is that it was used to mark solstices and equinoxes. That’s because during the summer solstice, the sun rises just over the structure’s Heel Stone and hits the Altar Stone dead center.

Here’s a graphic from NASA imagining what a summer solstice sunrise might’ve looked like back when Stonehenge was fully intact:

Nowadays, humans still gather to pay homage to the summer solstice at Stonehenge — they just use modern technology, like so:

People at Stonehenge on the solstices know how to throw a party. Here’s an image from a recent winter solstice at the site.

5) Is this the longest day in Earth’s entire history?

Probably not, although it’s close. And the reason why is quite interesting. Joseph Stromberg did a fantastic deep dive into this topic for Vox a few years back, but here’s the two-minute version.

Ever since the Earth has had liquid oceans and a moon, its rotation has been gradually slowing over time due to tidal friction. That means that over very, very long periods of time, the days have been getting steadily longer. About 4.5 billion years ago, it took Earth just six hours to complete one rotation. About 350 million years ago, it took 23 hours. Today, of course, it takes about 24 hours. And the days will gradually get longer still.

Given that, you’d think 2018 would be the longest day in all of history. But while it’s certainly up there, it doesn’t quite take top honors.

That’s because tidal friction isn’t the only thing affecting Earth’s rotation; there are a few countervailing factors. The melting of glacial ice, which has been occurring since the end of the last ice age 12,000 years ago (and is now ramping up because of global warming), is actually speeding up Earth’s rotation very slightly, shortening the days by a few fractions of a millisecond. Likewise, geologic activity in the planet’s core, earthquakes, ocean currents, and seasonal wind changes can also speed up or slow down Earth’s rotation.

Eventually, the effects of tidal friction should overcome all those other factors, and Earth’s days will get longer and longer as its rotation keeps slowing (forcing timekeepers to add leap seconds to the calendar periodically). Which means that in the future, there will be plenty of summer solstices that set new records as the “longest day in Earth’s history.”

6) Do I need to wear sunscreen?

Yes, you should, though, as Vox’s Julia Belluz has reported, the research on whether sunscreen actually helps prevent the more aggressive form of skin cancer is lacking. As she writes:

The US Preventive Services Task Force summed up the evidence on the health effects of sunscreen use … [and] found that sunscreen reduced the incidence of squamous cell cancer, but that it had no effect on basal cell cancer. What’s more, “There are no direct data about the effect of sunscreen on melanoma incidence.”

Still, research is always evolving and newer studies are emerging that show sunscreen can curb melanoma risk, such as this long-term trial from Australia.

That said, it does, definitely help prevent sunburn, which is unpleasant. For more on the science of sunscreen, read Belluz’s explainer.

7) Are there solstices on other planets?

Yes! All the planets in our solar system rotate on a tilted axis and therefore have seasons, solstices, and equinoxes. Some of these tilts are minor (like Mercury, which is tilted at 2.11 degrees). But others are more like the Earth (23.5 degrees) or are even more extreme (Uranus is tilted 98 degrees!).

Below, see a beautiful composite image of Saturn on its equinox captured by the Cassini spacecraft (RIP) in 2009. The gas giant is tilted 27 degrees relative to the sun, and equinoxes on the planet are less frequent than on Earth. Saturn only sees an equinox about once every 15 years (because it takes Saturn 29 years to complete one orbit around the sun).

8) I heard there was a solar eclipse happening this summer

You heard correct! There will be a solar eclipse on July 2. And if you’re in Chile or Argentina, (or in the South Pacific), you’ll be able to see it.

Here’s the path that the totality (the area where you can see the sun completely covered up by the moon) will take across the globe:

The image above was taken by NASA’s Solar Dynamics Observatory, a spacecraft launched in 2010 to better understand the sun.

Last year, NASA launched the Parker Solar Probe, a spacecraft that will come within 4 million miles of the surface of the sun (much closer than any spacecraft has been before). The goal is to study the sun’s atmosphere, weather, and magnetism and figure out the mystery of why the sun’s corona (its atmosphere) is much hotter than its surface. Still, even several million miles away, the probe will have to withstand temperatures of 2,500 degrees Fahrenheit.

It’s essential to understand the sun: It’s nothing to mess with. At Vox, Brad Plumer wrote about what happens when the sun erupts and sends space weather our way to wreak havoc on Earth.