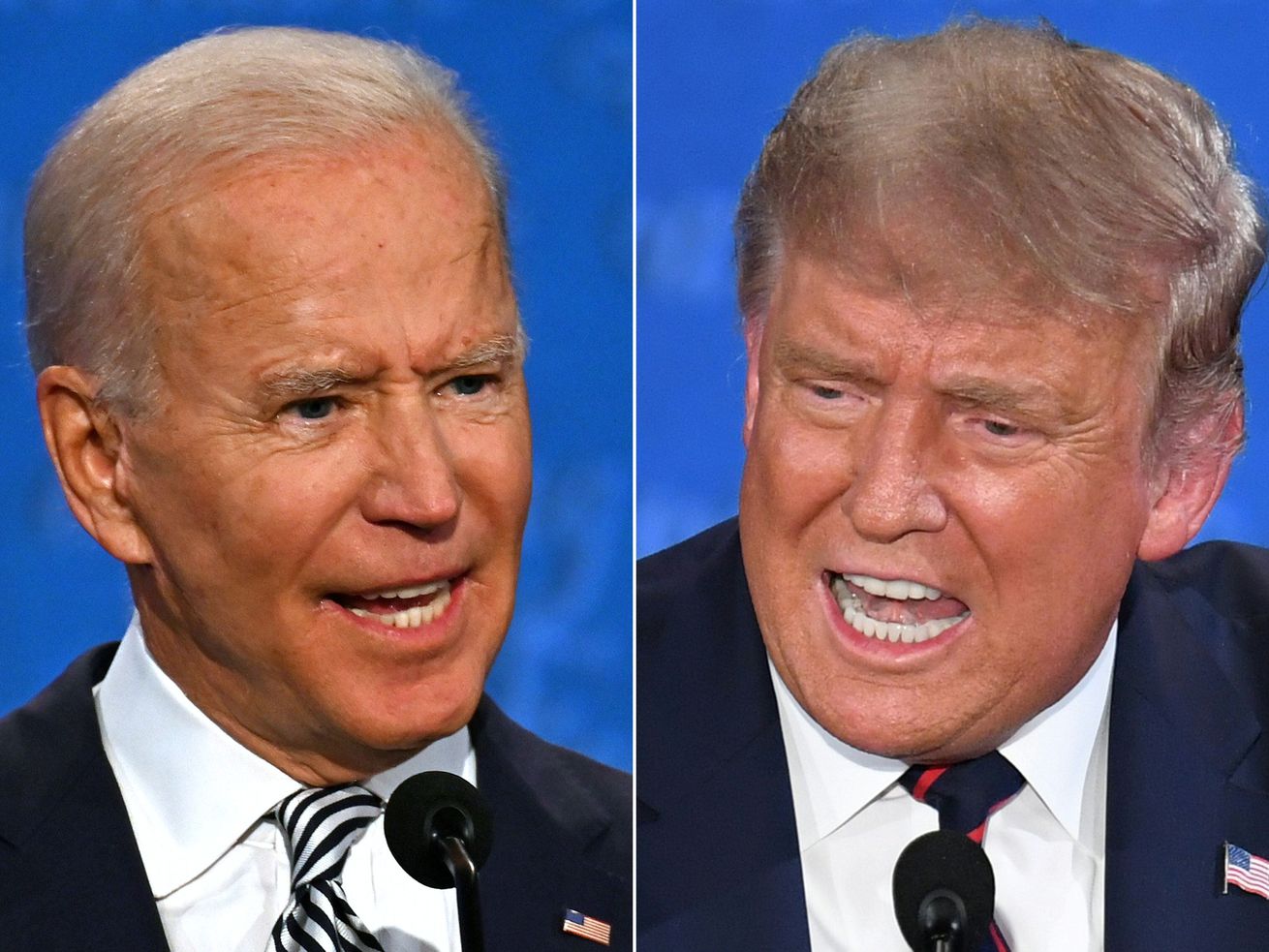 After sparring between the campaigns over a remote debate, the event commission reportedly called it off.

Following President Donald Trump’s recent Covid-19 diagnosis, the next debate has been canceled by the Commission for Presidential Debates, according to the Wall Street Journal and CNN.

On Thursday, Trump upended recently unveiled plans for a remote debate, saying on Fox Business, “I’m not going to waste my time on a virtual debate.”

A back-and-forth ensued on Thursday and Friday, as the campaigns floated potential alternate arrangements. Both campaigns are planning to hold separate events instead of the debate.

The second presidential debate, initially set for October 15, was to be moderated by C-SPAN political editor Steve Scully. However, much has changed since it was arranged — and since Trump and Biden first met onstage on September 29. Most importantly, Trump is in partial isolation in the White House after testing positive for Covid-19 on October 2. The president has been treated with a number of cutting-edge therapies for the airborne coronavirus, but Biden has said he is hesitant to appear onstage with Trump because he could still be contagious on the day of the debate.

The Centers for Disease Control and Prevention recommends people who have Covid-19 stay away from others for at least 10 days following the appearance of symptoms, and notes that patients who — like Trump — were hospitalized and needed oxygen may be wise to self-isolate for at least 20 days. The debate date would seem to fall after the 10-day window but before the 20-day mark, based on what is publicly known about the onset of the president’s symptoms.

On Tuesday, before the debate was made virtual, Biden told reporters he was uncertain about the wisdom of participating in it as planned.

“I think if he still has Covid, we shouldn’t have a debate,” he said after delivering a speech in Gettysburg, Pennsylvania, adding, “Too many people have been infected. It’s a very serious problem, so I will be guided by the guidelines of the Cleveland Clinic and what the docs say is the right thing to do.”

Until recently, Trump had seemed eager to debate despite still being treated for Covid-19, tweeting, “I am looking forward to the debate on the evening of Thursday, October 15th in Miami. It will be great!”

However, after the Commission for Presidential Debates announced the second debate would be held virtually, Trump said he no longer wanted to participate, arguing, “That’s not what debating’s all about; you sit behind a computer and do a debate, it’s ridiculous. And then they cut you off whenever they want.”

In a statement released Thursday morning, Trump campaign manager Bill Stepien reiterated Trump’s comments, and said that “President Trump will have posted multiple negative tests prior to the debate, so there is no need for this unilateral declaration.” The White House, however, still has not said when Trump’s last negative Covid-19 test was.

Stepien vowed to get his candidate back on the campaign trail in short order. This promise could be difficult to deliver on, as Trump is still actively being treated for Covid-19.

“We’ll pass on this sad excuse to bail out Joe Biden and do a rally instead,” Stepien said.

“Joe Biden will find an appropriate place to take questions from voters directly on October 15th, as he has done on several occasions in recent weeks,” Biden’s deputy campaign manager Kate Bedingfield said in a statement. “Given the President’s refusal to participate on October 15th, we hope the Debate Commission will move the Biden-Trump Town Hall to October 22nd, so that the President is not able to evade accountability.”

The ability of the Commission for Presidential Debates and the advising Cleveland Clinic to conduct debates safely was called into question during the first event, during which Trump’s family declined to wear face masks throughout the proceedings.

Wednesday night, some Pence supporters — including his wife, Karen Pence — failed to follow masking protocol. And following the first debate, the city of Cleveland reported at least 11 people became infected; city officials said the cases originated from the pre-debate planning and setup.

Covid-19 testing for Trump and Biden was up to the campaigns before the September 29 debate.

The final presidential debate — on October 22 in Nashville, Tennessee — remains on the Commission for Presidential Debates’ schedule. NBC anchor Kristen Welker has been selected to moderate that event.

With just weeks to go before the November 3 election, Biden’s advantage in the polls has only increased since the first debate and Trump’s Covid-19 diagnosis. His national polling average on FiveThirtyEight rose from 7 percentage points last week to 10 percentage points as of Friday, October 9.