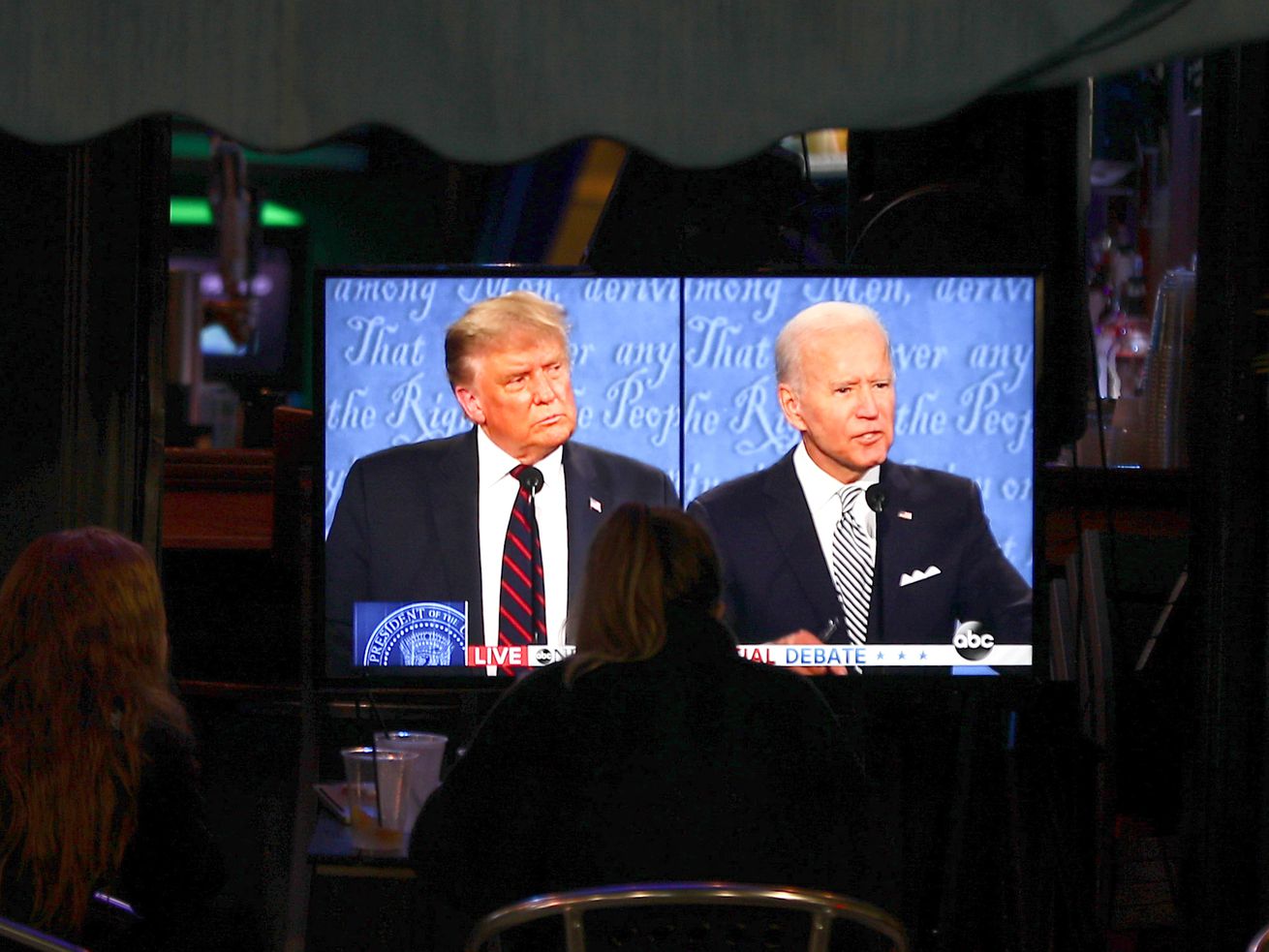 The final 2020 presidential debate between Donald Trump and Joe Biden is scheduled for October 22. | Tayfun Coskun/Anadolu Agency via Getty Images

The final presidential debate of 2020 is set for October 22, less than two weeks before Election Day.

The next presidential debate between President Donald Trump and Democratic nominee Joe Biden — following their dueling town halls Thursday night — is scheduled for 9 pm Eastern on October 22, a week from now.

It will be the second showdown between the candidates after Trump’s Covid-19 diagnosis and disagreements over a virtual format scuttled plans for a debate this week. It’s also the last debate on the schedule — and Election Day follows less than two weeks later.

Belmont University in Nashville, Tennessee, is hosting the debate, with NBC News’s Kristen Welker slated to serve as moderator. The issues to be covered during the 90-minute discussion have not yet been announced.

At this point, the October 22 debate looks like Trump’s last, best chance to shake up a campaign throughout which he has consistently trailed. At the beginning of May, shortly after Bernie Sanders dropped out of the Democratic primary and cinched the nomination for Biden, the former vice president led Trump by 6.1 percentage points in FiveThirtyEight’s national polling average. His lead has only grown since then, sitting at 10.5 percentage points as of October 15.

The 2020 race has been defined by its remarkable stability in the polls. Neither candidate experienced much of a convention bounce over the summer. News narratives — particularly the Covid-19 pandemic and the resulting economic crisis — have probably undercut Trump’s support, but he was trailing Biden at the very beginning of the year, too.

The same issues still dominate the headlines and are likely to occupy most of the candidates’ attentions in their final standoff. The debate takes place the same day as the Senate Judiciary Committee’s scheduled vote on Amy Coney Barrett’s Supreme Court nomination. The US is currently experiencing a new wave of Covid-19 cases, and nearly 900,000 Americans filed for unemployment assistance last week.

There have been signs of desperation from the Trump campaign, the latest being Rudy Giuliani’s extremely sketchy attempt to turn a Hunter Biden email into a national scandal. The next debate will be the president’s final opportunity to make some of those attacks stick in voters’ minds before they head to the polls.

But in fact, Trump and Biden’s first debate seems to have influenced the race the most so far. Viewers overwhelmingly thought Biden won, given the president’s erratic performance, which was followed shortly by his positive coronavirus test. On September 29, the day of the first debate, FiveThirtyEight’s polling average showed Biden ahead by 7.1 percentage points; since then, the gap has grown by more than 3 percentage points.

Biden also holds substantial, if not insurmountable, polling leads in the most important swing states, giving him a clear path to 270 Electoral College votes. Trump, on the other hand, needs to dramatically improve his standing in those states — or pin his hopes on a huge polling miss — in order to win reelection.

The October 22 debate is the last time the incumbent and his challenger will share a national TV platform from which to make their final arguments to America’s voters. For Biden, he’ll want to hold steady and finish the race strong, while Trump needs to reclaim some momentum. That’s likely a serious challenge: Millions of Americans have already voted, and the president is running out of time.