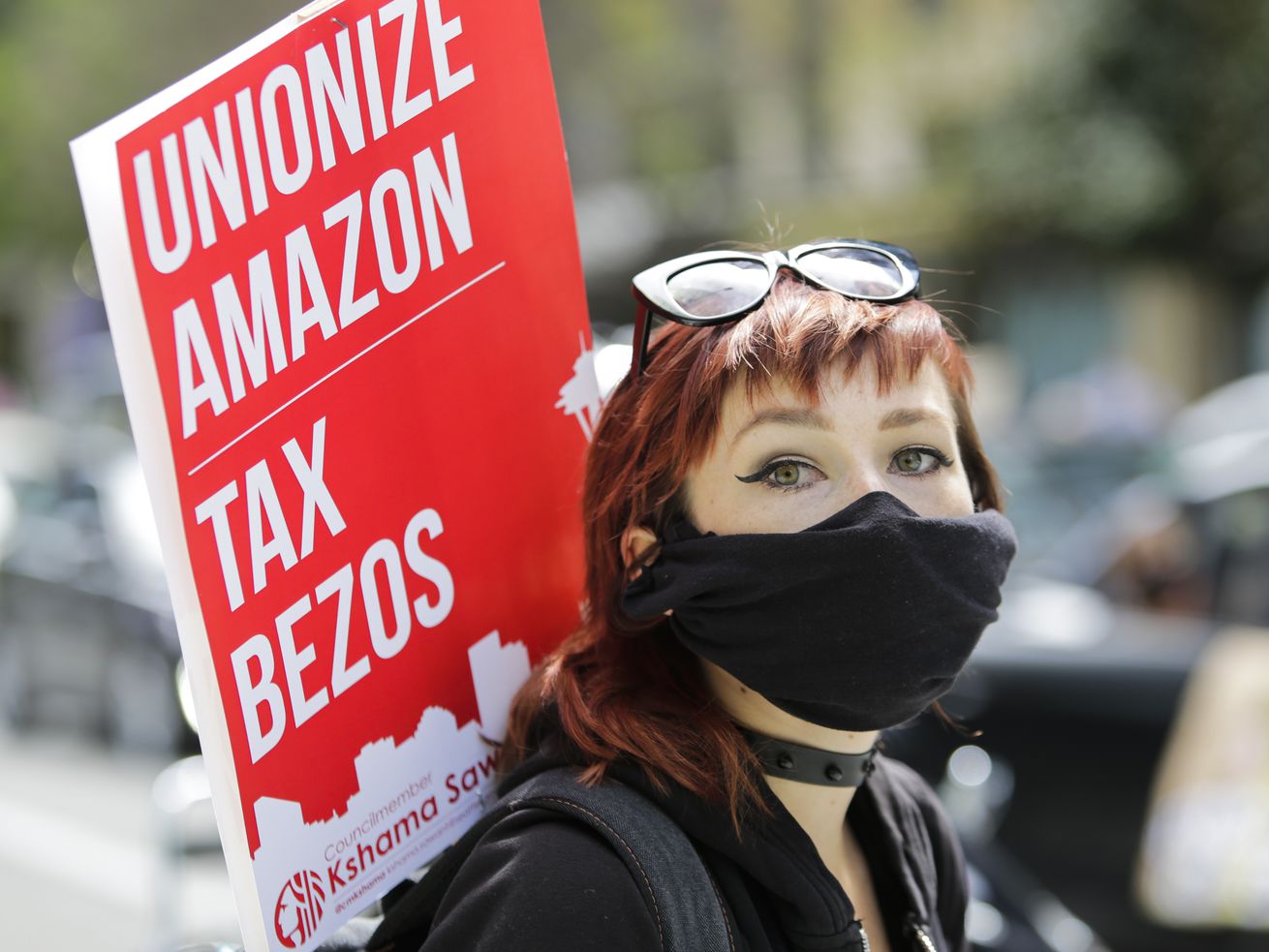 In the time of coronavirus, essential workers can hold effective protests even without huge attendance.

Essential workers at major companies like Amazon, Instacart, and Target across the United States on Friday protested for better safety protections, working conditions, and pay during the coronavirus pandemic. The event attracted considerable media attention and political support, pushing companies to respond to the basic demands workers have been asking for since the beginning of the disease’s spread in the US and signaling that these workers have a sympathetic ear in the broader public.

By some measures, the protests — along with a recent series of walkouts or “sickouts” at Amazon’s warehouses and a general strike at Instacart — could be seen as underwhelming. Participation hasn’t been enough to shut down warehouses or, according to companies, slow down overall business. Both Amazon and Instacart have said they’ve seen record sales during the pandemic, and despite labor actions, there seem to be no signs that growth is slowing down.

“While there is tremendous media coverage of today’s protests, we see no measurable impact on operations,” wrote Rachael Lighty, an Amazon spokesperson, in a statement to Recode, which also stated that the company is committed to worker safety has spent $800 million on additional worker safety measures since the pandemic hit. Target and Instacart also sent statements saying that the companies are committed to worker safety; a spokesperson for Target said the company is aware of fewer than 10 Target workers who attended protests.

But regardless of scale, the protests were historic and, to a degree, effective. For the first time, organizers brought together a coalition of low-paid, non-unionized, often temporary employees from some of the largest companies in the US. They gained the backing of major political leaders like Sen. Kamala Harris, Sen. Cory Booker, and Sen. Elizabeth Warren, who tweeted in support of workers. And more importantly, their protests drew significant media coverage and public support at a time when the customers are more grateful and sympathetic than ever to the workers essential in keeping them supplied with food and necessary goods during the pandemic. Publications like the the Washington Post, the Los Angles Times, and Vice as well as broadcast networks like CNN covered the event, and social media posts about it were shared widely.

Many of the places where workers gathered to protest, such as New York and California, currently have stay-at-home orders. In pictures and video of the events from those locations, protesters are largely seen wearing masks and face coverings. It’s unclear if workers were able to maintain social distancing in each protest.

“We haven’t seen anything like this since the 1930s — a crisis like this and workers who are hurting badly,” said Thomas Kochan, a professor at MIT who leads research on work and employment. Kochan explained that, in the past, times of severe crisis have led to workers gaining rights, and he thinks the current conditions will “wake up” the general public to long-standing labor issues.

Organizers of the protests at different companies have remarkably similar demands: more access to protective gear like masks and gloves, extended time off to recover from sickness, and higher pay. While companies have changed policies in response to some of their concerns, workers say it isn’t enough. Instacart shoppers, Amazon pickers, and FedEx delivery workers have been meeting virtually through the pandemic on Zoom, Telegram, Facebook, and other platforms to coordinate today’s action.

“We formed this alliance because we all have one common goal, and it’s to save our communities and save our families,” said Christian Smalls, the lead organizer of the strike and a former Amazon warehouse employee at its Staten Island, New York, facility.

In March, Amazon fired Smalls after he organized a walkout at the facility where he worked. The company said he was fired for violating social distancing rules, an allegation that Smalls has denied. After the firing, a top lawyer at Amazon called Smalls “not smart or articulate” in leaked notes from an executive meeting. Amazon’s top leaders appeared to view Smalls as a flawed leader who wouldn’t be effective in organizing his peers.

But Amazon may have underestimated Smalls. In the wake of his dismissal, the 31-year-old father of three gained the support of the mayor of New York City, State Attorney General of New York, and several senators to investigate the circumstances his firing. And now, with Friday’s protests, Smalls has proven that there’s an audience for worker issues beyond any one worker or company.

So while we aren’t witnessing a strike like the historic and violent May Day worker protests of 1886, when hundreds of thousands of workers demanded an 8-hour workday, Friday’s action was nevertheless a potent reminder that in a pandemic, companies can’t simply ignore workers’ demands. In the age of social media, even small groups of workers can attract huge amounts of attention.