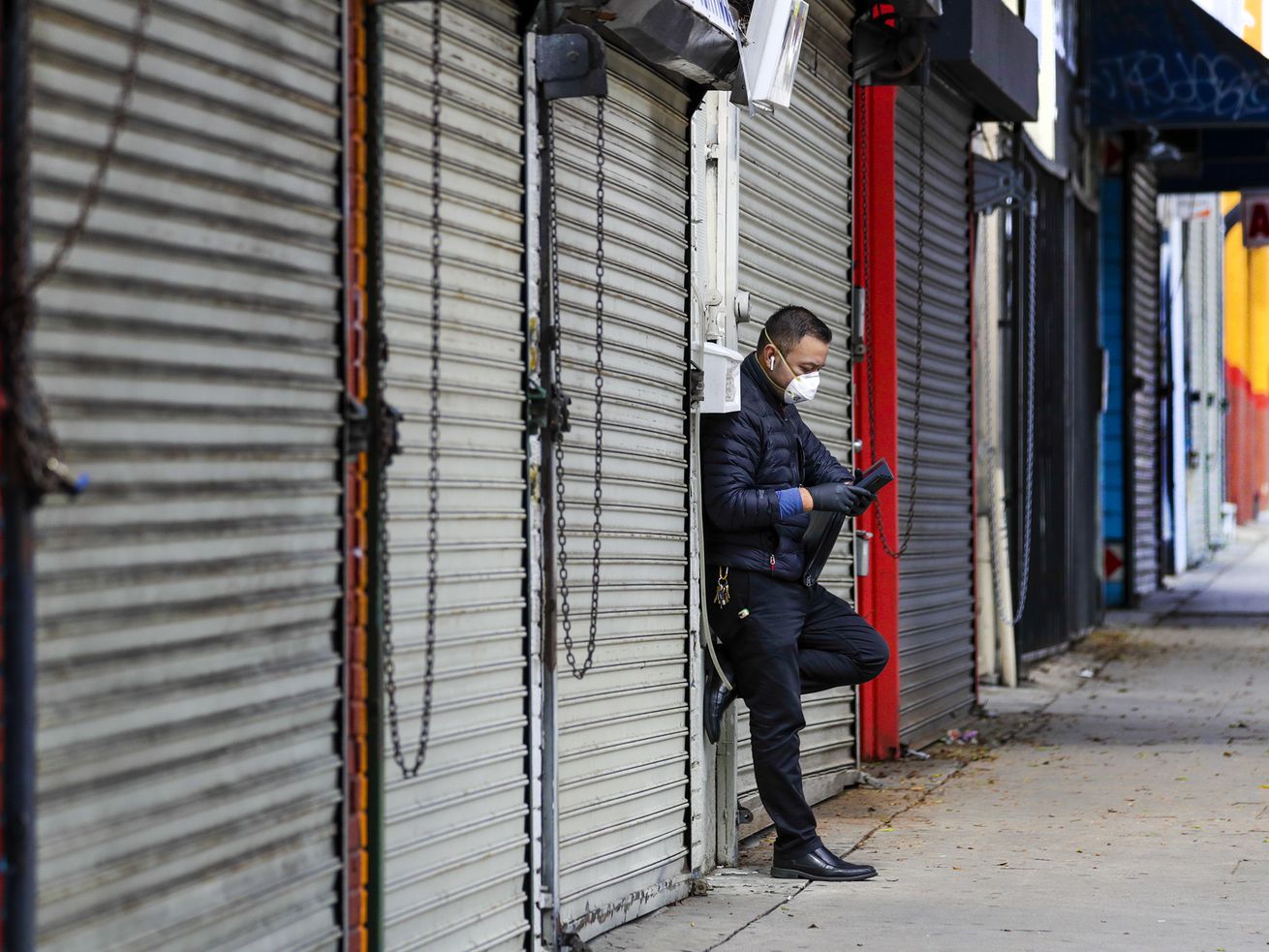 The DOJ is questioning the legal authority of top officials in California and Illinois to extend stay-at-home orders.

The Department of Justice has weighed in on stay-at-home orders in Illinois and California — and has warned officials in both states that the federal government believes they may be exceeding their legal authority with their current means of containing the spread of the coronavirus pandemic.

The Justice Department’s signals — a statement of interest backing a lawsuit against Illinois Gov. J.B. Pritzker’s lockdown order, and letters to both Los Angeles officials and California’s governor — are part of an initiative announced last month by Attorney General William Barr meant to monitor and take legal action against any state or local ordinances that represent an “overbearing infringement of constitutional and statutory protections.”

The warnings come as the Trump administration is aggressively promoting the reopening of venues like churches and nonessential businesses amid a crashing economy, and as the administration looks for ways to accelerate a return to pre-coronavirus normalcy.

On Friday, Justice Department lawyers filed a statement of interest backing a lawsuit brought against Pritzker by Illinois state Rep. Darren Bailey. Bailey, a Republican, claims that Pritzker illegally extended state stay-at-home restrictions past a 30 day period in which the governor was allowed to exercise emergency powers.

“However well-intentioned they may be, the executive orders appear to reach far beyond the scope of the 30-day emergency authority granted to the Governor under Illinois law,” said Steven Weinhoeft, the US Attorney for the Southern District of Illinois, in a statement explaining the federal government’s statement of interest. “Even during times of crisis, executive actions undertaken in the name of public safety must be lawful.”

Weinhoeft continued, “And while the people of Illinois must be physically protected from the effects of this public health crisis, including by complying with [Centers for Disease Control and Prevention] guidelines their constitutionally guaranteed rights and liberties must be safeguarded as well.”

Clay County Circuit Judge Michael McHaney ruled in favor of Bailey in late April, but Pritzker has since moved the lawsuit to federal court. The lawsuit applies only to Bailey himself, but would allow individuals and groups to challenge restrictions themselves.

And in another development on Friday, Eric Dreiband, assistant attorney general for the Justice Department’s Civil Rights Division, wrote a letter to Los Angeles officials expressing concern about “an arbitrary and heavy-handed approach to continuing stay-at-home requirements.”

The letter came in response to city officials’ statements last week indicating their commitment to long-term restrictions on movement. Los Angeles Mayor Eric Garcetti said last week that his city would “never be completely open until we have a cure” in an interview with ABC’s Good Morning America. And Los Angeles County Public Health Director Barbara Ferrer said some form of quarantine restrictions will remain in place for the county “for the next three months.” She later clarified by saying that “while the ‘Safer at Home’ orders will remain in place over the next few months, restrictions will be gradually relaxed.”

“Reports of your recent public statements indicate that you suggested the possibility of long-term lockdown of the residents in the City and County of Los Angeles, regardless of the legal justification for such restrictions. Any such approach may be both arbitrary and unlawful,” Dreiband said in his letter.

Garcetti responded to the letter from the Justice Department during a press briefing on Friday, saying, “We are not guided by politics in this, we are guided by science. We are guided by collaboration. … The numbers will always guide us forward — there is nothing else. There’s no games, there’s nothing else going on.”

Tuesday, Dreiband sent a similar letter to California Gov. Gavin Newsom, arguing that the state needs to allow churches to reopen sooner than it currently plans to, accusing Newsom of “pronounced unequal treatment of faith communities” and of violating the civil rights of worshippers.

California plans to allow places of worship to reopen once criteria are met for the state to move to phase three of its reopening plan, which would allow “higher-risk workplaces” to resume normal business.

Although a number of “superspreader events” have been tied to religious meetings in South Korea, France, and the United States, the DOJ argued in its letter that “California has not shown why interactions in offices and studios of the entertainment industry, and in-person operations to facilitate nonessential ecommerce, are included on the list as being allowed … while gatherings with social distancing for purposes of religious worship are forbidden.

Newsom’s office has replied to comment requests by saying only it had received the letter, and the governor promised Monday worship would be back in session within “weeks, if everything holds.”

Neither letter contained any threat of legal action, but both — as well as the department’s involvement in the Illinois case — are clear signs of the Department of Justice’s willingness to assist the president in his push to reopen the country.

The Trump administration wants to shift gears as quickly as possible

President Trump has advocated for a rapid reopening for weeks, encouraging anti-lockdown protesters with a series of tweets stating someone should “liberate” their states, and regularly advocating for businesses to be allowed to reopen on Twitter.

But there are hard limits to what the federal government can do in a federalist system that empowers states to oversee much of their own pandemic responses, as Vox’s Ian Millhiser explained Friday, after Trump announced he would order churches to reopen — and “override the governors” if they resisted:

Congress could theoretically override some decisions by state governors. The Constitution gives Congress the power to “regulate commerce with foreign nations, and among the several states,” a provision which gives Congress broad authority to regulate the national economy and to remove obstacles to interstate trade. So, if Congress disagreed with a state order closing businesses, it could likely enact a federal law preempting that state order.

But even assuming that churches have a substantial enough impact on interstate commerce that Congress could order them reopened, Trump is not Congress. Trump can invoke existing laws that give the federal executive branch some power to help manage a public health crisis, but those statutes largely permit the federal government to support ongoing state efforts to control a disease, or to quarantine seeking to enter the country or to cross state lines.

This leaves the Trump administration with limited options for advancing its reopening agenda, particularly in states not governed by allies of the president. But the DOJ’s actions suggest it is increasingly willing to help the president find ways around this limitation.