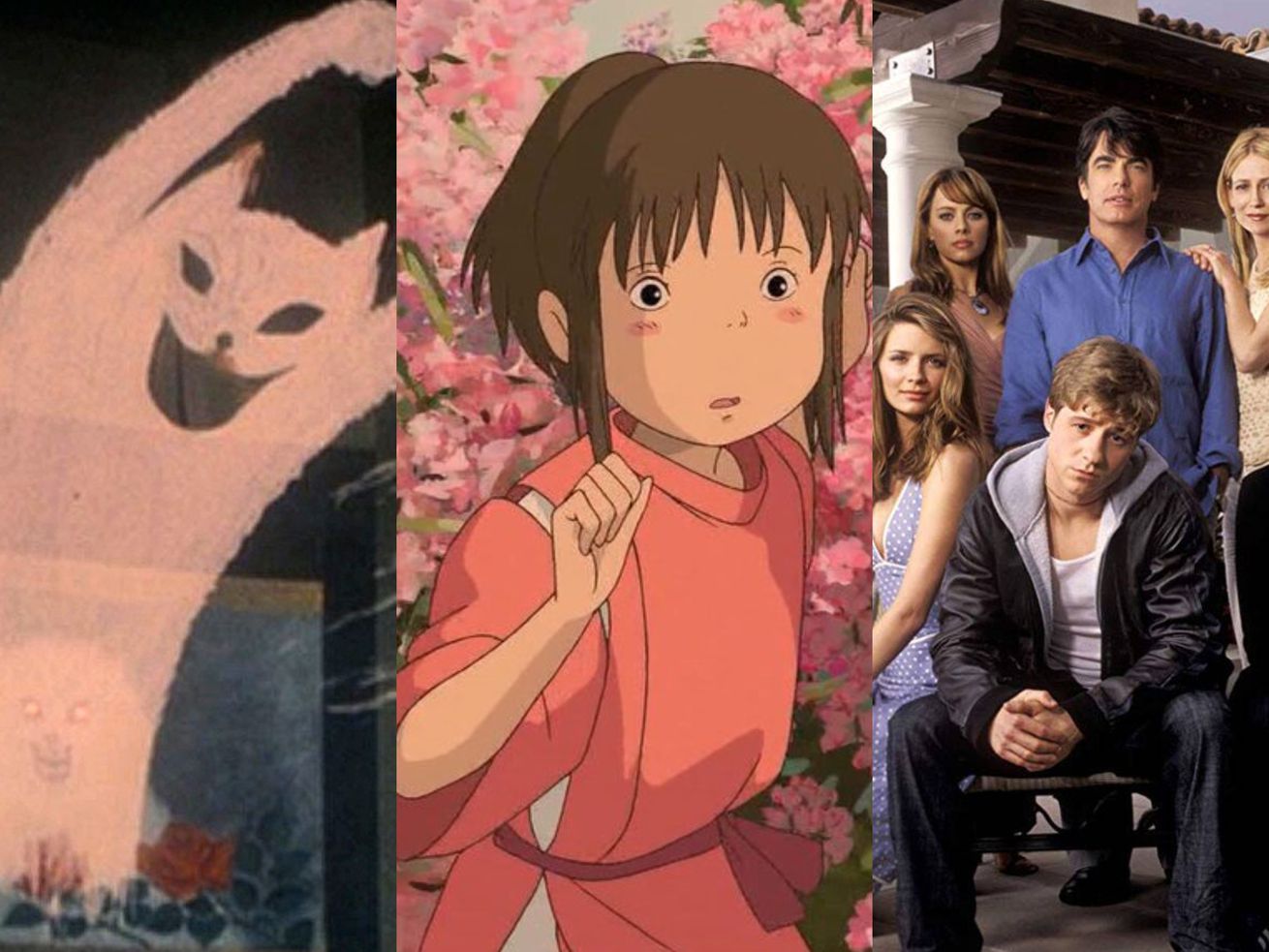 HBO Max’s bountiful treasures may be hard to find, but they’re worth looking for.

How is HBO Max different from HBO’s other available streaming platforms, HBO Go and HBO Now? Spending the time to dig into HBO Max’s library clarifies how the platform is unique from its siblings. Not only does it have some buzzy exclusives, but HBO’s latest, most-packed streaming service also has some otherwise hard-to-find shows and films that make it that much more interesting.

By drawing on WarnerMedia’s expansive library of content and making licensing deals to add even more, HBO Max has already distinguished itself as the streaming home of some of the greatest works in TV and cinematic history. Does that sound like a big claim to you? Try this: If you’re a fan of the Golden Age of Hollywood, the entire Looney Tunes canon, or some of the best anime ever made, well, HBO Max has all of those covered. And it’s got everything that HBO’s ever created, too.

Jumping in, however, is a bit daunting. Some movies and shows are arranged into “collections” to help organize the biggest buckets of available TV shows and films. But the titles of these collections aren’t always very clear — and scores of other stuff don’t appear in collections at all. (In fact, the biggest drawback to HBO Max so far is its horrible crapshoot of a user interface. It sucks!)

We’ve pulled out some of the highlights of what’s currently available on HBO Max, to give you a place to start watching your way through.

When Friends dropped on Netflix in its entirety on January 1, 2015, it seemed like the entire TV-watching public jumped at the chance to rewatch the seminal 1990s sitcom about privileged white people with codependency issues and way-too-nice apartments in New York City. But WarnerMedia took Friends from Netflix to make it a crown jewel of HBO Max, claiming one of the most popular shows on streaming for its own. The excitement around Friends’ easy availability seems more muted this time around, probably because so many people have already rewatched it, but there is a long-requested cast reunion special in the works to look forward to in the future. —Allegra Frank

(New) Doctor Who, from Doctors Nine to Thirteen

It’s hard to believe there’ve been 11 seasons (and counting) of BBC’s revived Doctor Who. The series has been through an intergalactic ringer — several times — and given us its share of unforgettable sci-fi/fantasy moments. If you’ve never watched it, Doctor Who is a wildly popular and long-running story — it first aired between 1963 and 1989 and was then revived by Russell Davies in 2005. It centers on a brilliant alien, a.k.a. “the Doctor,” who travels through time to save humanity. He or she wormholes around in a deceptively tiny old-school British telephone box, while wielding lots of sci-fi gadgets and taking on some very smart traveling companions. Oh, and the alien occasionally regenerates into an entirely new actor, which is why we’re currently on Doctor Thirteen.

If you’re new to Doctor Who or just want a quick refresher, there are plenty of must-see episodes the internet will be happy to tell you all about, but we recommend you start at the beginning, with the revival’s very first two episodes, “Rose” and “The End of the World.” From there, you’re free to jump around and sample storylines — just as long as you don’t close your eyes to one of the best episodes of sci-fi horror ever written: season 3, episode 10, “Blink.” —Aja Romano

Since the first Looney Tunes short premiered in 1931, the series has been a hallmark of amazing physical comedy, impressions, pop culture references, and snappy, silly storytelling. Looney Tunes’ characters and voices are iconic, and HBO Max boasts every single one of their hijinks — 31 seasons’ worth, from 1931 to 2005. There are also new, original shorts on HBO Max, which update Looney Tunes’ look while preserving its same energetic feel. (No Space Jam, sadly.) —AF

Crunchyroll — a selection of anime, new and old

Compared to the much more voluminous selection on the anime streaming service Crunchyroll, HBO Max’s sampling of Crunchyroll titles is paltry: HBO Max has just 17 series for now, though presumably more will be added and rotated through over time. Among the titles currently available, however, there are a few can’t-miss gems — the classic foundational samurai series Rurouni Kenshin; the grim horror fantasy Berserk; the justifiably beloved Full Metal Alchemist: Brotherhood; the combat fantasy Kill La Kill, with its controversially literal take on weaponized sexuality; and the soft romantic melodrama Your Lie in April. —AR

The Fresh Prince of Bel-Air

Will Smith’s breakthrough was this ’90s sitcom, which still holds up after 25-plus years. Smith’s most iconic role remains Will, a teen from West Philadelphia whose life gets turned upside down when he’s sent to live with his much wealthier uncle in Bel-Air. Fresh Prince is also the show that spawned cultural institutions like the Carlton Dance and one of the most heartbreaking moments in TV history. —AF

The O.C. is a modern classic of teen drama, but it’s been curiously difficult to stream since it ended in 2007. HBO Max has all four seasons of the show among its assortment of teen dramas, so you can relieve all the beachside murders and drug abuse and pretentious music taste. Considering how absurd teen shows were, are, and always will be, The O.C. should be required viewing for fans of the genre. —AF

It’s not broken out as an official category, but there’s a lot of British TV and film goodness in the HBO Max mix. In addition to the aforementioned Doctor Who, there are period Jane Austen miniseries like the 2009 BBC miniseries adaptation of Emma, as well as the iconic 1995 Pride and Prejudice starring Colin Firth and Jennifer Ehle. Loads of crime thrillers and mysteries are also available, like the Idris Elba star vehicle Lucifer, the gritty police drama DCI Banks, and many more. And if you’re a fan of British comedy, check out the standup specials from Alan Partridge, TV series like Coupling, and the original British version of The Office. —AR

(Almost all of) the Lord of the Rings franchise

The Lord of the Rings isn’t a newcomer to streaming by any means, but it’s been hard to find most of the six movies (five here: the original trilogy and two of the three Hobbit films) in one place — until now. HBO Max makes it easy to embark on very long LOTR marathons whenever you so choose. —AF

(Most of) the legendary Studio Ghibli library

The correct answer to “Which Studio Ghibli films should I watch?” is “all of them.” Thanks to an unprecedented streaming deal between Miyazaki’s legendary animation studio and HBO Max, all but one of the studio’s 22 movies are currently available to subscribers. Animated masterpieces like My Neighbor Totoro, Spirited Away, and Howl’s Moving Castle are there, along with some personal favorites of the Vox Culture team — my editor loves Kiki’s Delivery Service the most; I can’t choose between Nausicaä of the Valley of the Wind and When Marnie Was There. But trust us — there’s at least one gorgeous, sumptuous Ghibli film on HBO Max waiting to win your love. —AR

Every single one of the eight Harry Potter films is streaming on HBO Max. So if you’ve been feeling nostalgic and/or over-invested, your moment has come. Ready your treatise on whether Alfonso Cuarón’s controversial direction on Prisoner of Azkaban holds up against David Yeats’s steady hand in the latter half of the series (verdict: great, it holds up just great), or whether Half-Blood Prince is a subtle and underrated triumph for Slytherin apologists everywhere (it is).

Reminisce over the films’ unsung heroes, like Sean Biggerstaff playing a Quidditch captain named Oliver Wood, or Neville’s actor Matthew Lewis blossoming into one of the hottest cast members. And celebrate the short-lived stint of Kathleen Cauley, the black actress who played Lavender Brown and was inexplicably replaced with a white actress in later films — just in case you forgot that Harry Potter was ever a problematic wonderland. Ah, maybe just focus on all that CGI magic. (The two Fantastic Beasts movies are also streaming on HBO Max, but they’re awful.) —AR

HBO Max’s TCM selection is dreamy, with too many classic titles to properly highlight. There’s a solid selection of films from auteur directors, from Almodovar to Ozu. Silent film fans shouldn’t miss groundbreaking titles like Safety Last, The Battleship Potemkin, or a litany of classic Charlie Chaplin masterworks like City Lights and Modern Times. Horror and sci-fi film fans have lots to salivate over, like the Godzilla series, cult Japanese fave Hausu, and the influential silent classic Vampyr. There’s also a selection of classic musicals, from Astaire and Rogers hits to The Wizard of Oz. But if you’re going to check out just one film from the long list of must-see classics, do yourself a favor and make it Powell and Pressburger’s gorgeous, delicious murderous nun melodrama, Black Narcissus. —AR

Cartoon Network has been home to some of the best cartoons of the last 30 years, and several of them are now streaming on HBO Max. The Powerpuff Girls series (the original one from the ’90s, not the bland 2016 reboot) and Dexter’s Laboratory are great nostalgic picks, and Adventure Time, Regular Show, and Steven Universe stand out among the more recent selects. —AF

Adult Swim series like Rick and Morty and Space Ghost

There are plenty of great cartoons from Adult Swim available too, most prominently Rick and Morty and Robot Chicken. Most exciting to me, however, are the old stalwarts Home Movies and Space Ghost Coast to Coast — both excellent shows that have been nearly impossible to stream before now. I’m also hoping that HBO Max continues to add to its Adult Swim collection, because the brand has plenty of other great shows, animated and live-action, that merit inclusion. —AF

Movies from DC Entertainment — including lots of Batman, Superman, and eventually the Snyder Cut of Justice League

For the complete collection of DC Entertainment content, DC Universe remains the go-to streaming service. But HBO Max has a bunch of stuff for Batman fans in particular, including every Batman movie up to (but sadly not including) the Nolan saga, and several animated adaptations. Some of the live-action DC movies are on HBO Max too, namely Suicide Squad and Justice League — and, in 2021, the service will add Zack Snyder’s fabled director’s cut of Justice League, which Snyder diehards may or may not have willed into existence. It promises to rework the maligned superhero team-up film, and now you have plenty of time to rewatch the original cut here to prepare. —AF