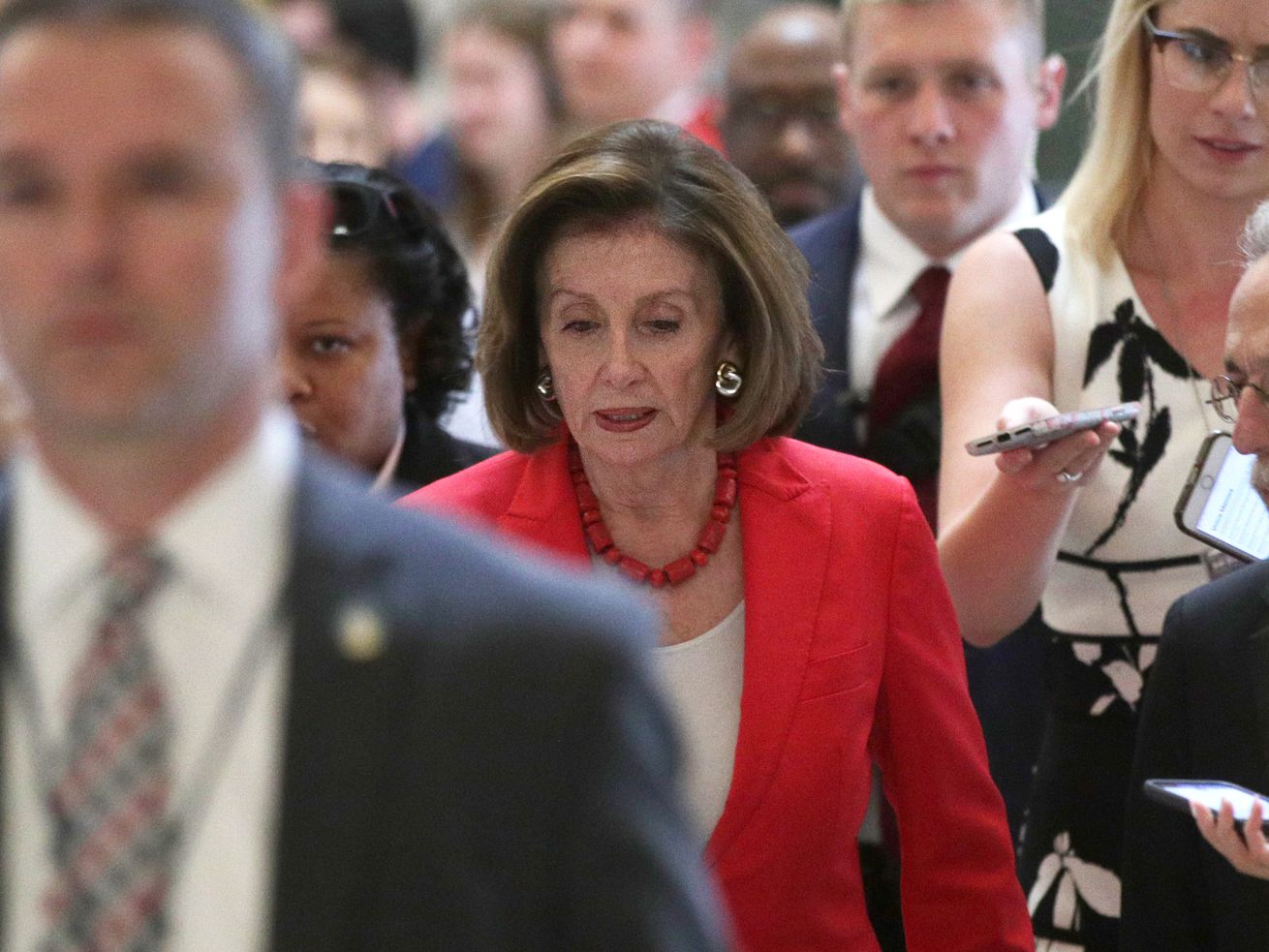 House progressives are fuming at Senate Democrats for passing a border aid bill with no accountability standards for the Trump administration.

The House of Representatives passed a bipartisan Senate bill allocating $4.59 billion in supplemental border funding on Thursday — sending much-needed aid to the southern border, but angering progressive Democrats in the House who were hoping to enact stronger accountability standards for the Trump administration.

“I blame Senate Democrats first and foremost for putting us in this position,” Rep. Pramila Jayapal (D-WA), the co-chair of the Congressional Progressive Caucus told reporters Thursday. “I don’t know what they’re thinking, but this is making clear we’re never going to hold this administration accountable for their cruelty.”

Two days earlier, the House had passed their own version of a $4.5 billion supplemental funding bill that contained care and health standards for detention centers holding undocumented children. But by Wednesday, the vast majority of Senate Democrats signed off on the Senate bill, which passed on a vote of 84-8.

While both chambers’ bills directed money towards the humanitarian needs of immigrants after multiple reports of squalid, overcrowded conditions at a detention center in Clint, Texas, House progressives believed their bill would be the only thing to hold President Donald Trump accountable for those conditions. House Speaker Nancy Pelosi initially supported progressives, but contended with a Thursday afternoon rebellion from moderate Democrats who wanted to scrap their bill in favor of the bipartisan Senate one.

The Senate bill that both chambers ultimately passed doesn’t go as far in laying out clear care standards that detention centers must meet. It also includes $145 million that would go to the Pentagon to help with border control and the humanitarian situation at the border, which progressives in the House resented.

“You would think that even centrist members would want compromise, right?” a visibly frustrated Rep. Alexandria Ocasio-Cortez (D-NY) told reporters as she headed into the House chamber. “Isn’t that like the clarion call for moderation where we should add some House amendments, let’s work together, let’s get it done? And instead we’re getting railroaded, and I’m afraid we’re going to be hurting kids because of that.”

Pelosi spent the past two days making overtures to the White House. At 12:47 pm on Wednesday, Pelosi called Trump and the two spoke for 15 minutes. The purpose of the call was “to try to reconcile the House and Senate border supplementals,” according to a senior Democratic aide. On Thursday, she had another nearly hour-long phone call with Vice President Mike Pence.

“The Senate bill is a good bipartisan bill that passed overwhelmingly in the Senate,” Rep. Stephanie Murphy (D-FL), co-chair of the moderate Blue Dog Coalition, told Roll Call. “It is an emergency on the border right now. We need to get money to the border as soon as possible.”

Congress has spent the past few weeks ironing out border funding

On top of the border aid funding fight, it’s been a dizzying week for immigration news in Washington, with reports of even more shake-ups within Trump’s Department of Homeland Security as public outrage mounts about the humanitarian crisis at the border.

The week kicked off with reports of squalid conditions at a border facility in Clint, Texas that was holding undocumented children, and continued with a photo of a father and daughter who drowned trying to cross the Rio Grande after being turned away at a legal point of entry at the border.

The feeling of outrage and sadness was palpable on Capitol Hill Thursday; Pelosi nearly choked up at her weekly press conference talking about the drowned father and his little girl.

“Right now we are faced with a situation where we could do much better for the children,” Pelosi told reporters.

Providing some kind of humanitarian aid to the border — a request first made by the Trump administration in May — is something that Democrats and Republicans broadly agreed on. Where they disagreed, however, is on the allocation of this aid for other operational costs, like increases in detention beds, something Democrats have long opposed.

Previously, when lawmakers sought to attach this funding to a disaster aid package that passed earlier this year, Democrats wanted to designate $3.3 billion in funding for humanitarian aid. They were not interested, though, in providing another $1.1 billion that would be used for other purposes such as detention beds and ICE personnel costs.

That resistance only heightened in the last two weeks, as progressive lawmakers like Jayapal and Ocasio-Cortez argued that more money shouldn’t be sent to the Trump administration unless Congress attached some measures to make sure undocumented children were being held in safe, clean facilities.

“We’re spending $155 million with the marshals. That is in conflict with my morality on how funding should be allocated,” Rep. Ilhan Omar (D-MN) told reporters Tuesday. “We would love for all of the money and assistance to go to HHS, and that really has not been on the table.”

Progressives created a stir on Monday night in a meeting with Pelosi, persuading House leadership to add strict care standards to the bill that detention facilities had to meet, or risk losing their funding. But ultimately it was House moderates that ended up sinking that version of the bill when push came to shove.

“They do not understand or they are callous to the needs of holding the administration accountable when we have nothing but evidence in front of us that they do not use the money for what we send it to them for,” Jayapal said. “I have no question in my mind today the administration has plenty of money to give kids toothbrushes and food and water and medical care.”

To make sure Congress had passed something — not to mention something the president would sign — before lawmakers left for the July Fourth recess, Pelosi ultimately brought the Senate version to the floor. It now heads to Trump’s desk.