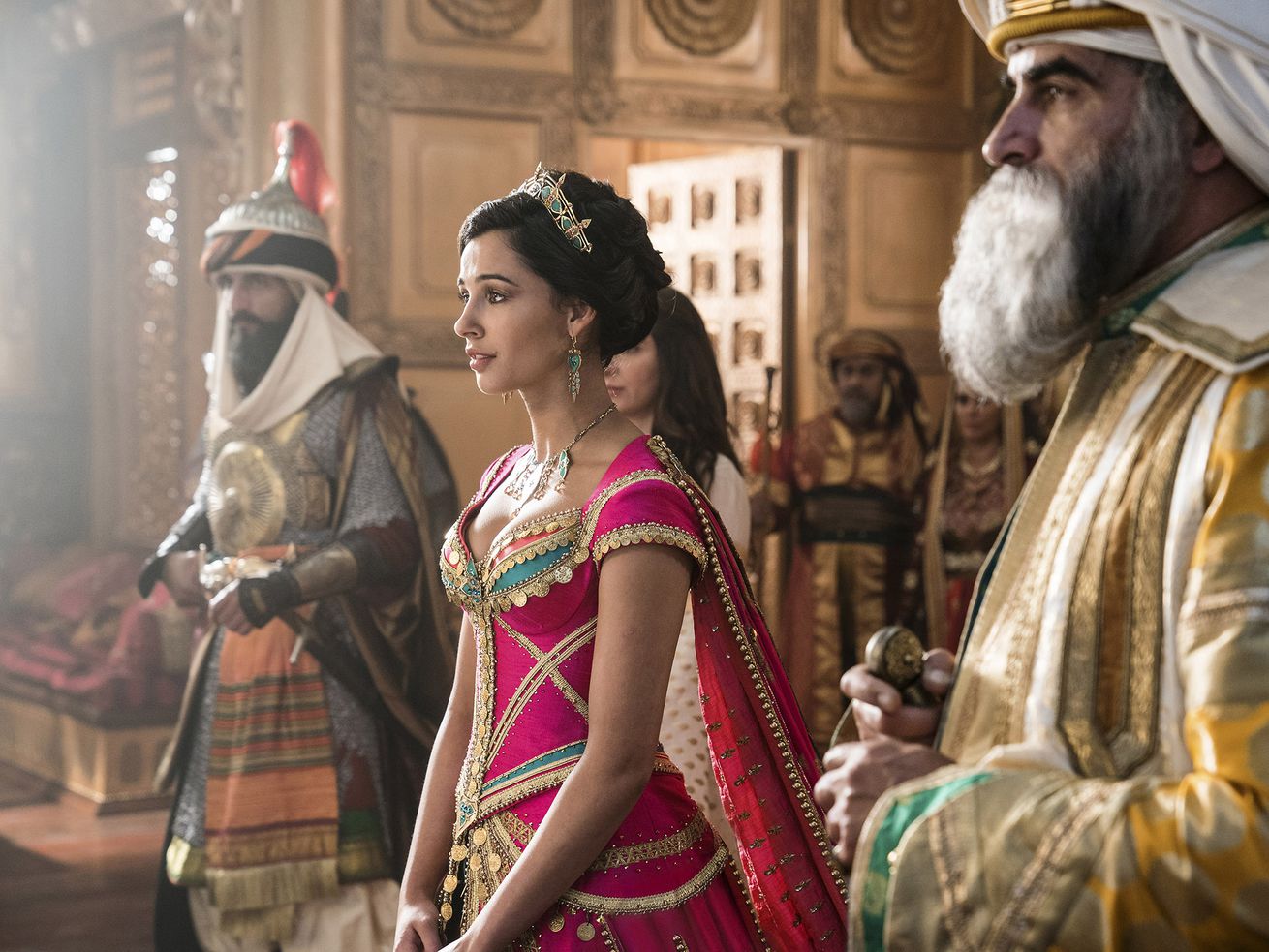 Disney’s live-action Aladdin, a remake of its 1992 animated film, has finally arrived in theaters, and on one level, it’s something of an achievement. The production, helmed by Guy Ritchie, had a hefty amount of cultural baggage to overcome, and has been dogged by controversy and skepticism over its premise and execution since before filming even began.

All the backlash isn’t entirely the 2019 film’s fault. Although the original movie was a critically acclaimed masterpiece, it was also dripping in Orientalism and harmful racist depictions of Arab culture. The new film has, for the most part, managed to shirk much of its inspiration’s exoticism and cultural inaccuracies, but despite Ritchie’s clear efforts to deliver a more respectful version of Aladdin, it may not be enough to satisfy many of its detractors.

The Council on American-Islamic Relations issued a press release earlier this week asking reviewers and critics to acknowledge that the “Aladdin myth is rooted by racism, Orientalism and Islamophobia” and to “address concerns about racial and religious stereotypes perpetuated by the [new] Disney film.”

Most people think that the story of Aladdin comes from the original 1001 Nights tales, which is a collection of traditional Middle Eastern and Asian folklore. But in fact, Aladdin isn’t a traditional folktale; it has a different history, and it’s one that still causing controversy today.

Aladdin had no known source before French writer Antoine Galland stuck it into his 18th-century translation of 1001 Nights. Galland claimed to have heard it firsthand from a Syrian storyteller, but claiming your original story came from an exotic faraway source is a common literary device. In recent years, however, the discovery of a memoir by a Syrian named Ḥannā Diyāb cast doubt on the idea that Galland invented the tale. Diyab met with Galland in 1709 and told him several stories to include in 1001 Nights — which historians now believe most likely included Aladdin. But as the book’s most recent translator, Yasmine Seale, noted in a 2018 interview, Diyab’s version was never recorded, and it’s unclear how much of the story came from him or Galland: “Diyab’s contribution – an oral performance recorded in a few lines in Galland’s diary – is ultimately unknowable.” Seale also added that “in many ways [‘Aladdin’] is a classic piece of early 18th century French literature, with its charm and its bigotries.” In other words, while he had a Syrian source, a French guy with a European colonial view of Asia brought us the original Aladdin.

The story’s exoticism — a xenophobic view of other cultures, or people from those cultures, as being somehow strange, unfathomable, or alien — is entrenched in that framing. A specific flavor of exoticism is Orientalism, an idea famously conceptualized by Edward Said. Said was a leading figure in early postcolonial research, and in his 1978 book Orientalism, he outlined literary and narrative tropes that US and European writers used (and still use) to portray Asia and the Middle East as bizarre, regressive, and innately opaque and impossible to understand. The othering of these cultures often takes the form of romanticized depictions of these regions as mysterious or mystic fantasy lands, framed through a colonial perspective.

What’s fascinating about the origins of this tale is that, even though 1001 Nights has been traditionally translated in English as Arabian Nights, the original story was set not in the Arab world, but in China. Early 19th and 20th-century versions of the story clearly show Aladdin as culturally Asian.

You could even still find many stage depictions of Aladdin as culturally Chinese well into the 20th century, such as in this yellowface production of a British pantomime from 1935:

But the Aladdin myth also was a cultural hodgepodge, with many depictions of the story freely mixing Chinese elements with European elements. In an 1880 musical burlesque version, Aladdin appeared to have been played by an actor in yellowface, with a contemporaneous setting that seems culturally European:

This tendency to modernize Aladdin continued into the 20th century. As we can see from this archival photo from a 1925 stage production, the story was often presented as a hybrid tale of the exoticized Orient meeting modern English-language styles and fashions.

Following the rise of Hollywood, however, European and American storytellers gradually began transforming Aladdin into a Middle Eastern tale. Movie studios played up the exotic setting and emphasized cultural stereotypes.

And no Hollywood production did more to solidify this change than Disney’s animated version of Aladdin.

Perhaps in response to its alleged roots as a Syrian story, the 1992 animated film transplanted the fictional Chinese city of Agrabah to somewhere along the Jordan River. But Disney also gave the film several architectural and cultural flourishes that seem to hail from India — like basing the Sultan’s Palace on the Taj Mahal.

The 1992 film revels in a lot of Orientalist stereotypes: Its mythos reeks of mystical exoticism, with Agrabah explicitly described as a “city of mystery.” Jasmine is a princess who longs to escape an oppressive and controlling culture; her ultimate aim is to gain enough independence to marry for love rather than political expediency, which made her strikingly evolved for the time but seems hopelessly limiting now. Meanwhile, her father, the sultan, is a babbling, easily manipulated man-child. The citizens of Agrabah are frequently depicted as barbarous sword-wielders and sexualized belly dancers. Worse, the opening song, “Arabian Nights,” originally contained the ridiculously racist line, “They cut off your ear if they don’t like your face / It’s barbaric, but hey, it’s home.”

Perhaps most crucially, the film renders its heroes, Aladdin and the Genie, as culturally American. Their wisecracking street-smarts, sheer cunning, and showy braggadocio are all coded as things that set them apart from the residents of Agrabah, and Robin Williams’s famously improvisational jokes as Genie are anachronistically drawn from contemporary American pop culture. In essence, it’s very easy to unthinkingly read Aladdin and the Genie as two Yankees in a land full of exotic Others.

This take on the story became the definitive one, so to release a new version of Aladdin in 2019 is to grapple with all of this baggage at a time when audiences are less likely to turn a blind eye toward it. Things got off to a rocky start: The choice of Ritchie as director — great when it comes to snappy street action, but less so when it comes to nuanced portrayals of race — didn’t exactly inspire a ton of confidence.

Then came one casting controversy after another. An early report that Ritchie and Disney Studios were having trouble casting the lead role, in part because of alleged difficulties finding Arab and Asian actors who could sing, drew outrage from fans. Then the production was criticized for casting ethnically Indian British actress Naomi Scott as Jasmine, instead of a Middle Eastern or Arab actress. And then news that the film had added a new white male character to the cast, played by Into the Woods’ Billy Magnussen, raised more eyebrows. (His role ultimately turned out to be a bit part added for comic contrast to Aladdin.)

To top it all off, reports that Disney had been “browning up” some actors on set sparked flabbergasted reactions and drew a swift response from Disney, noting that “great care was taken to put together one of the largest most diverse casts ever seen on screen” and that “diversity of our cast and background performers was a requirement and only in a handful of instances when it was a matter of specialty skills, safety and control (special effects rigs, stunt performers and handling of animals) were crew made up to blend in.”

Given all of this, skepticism over the film has run rampant. Disney and Ritchie seem to have taken pains to deliver a respectful film: They’ve written more three-dimensionality into most of the main characters, especially Jasmine and the Genie, and they’ve removed much of the exotic stereotypes of the film’s predecessor. Still, there remains a lack of confidence in their final product. The Council on American-Islamic Relations noted before the film’s US debut that “as seen through the trailer, the racist themes of the original animated cartoon seemingly reemerge in the live-action remake, despite efforts by Disney to address the concerns from 25 years ago.”

Then there’s the tense sociocultural context in which this new live-action film is appearing. At any other time, Aladdin might have been little more than a dose of multiculturalism, but it has emerged at a moment when global politics are deeply fraught, progressives have fought hard for ethnically diverse and authentic cinema, and extremists — everyone from actual radicals to media fans engaging in online review bombing — have demonized and attacked the very idea of multicultural representation. The Council on American-Islamic Relations was also wary of this, warning that releasing the film “during the Trump era of rapidly rising anti-Muslim, anti-immigrant and racist animus only serves to normalize stereotyping and to marginalize minority communities.”

All of these factors have created a rocky path for the movie, and seem to have hindered its route to finding critical success; currently, reviews are decidedly mixed. But Disney is a global powerhouse whose films can shape cultural perceptions for generations, and Aladdin will doubtless have plenty of pull at the box office. So for better or for worse, Aladdin’s crossed cultural signals and its troubling legacy will probably be with us for a very long time to come.

Correction: This article originally stated that Aladdin most likely had no Syrian source. It has been updated to provide additional information and context on Syrian storyteller Ḥannā Diyāb.