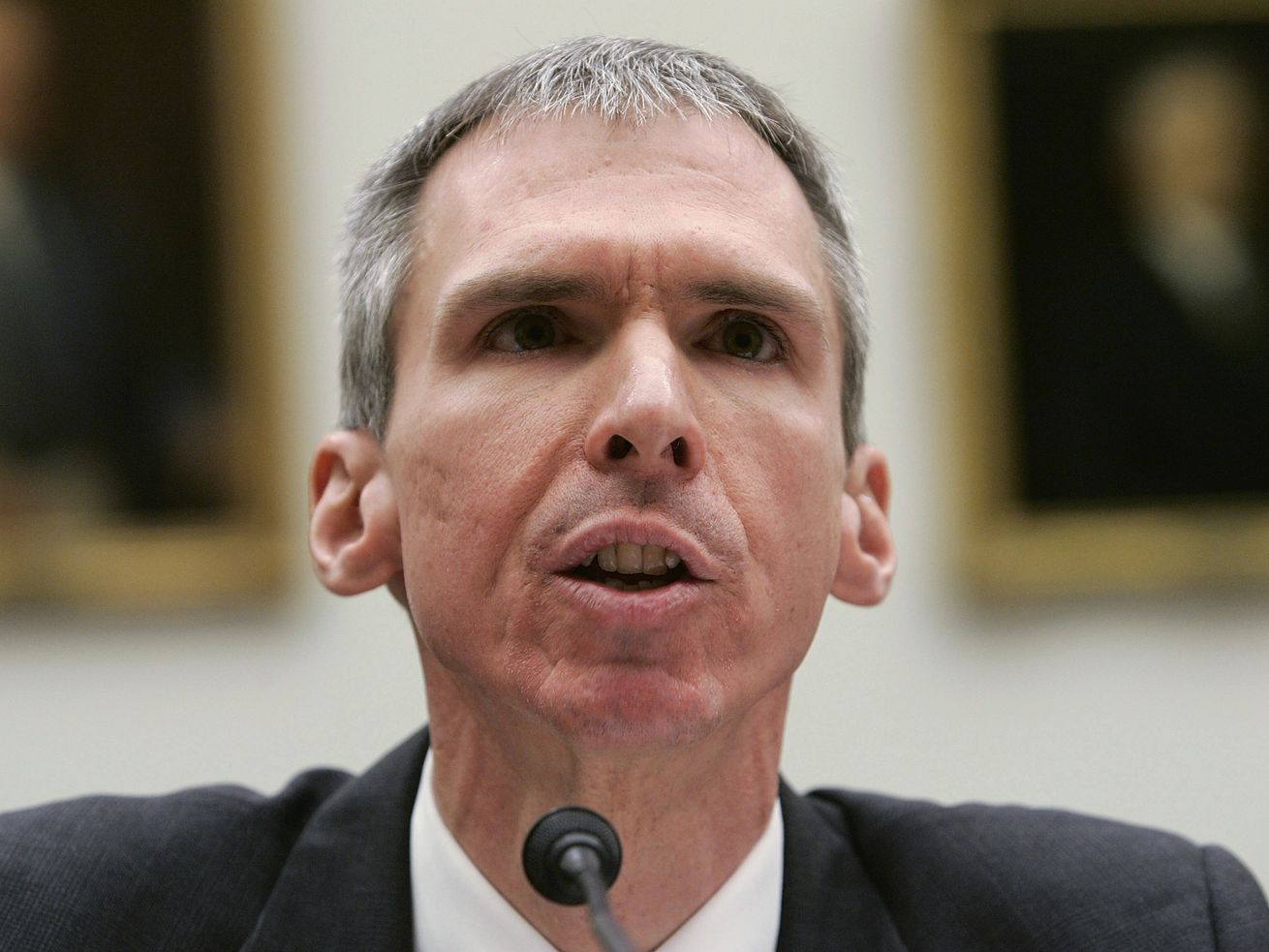 CHICAGO — In 1990, Patti Ernst was 35 years old and 16 weeks pregnant and found herself in a devastating medical situation. Her water had broken five months early, during a prenatal procedure testing for abnormalities that went horribly wrong.

Her doctors, at a Catholic hospital in southwestern Chicago, said there was nothing they could do. Ernst said they essentially told her “the baby is going to be terribly deformed and probably won’t come to term, but you are just going to have to wait and be pregnant and give birth to a child that is either terribly deformed or …”

“I have a big issue with anybody that feels they get to legislate what I get to do with my body,” she said. She ultimately went to a different hospital to have an abortion.

Her congressman is Rep. Dan Lipinski, one of the last remaining anti-abortion Democrats in the House. He has voted to defund health clinics that offer abortion services, and to ban abortions at 20 weeks. He opposed the Affordable Care Act and its mandate that employers cover birth control. He speaks at the annual March for Life and attends fundraisers for anti-abortion groups.

Ernst supports Marie Newman, a progressive who supports abortion rights and is mounting a primary challenge to Lipinski. “It just never felt [Lipinski] was a Democrat,” Ernst, now 63, said, sitting in a Chicago Ridge, Illinois, home where Newman was holding a meet-and-greet.

This will be one of the most competitive Democratic primaries in 2020. And already, Newman is encountering some roadblocks. Though the district leans heavily Democratic, the national party has erected rules to protect incumbents like Lipinski. Newman says she can’t find a pollster who will work for her. Four political consultants have left her campaign because of a policy, made public in April, that the official campaign arm for House Democrats won’t do business with political vendors — like direct mail companies or political consultants — that also work for candidates challenging incumbent Democrats. Party superstars like Rep. Alexandria Ocasio-Cortez oppose the rule; she also managed to topple an incumbent in a primary challenge. But the Democratic Congressional Campaign Committee isn’t budging.

The DCCC says it’s committed to incumbents, a loyalty to dues-paying members, that it believes represent the party’s best chance of keeping control in the House. And the DCCC’s chair, Illinois Rep. Cheri Bustos, is a big proponent of “big tent” politics. Progressive lawmakers in Congress are still railing against what they see as a “divisive” policy that effectively “blacklists” groups and candidates.

The Democratic Party may need ideological diversity to regain national power, but already, Lipinski’s side of the “big tent” is looking sparse. Newman came within 2,200 votes of beating Lipinski in 2018. She’s running again, already picking up endorsements from progressive groups like Emily’s List and NARAL, as well as from 2020 presidential candidates Sen. Bernie Sanders and Gov. Jay Inslee. In a year when Democrats are newly energized around abortion rights, the Democratic apparatus protecting an anti-abortion candidate in friendly territory is raising eyebrows.

Democrats have tolerated some anti-abortion lawmakers in their coalition, but the numbers are dwindling in a party that’s adopted a pro-woman mantle. Only three sitting House Democrats regularly vote against abortion rights; Lipinski; Rep. Collin Peterson, who represents a conservative Minnesota district; and Texas Rep. Henry Cuellar. Everyone else has moved on the issue or left. Even Joe Biden, the current frontrunner for the Democratic presidential nomination, recently revised his position, saying the ban on using federal funds for abortions, which he used to support, should be overturned.

The issue has taken on new urgency in the 2020 primaries as Republican state legislatures pass stricter abortion laws explicitly designed to be brought before an increasingly conservative Supreme Court and unravel Roe v. Wade. Bustos was pressured into canceling her fundraiser for Lipinski in light of the Alabama state law banning abortions at six weeks, without exceptions for rape and incest.

But in the liberal stronghold of Illinois’s Third Congressional District, the anti-abortion Lipinski family has been in power for nearly 40 years — first Lipinski’s father, William, held the seat before passing it on to Dan — and they’re fighting against the current.

Once known for its conservative pockets, the area — surrounding Midway Airport, which spans parts of Cook and Will counties — is more diverse both socioeconomically and politically than it once was. It’s younger and middle class; the median age is 37, with a $65,000 household income, according to the most recent census estimates. There’s a growing Latinx population. Sanders beat Hillary Clinton here in 2016 by 8 points. Clinton went on to beat Donald Trump by an even bigger margin. Interestingly, Lipinski, who was a superdelegate in the 2016 elections, pledged his vote to Sanders.

But between Newman and Lipinski, only one has adopted Sanders’s worldview.

“I’m a real Democrat,” Newman likes to tell voters. “To be a real Democrat, you have to believe in the platform,” she said to Vox. She, like Sanders, identifies income inequality as the root cause of American suffering. At a Saturday morning Pet Parade in Chicago’s Garfield Ridge neighborhood, Newman led a procession of staffers and volunteers — and their dogs — with signs supporting Medicare-for-all, a $15 minimum wage, and a Green New Deal. Newman supports abortion rights, the Equality Act, and free college and thinks Immigration and Customs Enforcement should be “repealed and replaced.”

Steps behind, Lipinski’s team, in T-shirts reading “Commonsense Leadership for the 3rd District” on the backs, represented a different world of Democratic politics. In Washington, Lipinski’s commonsense leadership has translated to a vote against the Affordable Care Act and a past opposition to raising the minimum wage to $15 hour (he supported raising it to $12 but has since shifted on the issue). Lipinski voted for the Dream Act and the Equality Act for the first time this year, but with a caveat — he believes the bill conflicts with his positions on religious liberties. In the past, his immigration views have been more focused on border security than on a path to citizenship. ICE has continued to conduct raids in his district.

When describing the area, Lipinski’s staff focuses on the district’s history of conservatism. Lipinski himself cites the influx of Latinx residents as the biggest change in his district.

But Newman and her supporters say he’s espousing policies from a bygone era.

“He is stuck back in 1991 and he just couldn’t ever catch up,” Newman told Vox, praising Lipinski’s father for working on infrastructure. “It’s a misnomer to say [the district] is changing dramatically in 10 years. No, it’s just made great progress over time.”

“He just blocks out representing the district and turns to his personal beliefs to lead his vote,” Abby McEntee, a progressive activist with Indivisible and a local preschool teacher, said. “Personal beliefs are totally fine, but his job is to represent the district.”

“They’re pushing him out”

Even Lipinski’s most loyal supporters are beginning to see him as an outsider.

“He had a really close election last time, so what he has to do is find out what the constituents want and sort of modify those positions,” Albert Reiff, a 71-year-old Vietnam War veteran, said. “Like with the women and stuff like that. You’ve got to understand society is more [supportive of] equal wages for equal work, more open-minded with who you can love and stuff like that. He could do it, though. He’s not like Lindsey Graham. He is a moderate.”

At a senior fair in Summit, Illinois, Lipinski was in his element. A group of older constituents, mostly white, many veterans, lined up to share their gripes: Their grandkids were having trouble covering health care bills, the music festival at the local park was too damn loud, the DMV was too confusing. In this community, Lipinski is known for this kind of affair; he regularly holds events for seniors and veterans. His district office is known for getting their concerns taken care of. Reiff said Lipinski’s staff organized his paperwork for the Veterans Affairs hospital and got his Vietnam War medals mailed to his home.

As far as Reiff was concerned, Newman’s insurgency is a “reflection of the millenniums” — referring to the progressive millennial energy that has boosted candidates like Sanders. Lipinski operates in a different world.

Talking Trump, Lipinski chose his words carefully. According to exit polling, 18 percent of his primary support in 2018 came from Trump supporters. He treaded lightly on impeachment, saying the election was the better way to oust the president, but was undecided in the 2020 presidential primary. He wouldn’t say whether he sees the national outrage around abortion rights playing inside his district.

There’s probably a reason for that. To most in that room, his anti-abortion position was either irrelevant or unknown. There are longtime constituents, like Kathy Voigt, a 72-year-old OB-GYN nurse who voted for Lipinski in 2018, only to learn about his record on abortion after the fact. She thought, “Criminy, what have I done,” she said, noting that she plans to look into Newman’s campaign now.

Lipinski has acknowledged the pressure to conform to a progressive viewpoint in the past, telling an anti-abortion media outlet that it “greatly concerns me what the Democratic Party has done in many ways it is difficult to be a practicing Catholic.”

Lori Walsh, 75, said when walking out the door at the senior fair: “Give him good publicity. He needs it. They’re pushing him out.”

Lipinski barely hung on last time, winning the Democratic primary by just over 2,000 votes. Already, Newman is outpacing Lipinski in fundraising, with nearly quadruple the individual contributions. She spent the end of last year working on local campaigns to learn even more about the district. Walking through a local farmers market, introducing herself and passing out stickers, she said roughly half the people she comes across at community events know who she is.

But House Democrats, facing a tough year to hold on to their current majority, have made incumbents a priority. And it’s hard to find a greater beneficiary than Lipinski. Newman says her campaign has been forced to create a new way to poll the district: gathering data from outside groups, and relying more on door-to-door events.

She’s familiar with fighting against the party apparatus. The “Chicago Machine” is infamous for its dirty tricks, and while Newman can’t definitively blame the party for her loss in 2018, she has a long list of fishy happenings she’s happy to share.

She says her office internet would go out without any explanation from the service providers. Her staff’s cars would get keyed outside the office. And most shocking of all, Newman said her name didn’t show up on the ballot at all in more than a dozen precincts (Vox couldn’t find a news story reporting this, but did talk to one woman who said Newman’s name wasn’t on her ballot in 2018). This time, they will have election watchers on the ground at every polling station. Above all, she says, fighting against the machine is fighting against a negative playbook.

Her supporters see the DCCC’s now public policy in the same vein.

“It’s disappointing the DCCC is learning from the Chicago old-style machine tactics,” José Torrez, an immigration activist and educator in the district, said. “We are watching what the Democratic Party is doing. We are not Republicans; we don’t block incumbents from challenges.”

The DCCC playing in her district like the Chicago political machine was a frightening thought for Newman.

Laughing, she said only, “I hope not. The machine is pretty darn good, so I’m scared to hear that.”