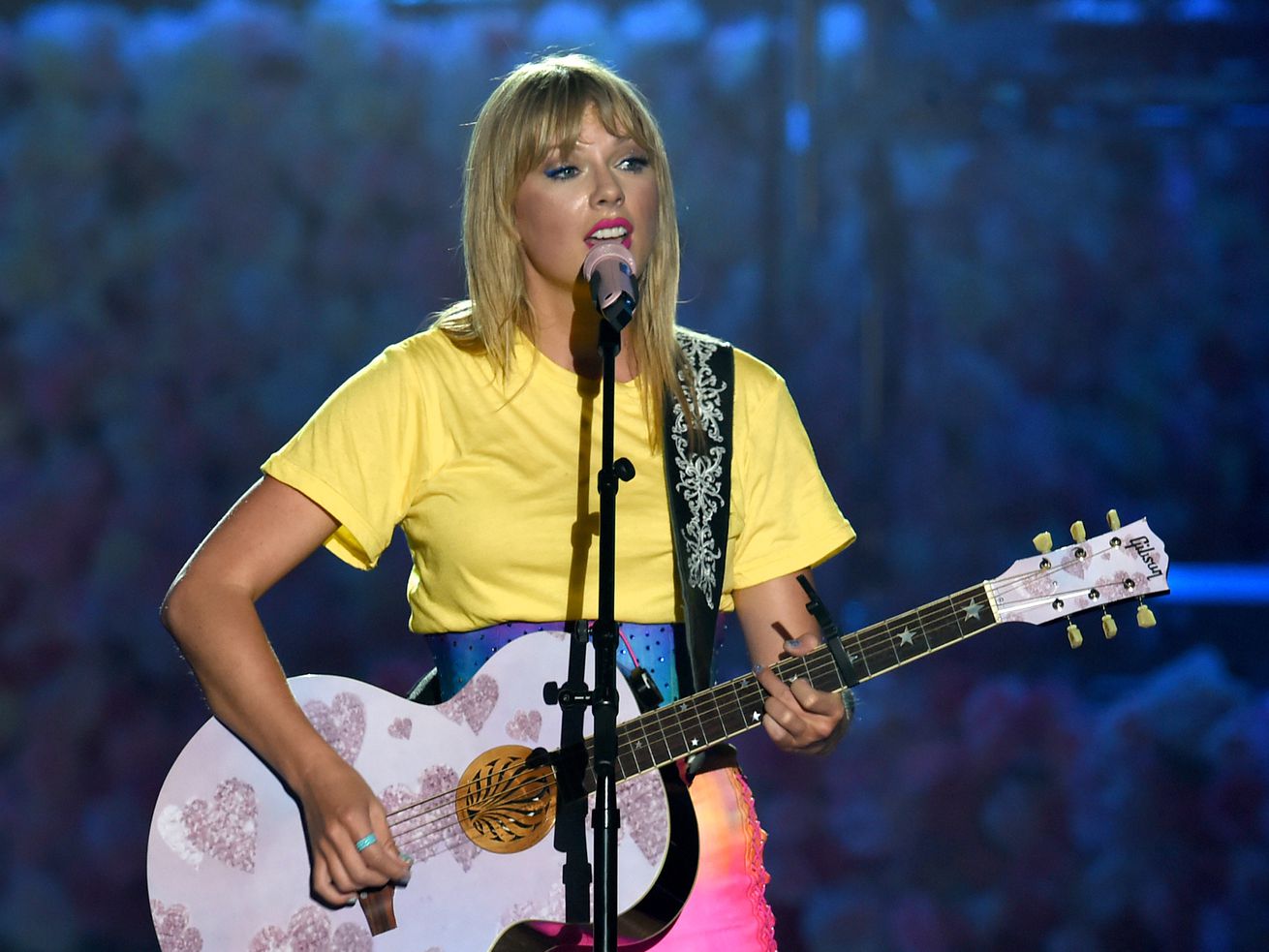 Swift’s new album Lover comes out in August, and her single “You Need to Calm Down” drops June 14.

After months of teases, Taylor Swift has at last announced her new album. It’s going to be called Lover, and it comes out August 23. It will include 18 tracks, and a new single, “You Should Calm Down,” will drop at midnight on June 14. Per Swift, it will be “romantic.”

Swift released Lover’s first single, “ME!” on April 26, after launching an Easter Egg-filled campaign on social media. She banished from her Instagram the moody blacks and reds of her Reputation era, and took to wearing pastel rainbows and butterflies while a giant clock on her website counted down to April 26.

Swift has been heavily positioning this new album as a return to form: After spending the Reputation years in black leather, obsessing over the haters who called her a snake, Swift hints that Lover will see her turning back into the sweet girly girl who sang cute songs about Romeo and Juliet circa 2009. And in case you didn’t quite grasp that this is what was happening, she opened “ME!” with an image of a snake turning into a cloud of butterflies.

It’s an open question whether the image shift will pay off for Swift. “ME!” was, by Swift’s standards, a bit of a flop. It peaked at No. 2 on Billboard; as Vulture points out, that makes it “the first lead single from a Swift album to not instantly hurtle to No. 1 in nine years.” Even Reputation’s much-despised “Look What You Made Me Do” debuted at No. 1, but “ME!” lost out to “Old Town Road” in its fifth week on the top of the Billboard.

“ME!” also garnered a lukewarm reception from critics who called it generic and bland, although as Swift’s defenders are quick to point out, her lead single is traditionally the blandest and least representative song of the album. Things tend to get more interesting with the second single. (Think “Shake It Off” vs. “Blank Space” in 1989.)

Taylor Swift is still a giant force in pop music, but the pressure is on with Lover for her to prove that she’s going to stay that way. She has two months to make her case.