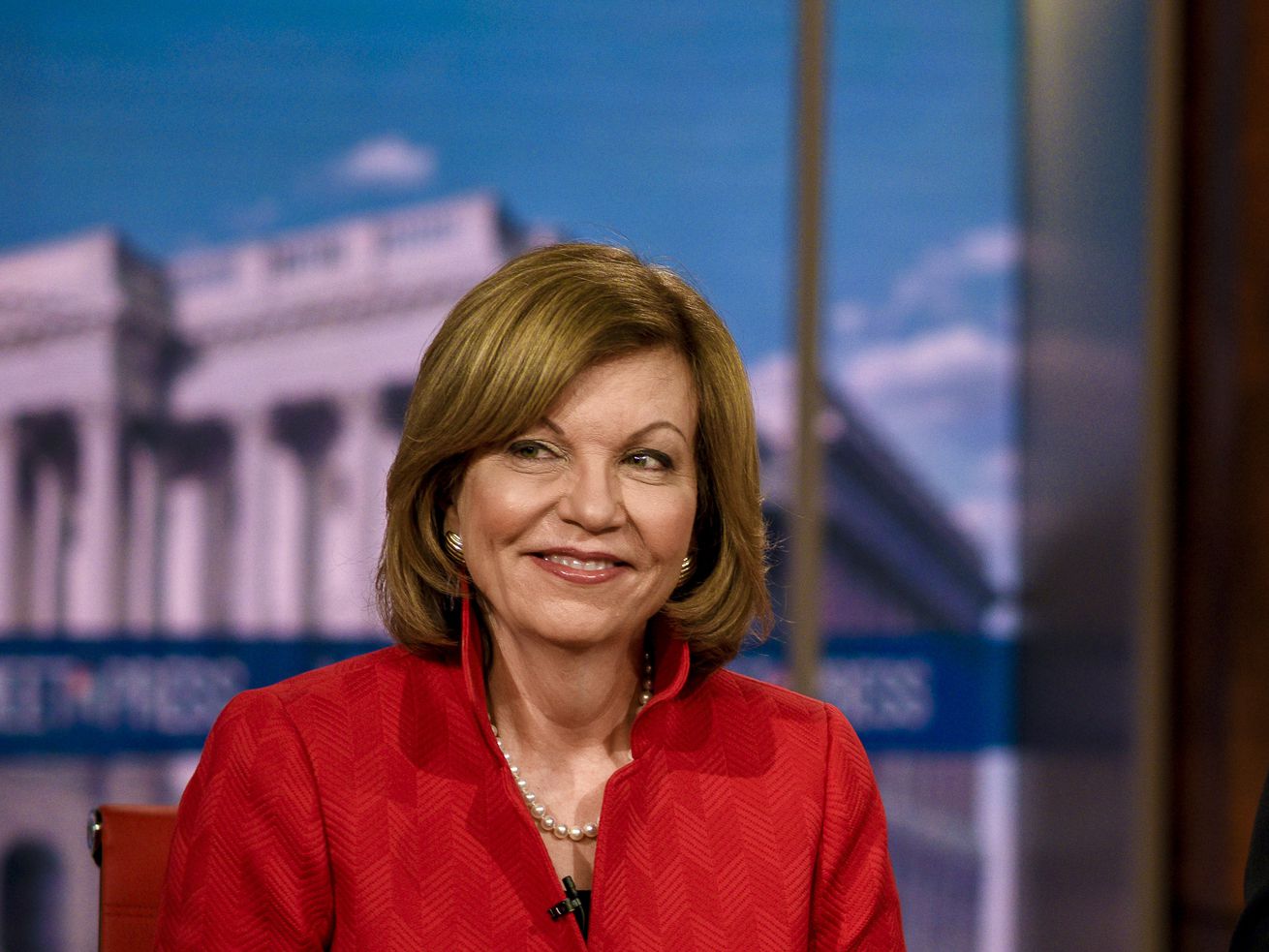 She’s recently been the subject of scrutiny.

Page will have the job of pressing Vice President Mike Pence and Sen. Kamala Harris on key questions, ensuring they stay on subject, and urging them to respect time constraints — all things that Fox News anchor Chris Wallace had difficulty doing during a tumultuous debate last week.

”I’ve tried to really think through what would be an approach that would work to keep the debate on track,” she told USA Today.

Page has been a longtime reporter in Washington, covering six administrations and several presidential campaigns. She’s also the author of a biography about former first lady Barbara Bush called The Matriarch: Barbara Bush and the Making of an American Dynasty and has another book in the works about House Speaker Nancy Pelosi.

Page recently came under scrutiny for her role in throwing a party to celebrate the appointment of two Trump administration officials: Centers for Medicare and Medicaid Services Administrator Seema Verma and Secretary of the Air Force Heather Wilson. According to a House investigation, taxpayers covered part of the cost of the event, though Page has said she did not know this and paid for expenses herself. In a statement, USA Today told the Washington Post that her actions upheld the publication’s ethical standards, and that she “was not paid or reimbursed by the federal government.”

Page will ask questions about nine subject areas on Wednesday, allocating 10 minutes to each. The debate — which will be the only time Harris and Pence face off in this setting — takes place just a few weeks before the election, and days after President Donald Trump was diagnosed with the coronavirus.