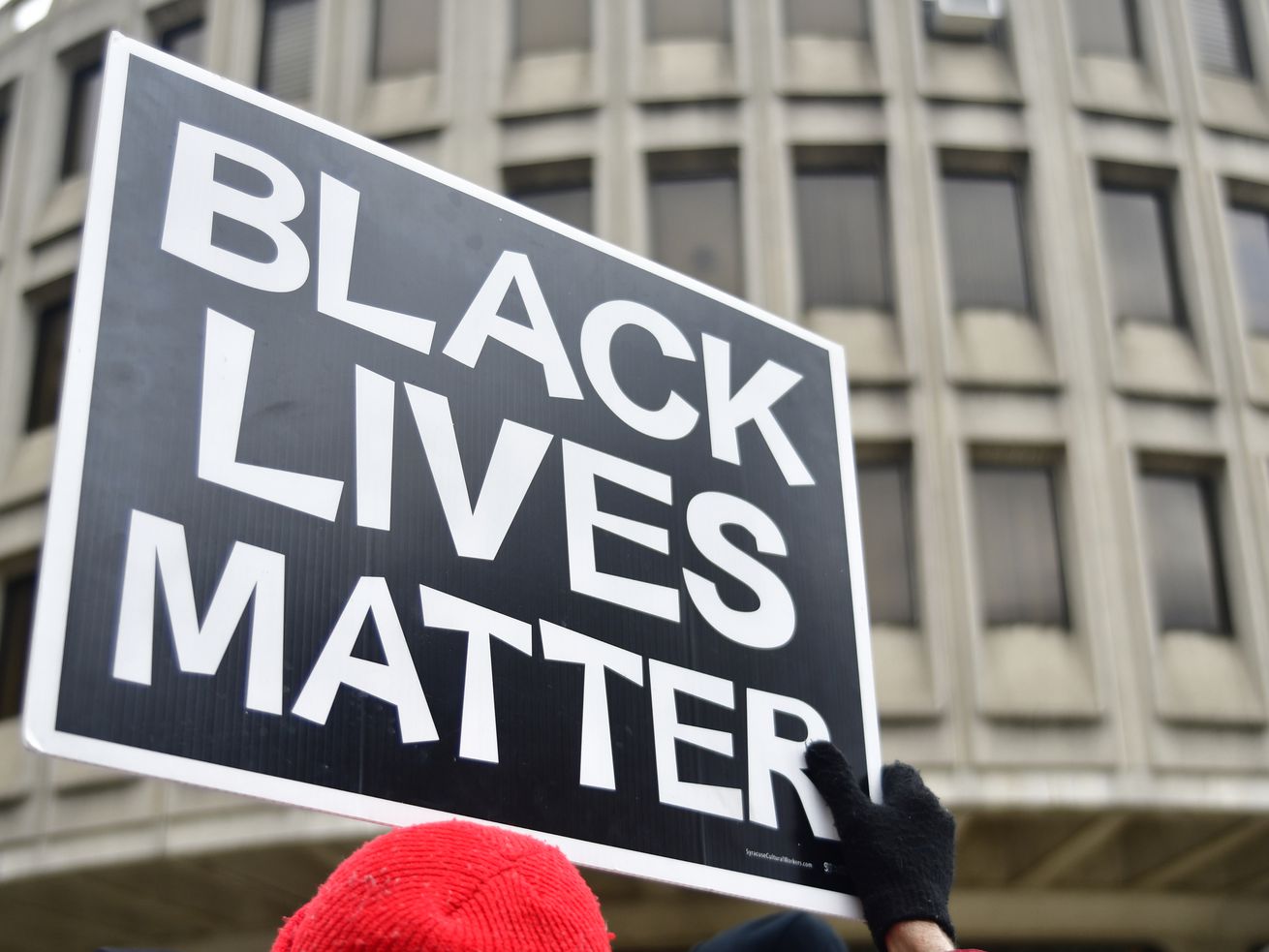 The Unitarian Universalist Church of Fresno and the ACLU of Northern California argue that local election officials violated the church’s right to free speech.

In recent years, chants of “black lives matter” have served as a rallying cry for activists and communities of color looking to call attention to a number of racial disparities. But a California church’s decision to put up its own Black Lives Matter signs in a predominantly white area allegedly drew complaints that cost the church its position as a local polling place, according to a new lawsuit.

In the November 2016 and June 2018 elections, the Unitarian Universalist Church of Fresno served as a polling place. But in August 2018, Fresno County Clerk and Registrar of Voters Brandi Orth contacted the church, saying its two large yellow banners, each stamped with the phrase “black lives matter,” were making residents uncomfortable. The church refused to change or remove the signs.

In a federal lawsuit filed on Monday, the church, with the assistance of the ACLU Foundation of Northern California, says Orth later removed the church from the list of polling places open during the November 2018 midterm election, replacing it with another church a mile away. In doing so, Orth “violated Plaintiff’s right to free speech,” according to the lawsuit, which calls for the Unitarian Universalist Church of Fresno to be reinstated as a polling place.

Rev. Tim Kutzmark, the pastor of the church, says the Black Lives Matter banners are not political speech, and the church has a right to display them. “They are a theological statement,” he told the Washington Post.

The ACLU adds that at a time where stories of discrimination and allegations of voter suppression are widespread, the church is being unfairly punished for supporting black communities.

The new lawsuit intends to “call attention to the problem of systemic racism in Fresno, in addition to the violation of the church’s First Amendment free speech rights,” Mollie Lee, a senior staff attorney with the ACLU who is involved with the lawsuit, told the Post.

The main question in the Fresno lawsuit revolves around if the two “Black Lives Matter” banners qualify as “electioneering” — a term that refers to any effort to persuade a voter to vote for or against a specific candidate or proposal. Under California elections law, electioneering is prohibited within 100 feet of a polling location.

Kutzmark and the ACLU argue that the answer to that question is clearly no, explaining that the signs were more than 200 feet away from the entrance to the church and that the phrase “black lives matter” is “non-partisan and non-political.”

“The Church’s Black Lives Matter banners were not electioneering,” the lawsuit states. “They did not advocate for or against any candidate or measure on the ballot, and they were displayed more than 100 feet from the polling place at the Church.”

According to the ACLU lawsuit, and a November 2018 article from the Fresno Bee, Orth’s office first expressed concern over the signs in August 2018, when Orth directed an elections manager named Rachel Lopez to tell the church that complaints had been made about the signs.

The ACLU lawsuit argues there was actually only one documented complaint from a local resident. In that complaint, a local resident claimed that the church’s signs represent “a known domestic terrorist group” and that his earlier objections to the signs were ignored by elections officials. Shortly after he asked if the signs would be allowed to remain outside of the church during the November election, Orth sent an email to Lopez, suggesting the church be told to cover the sign.

The lawsuit notes that after the church refused to do so, the polling place moved to the nearby CrossCity Christian Church, which received complaints that it “displays controversial religious symbols and slogans” (the lawsuit does not detail exactly what these symbols and slogans were). The suit says Orth did not attempt to get CrossCity to change its signs or remove its status as a polling place.

Orth and Fresno officials have not publicly commented on the lawsuit. But last year, Jordan Scott, a spokesman for the Fresno County Administrative Office, said the Unitarian church “has not violated any election policies and we have no concerns with their views or display.”

Even so, he argued that the county had a right to move the polling place because “the calls received from voters in the area indicated that the location may risk discouraging voters from turning up.”

According to Kutzmark and the ACLU, the removal of the church’s polling place designation fits into broader racial issues in the area. The lawsuit specifically claims that “the impacts of racism in Fresno County are pervasive and profoundly harmful,” pointing to local disparities in life expectancy, wealth, and infant mortality between black communities and more affluent white residents.

The fact that current tensions in the county center on a Black Lives Matter sign also makes the Fresno polling location dispute part of a larger set of criticisms that have been lobbed at Black Lives Matter activists and supporters for years. Activists’ calls for police accountability and racial equity have been repeatedly framed as anti-police by a number of people, including politicians, law enforcement agencies, and President Trump, and activists say they have been subjected to surveillance and harassment.

There have been other recent examples of people being penalized for discussing the stories that fueled the rise of Black Lives Matter or speaking positively about its message. In one example from early June, high school valedictorian Rooha Haghar had her mic cut off during her graduation speech in Texas moments after she discussed the deaths of Tamir Rice and Trayvon Martin.

The ACLU lawsuit will have its first scheduling conference on September 17, 2019, according to court records. As the suit moves forward, Kutzmark says he hopes the lawsuit will force the county to reinstate his church as a polling place, and that the court will agree the church has a right to have the banners.

“At a time when we are facing voter suppression across the country, I’m hoping that no other polling place will ever be disqualified for affirming the worth and dignity of black people and other people of color,” Kutzmark told the Fresno Bee on Monday.