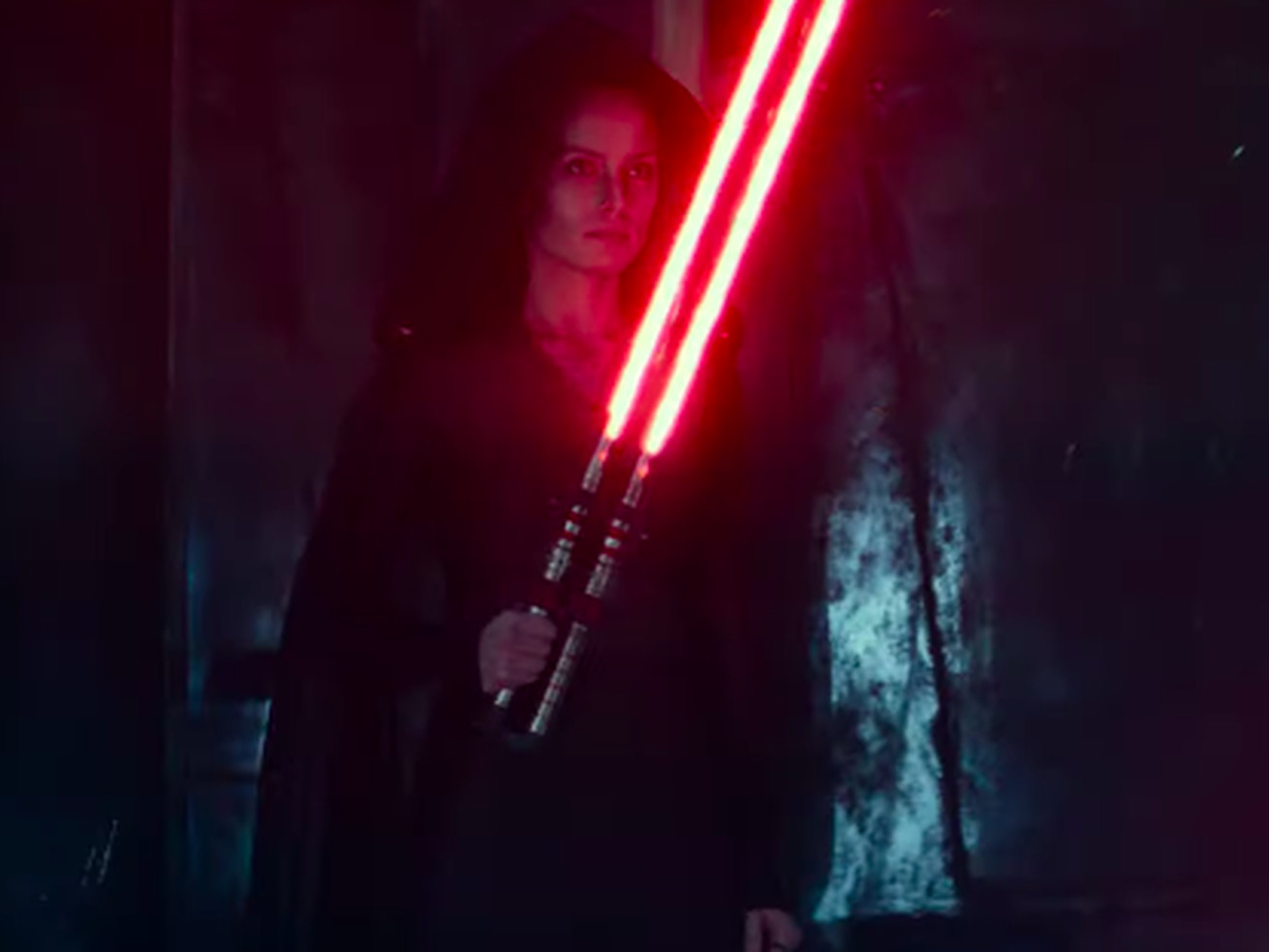 The hero of this trilogy takes a turn to the dark side in a new trailer.

The end is near. Over the weekend, at Disney’s D23 Expo, Lucasfilm shared an exclusive trailer for Star Wars: Episode IX – The Rise of Skywalker, the final film of the latest Star Wars trilogy. That trailer was then made available to all Star Wars fans on Monday.

The Rise of Skywalker’s “D23 special look” is more sizzle reel than trailer, as it contains a generous amount of footage from past Star Wars movies. It’s all about the end, and how the eight previous films in the franchise come down to what will happen in the final installment. It culminates with new footage that shows our heroes together taking a field trip to a desert locale, spaceships bleep-bloop-blinking at light speed, a new glimpse at the character known as Jannah, and Rey and Kylo Ren engaged in an epic battle.

But the real stunner in the trailer is a scene featuring a dark hooded figure. Based on what we know of dark hooded figures from Star Wars’ past, the figure seems to be evil. At the end of the trailer, we learn that it’s Rey — and she’s holding a double red lightsaber. Does this signal that she’s turned to the Dark Side? Perhaps. Though it’s more likely a tricky “vision” or “dream.”

Lucasfilm released the first teaser for The Rise of Skywalker in April, and this one builds on it. An important thing to note is the timeline of the film’s story. The Rise of Skywalker, the ninth Star Wars film in the series, won’t pick up immediately after the events of 2017’s The Last Jedi; knowing that time has passed raises questions about the characters’ disparate journeys since then and how those different paths will all come together in the finale.

Directed by J.J. Abrams, The Rise of Skywalker will be the final chapter of the latest Skywalker trilogy, following 2015’s Star Wars: Episode VII – The Force Awakens and 2017’s Star Wars: Episode VIII — The Last Jedi. Abrams, who also directed The Force Awakens, took over The Rise of Skywalker after Jurassic World’s Colin Trevorrow walked away from the film in 2017 over “creative differences.”

The new footage of Rey possibly going to the Dark Side will no doubt keep fans guessing on what this final movie is all about. At least until the next trailer drops ahead of The Rise of Skywalker’s holiday release.

The Rise of Skywalker will debut in theaters on December 20, 2019.