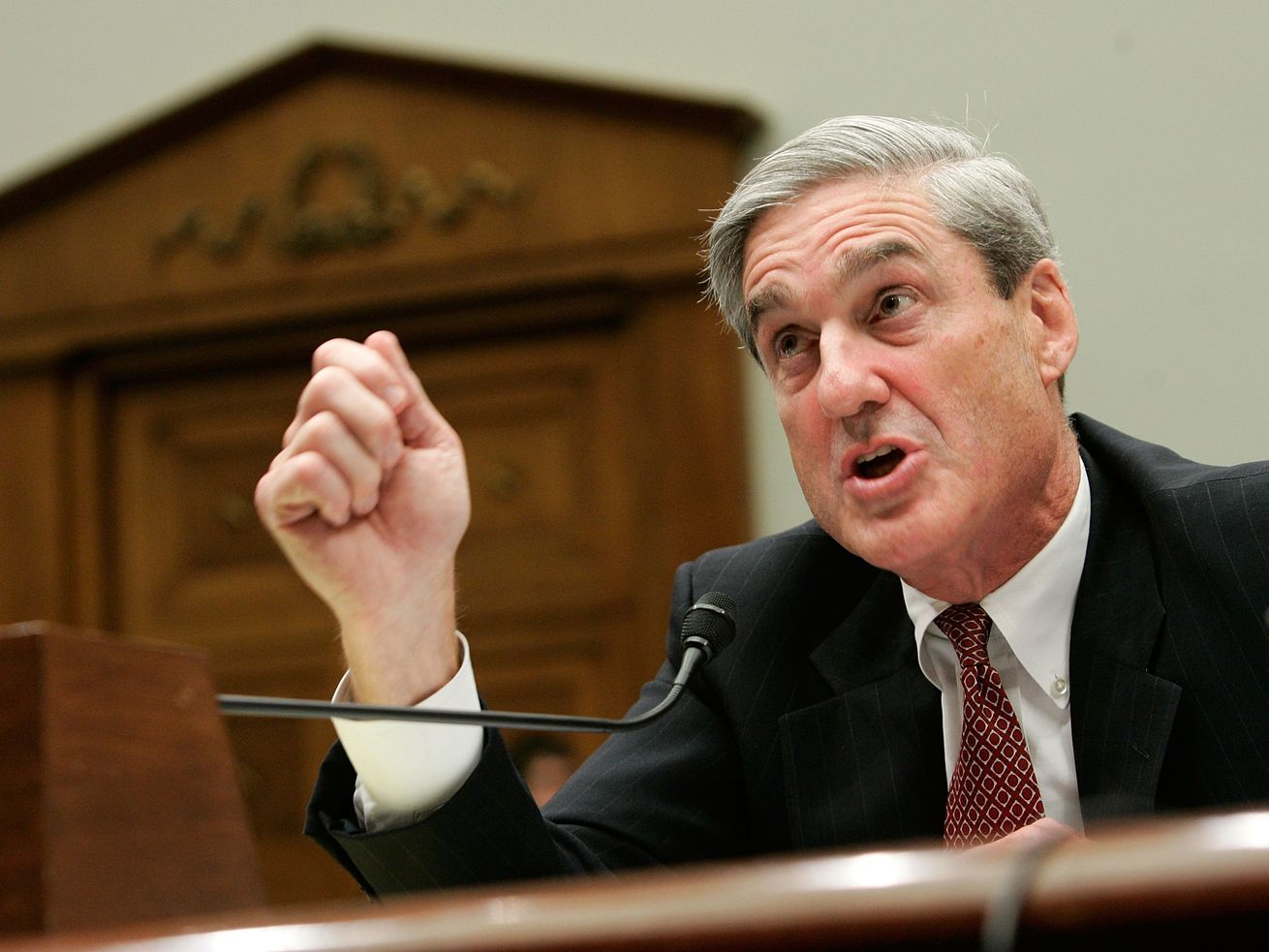 Mueller will testify before two House committees on July 17.

After weeks of speculation about whether special counsel Robert Mueller would testify before Congress, House Judiciary Committee Chair Jerry Nadler (D-NY) and House Intelligence Committee Chair Adam Schiff have announced Mueller will appear in front of their committees in July.

On Tuesday night, Nadler announced Mueller had agreed to testify, after his committee and the House Permanent Select Committee issued subpoenas. Mueller will testify in open session on July 17, according to the chairs.

“We look forward to hearing his testimony, as do all Americans,” Schiff and Nadler’s statement reads. “Americans have demanded to hear directly from the Special Counsel so they can understand what he and his team examined, uncovered, and determined about Russia’s attack on our democracy, the Trump campaigns acceptance and use of that help, and President Trump and his associates’ obstruction of the investigation into that attack.”

I am pleased to announce that @HouseJudiciary and House Intel will have Special Counsel Robert Mueller testify in open session on July 17, pursuant to a subpoena issued this evening. https://t.co/wR0CEVqpJC

We look forward to having Mr. Mueller testify, as do all Americans. pic.twitter.com/UEKihMEYXI

But don’t expect too many bombshells from the special counsel’s testimony. Mueller has been very clear about what he will and will not talk about publicly in front of Congress: He will talk about what is already in his report on Russia’s meddling in the 2016 election and President Donald Trump’s alleged obstruction. He won’t talk about what he thinks about how Attorney General William Barr handled the report’s rollout, or anything else not in the report’s 448 pages.

“The report is my testimony,” Mueller said in a rare public statement last month. “I would not provide information beyond that which is already public in any appearance before Congress.”

House Democrats want Mueller to give more information. They are deeply suspicious of the way Barr and the Trump administration handled the Mueller report rollout this spring and want to hear Mueller’s side of the story. But Mueller, seemingly afraid of politicizing the report and his role in it, has clearly said he has no desire to speak on it.

Democrats had hoped Mueller would willingly agree to testify in front of Congress, but House Judiciary Committee chair Jerry Nadler also floated the option of subpoenaing the special counsel last month if Trump tried to claim executive privilege to block it. “We will subpoena him if we have to,” Nadler reiterated in a CNN interview earlier this month.

Given the fact Mueller said his decision not to testify was his and his alone, committee chairs were hesitant to take the step of subpoenaing him, but eventually chose to. Mueller was easier to persuade than Trump administration officials, many of whom have chosen to ignore Democratic subpoenas.

Even if Mueller can’t speak to anything beyond the report, Democrats believe his testimony will be valuable as they slowly and methodically mount their campaign of investigations against Trump. Whether it will ultimately lead to impeachment is another question entirely — one House Democrats don’t appear any closer to tackling.

Twice — once in his report and once in his public statement — Mueller has said he believes Congress is the body that should decide whether Trump obstructed justice by attempting to stop the investigations into his 2016 campaign.

Even with plenty of evidence, Mueller explained why his team did not charge Trump for obstructing justice, saying long-standing Department of Justice policy prevented him from indicting a sitting president. And as Vox’s Andrew Prokop wrote, Mueller went a step further, concluding he couldn’t even state whether Trump had broken the law because “it would be unfair to the president, because the fact that he can’t be charged means he can’t clear his name with an acquittal at trial.”

Mueller instead punted a fix to Congress. After examining Congress’ role through the lens of separation of powers in the US Constitution and past court cases, Mueller concluded in his report that lawmakers are the ones with the authority to act in cases in which a president may have committed obstruction of justice.

“With respect to whether the President can be found to have obstructed justice by exercising his powers under Article II of the Constitution, we concluded that Congress has authority to prohibit a President’s corrupt use of his authority in order to protect the integrity of the administration of justice,” Mueller’s report reads.

He added this critical line: “The conclusion that Congress may apply obstruction laws to the President’s corrupt exercise of the powers of office accords with our constitutional system of checks and balances and the principle that no person is above the law.”

Mueller wrote that no person — not even the president of the United States — is above the law, and that the US Constitution doesn’t “categorically and permanently immunize a President for obstructing justice.” DOJ precedent effectively prevented Mueller from charging a sitting president but, as Prokop wrote, Mueller’s decision to investigate and lay out the potential for crimes and still not come to a conclusion one way or another sets another precedent for future presidents to act above the law — especially if they have confidence a politically split Congress won’t do anything about it.

Congress’s next steps will be critical because Mueller’s report explicitly states, “while this report does not conclude that the President committed a crime, it also does not exonerate him.”

Many Democrats viewed this as tantamount to an invitation to the House Judiciary Committee to open an impeachment inquiry — something House Speaker Nancy Pelosi and her top lieutenants have been hesitant to wade into. The Democratic leader has instead advocated for her party to continue investigating the president, even as a growing number of her caucus calls for an inquiry to be opened.

The number of calls for an inquiry grew even more after Mueller’s public statement. Even if he is simply talking about the already known conclusions of his report, there’s the potential to cause even more Democrats to back an inquiry.

The drumbeat on an impeachment inquiry is growing steadily, but whatever House Democrats do, it is a decision now out of Mueller’s hands.