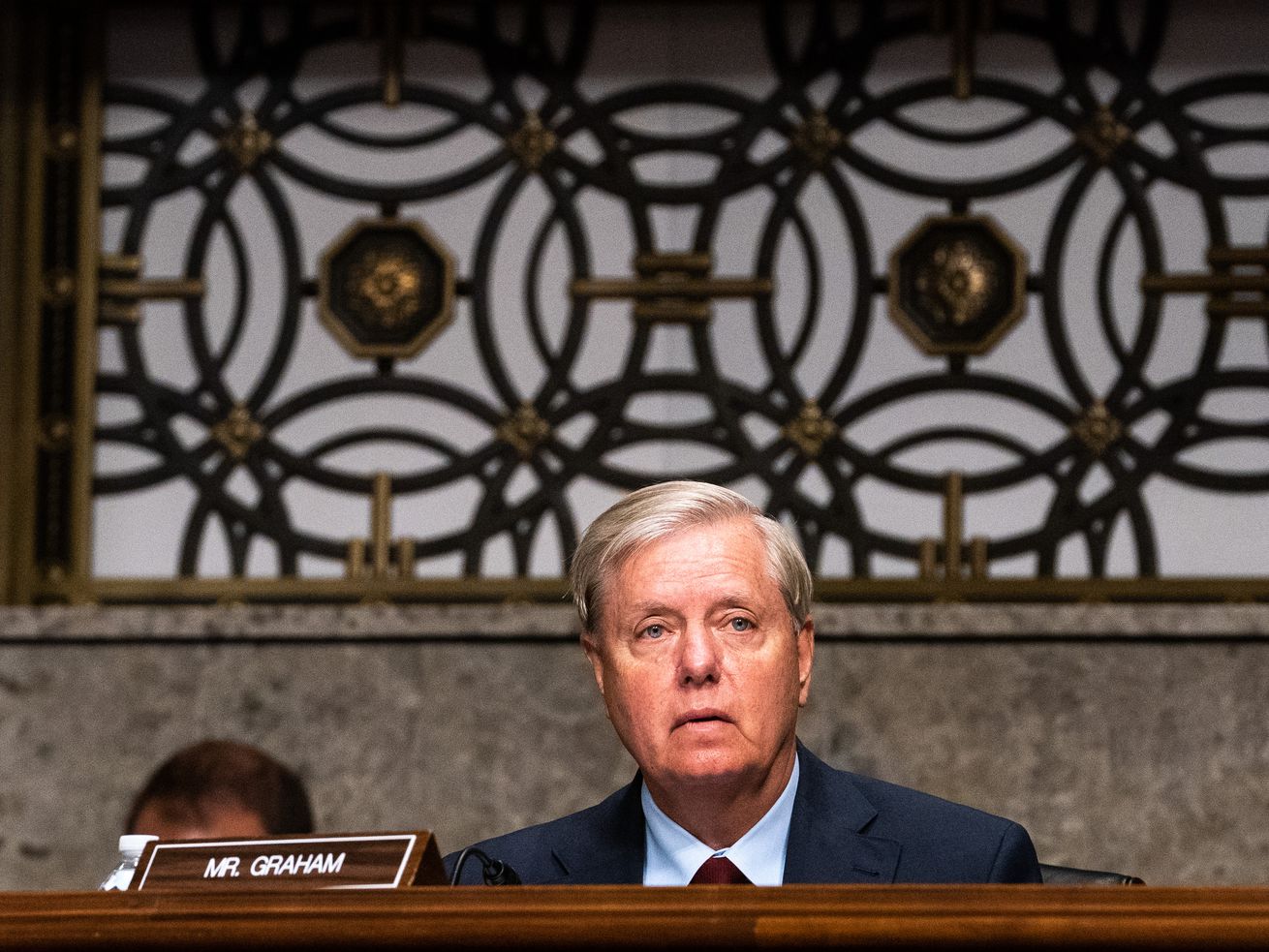 Many Republicans want a swift vote. Sen. Susan Collins, however, has argued for a different approach.

The prognosticating over how quickly a replacement justice would be nominated to the US Supreme Court began immediately as news of Justice Ruth Bader Ginsburg’s death broke late Friday evening. Saturday, Senate Republicans intensified that speculation as they increased calls to rapidly ram a conservative judge through the nominating process ahead of the upcoming election.

Friday, Senate Majority Leader Mitch McConnell and many of his Senate Republican colleagues signaled that they would work quickly to ensure a Supreme Court nominee receives a floor vote. Sen. Susan Collins, however, has urged a more deliberative process.

Some other senators who are locked in tight reelection campaigns announced their support for a vote on President Donald Trump’s eventual nominee. Sen. Thom Tillis (R-NC), who is trailing Democratic challenger Cal Cunningham in North Carolina, went one step further and pledged his support for Trump’s nominee — even though a nominee hasn’t been named as of yet. Tillis, a member of the Senate Judiciary Committee, would be able to help steer any nominee to a full Senate vote.

“There is a clear choice on the future of the Supreme Court between the well-qualified and conservative jurist President Trump will nominate and I will support, and the liberal activist Joe Biden will nominate and Cal Cunningham will support, who will legislate radical, left-wing policies from the bench,” he said Friday evening.

Questions around how Supreme Court nominations should be handled in an election year were first raised four years ago, when Justice Antonin Scalia died nine months before the election. Following Scalia’s death, McConnell refused to hold confirmation hearings for Judge Merrick Garland, who was nominated to the Supreme Court by then-President Barack Obama, arguing that it was unfair to voters to seat a new justice ahead of the election.

But Friday, McConnell reversed his position on Supreme Court nominations in an election year, essentially arguing that the rule only applied when the Senate and presidency are held by opposing parties.

Several other senior Senate Republicans who had previously argued against Garland’s appointment have also reversed their positions, now arguing for a vote on Trump’s nominee.

Regardless of what they may have once said, GOP senators now want a new justice as soon as possible

Four years ago, Sen. Lindsay Graham (R-SC) — who currently chairs the Senate Judiciary Committee — openly promised that he would not vote on a Supreme Court nominee in the final year of a Republican president’s term.

“I want you to use my words against me. If there’s a Republican president in 2016 and a vacancy occurs in the last year of the first term, you can say Lindsay Graham said, ‘Let’s let the next president, whoever that might be, make that nomination,’” he said at the time during a Senate Judicial Committee hearing.

“I want you to use my words against me. If there’s a Republican president in 2016 and a vacancy occurs in the last year of the first term, you can say Lindsey Graham said let’s let the next president, whoever it might be, make that nomination.”
Deal.pic.twitter.com/RXcCWlOhts

Graham, who is locked in what recent polls suggest is an unexpectedly close race in South Carolina against Democratic challenger Jaime Harrison, tweeted a statement Saturday that he has more recently expressed that a vacancy in Trump’s final year is different from the Garland situation. Like McConnell, Graham has more recently argued a delay is only warranted when opposing parties control the Senate and the White House.

As to my view of filling a Supreme Court vacancy in 2020, I’d encourage you to review these most recent statements.

McConnell and company were able to get away with the electoral year delay in 2016 because they had the votes to do so — and they hold the majority this year as well, meaning if they decide to hold a vote on a new justice, there is likely little to stop them.

There are, however, a number of Senate Republicans who are on the record with recent statements indicating that it would be inappropriate to hold a Senate confirmation vote so close to the election.

Susan Collins said earlier this month that she would not seat a new justice before the election or in the lame-duck session. “I think that’s too close, I really do,” she said. Collins took heat from her constituents in Maine over her vote to confirm Justice Brett Kavanaugh in 2018 as well as her stance during President Trump’s impeachment trial, and, like Tillis, has struggled in recent polls on her reelection campaign.

On Saturday, Collins suggested a middle-of-the-road approach: that the Senate Judiciary Committee begin consideration of a Trump nominee, but that no floor vote be held until after a new Congress is in session.

“I would have no objection to the Senate Judiciary Committee’s beginning the process of reviewing [Trump’s] nominee’s credentials,” Collins wrote in a statement. “In fairness to the American people … the decision on a lifetime appointment to the Supreme Court should be made by the President who is elected on November 3rd.”

Alaska Sen. Lisa Murkowski didn’t address the issue of succession in her statement on Ginsburg’s death. But earlier this year, and just ahead of the justice’s death, she said she would not be in favor of appointing a new justice so close to the election.

To prevent a new nominee from being seated before the election — or during the lame-duck session — four Republicans would need to vote against confirmation. It’s unclear at this point if there are four willing to buck the party to do so.

As figures like Collins and Graham worked to clarify their positions, some Republicans — like Texas Sen. Ted Cruz, who is on a shortlist of potential new justices Trump released recently — simply pressed ahead in calling for an immediate vote.

In an appearance on Fox News, Cruz argued that seating a new justice is necessary because there will likely be a challenge to November’s election results and an eight-person Court would be insufficient to settle such a conundrum.

We cannot have Election Day come and go with a 4-4 Court. We risk a constitutional crisis if we do not have a 9-Justice Supreme Court, particularly when there is such a risk of a contested election.

Leaving aside that a justice appointed ahead of the election would face pressure to recuse themselves, leaving the Court again at eight justices, the only candidate who has consistently stated he would contest a lost or close election has been Trump, who is currently trailing Democratic nominee Joe Biden in most national polls. And should a new Trump-appointed justice choose to weigh in, the president would be at an advantage in any ruling given a third Trump appointee would give conservatives a majority on the Court.

And, of course, Cruz’s argument is also a curious one given that his colleagues were fine with an eight-person court during the 2016 election.